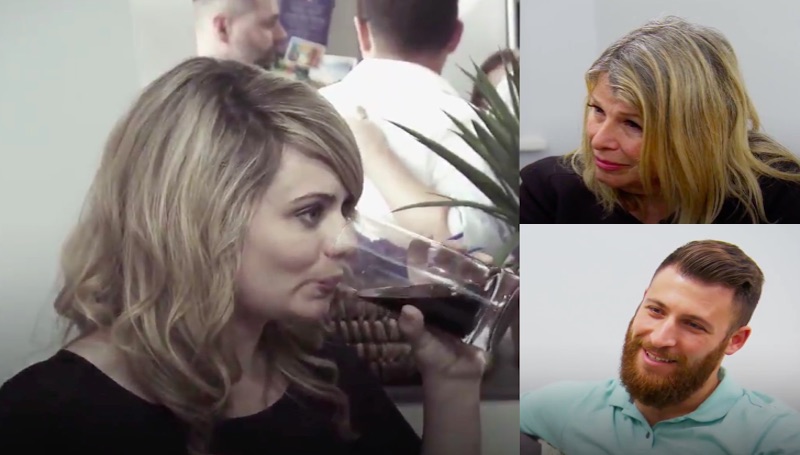 'Married At First Sight': Luke-Kate And The Alcohol Problem Confrontation

If we speak of ‘Married At First Sight’ gossips, Luke and Kate are the most discussed couples at present. Clearly, they are not getting along. Luke says that it is the lack of attraction and chemistry that he finds it difficult to make a connection with Kate.
One of the most popular theories by viewers suggests that Luke is not attracted to her because he might be gay. Another reason could be that he has a type and Kate certainly doesn’t belong to it. Fans have posted pictures of Luke with his exes, and none of them look like Kate.
The best solution to this problem is for Luke to come clean about his true feelings in front of the experts. But the reality TV star seems to adopt a completely different approach. Instead of telling how he truly feels, he is making an attempt to gaslight Kate. His motive looks like he wants Kate to blame herself. So, he is igniting the same by bombarding her with some accusations of his own.

Married at First Sight: The Confrontation Between Dr. Pepper Schwartz And Luke Cuccurullo

Things were kind of getting out of hand for the couple, and someone had to intervene. Thus, Dr. Pepper Schwartz decided to discuss the issue directly with Luke. He has already mentioned that he felt dead inside while kissing Kate. Certainly, it didn’t go well with Kate’s fans. He received a lot of criticism for his harsh remarks he made on Kate.
So, the first thing Dr. Pepper Schwartz talked to him about is the fact that he felt a pressure on his head while kissing Kate. He also admitted that there is no attraction from his side. However, Luke also mentions that no such thing has ever happened in the past. This reveals that to a great extent, Luke doesn’t consider Kate to be her type.
Luke Cuccurullo went on with the fact that he felt forced to kiss Kate. He was hopeful that over the course of time some amount of attraction might develop between the two of them. But nothing happened. Another discussion brings into light whether Luke was entirely honest about the type of women he was attracted to. Married At First Sight Fans posted pictures of him with his previous girlfriends. They are all African-American women, and clearly, there is no resemblance of any of them with Kate.

According to Luke, there is another reason why it just doesn’t spark up between the two of them. Kate’s drinking problem seems to bother him. He says that when she is drunk, she tends to get a little handsy and he doesn’t like it. However, he is not in a position to blame someone who drinks a few glasses from the two wine bottles that were a present from him. Moreover, in the housewarming party, he was open for some shots himself!
Is there are a genuine problem or Luke is just trying to gaslight Kate by blaming her? Let us know what you think in the comments below.