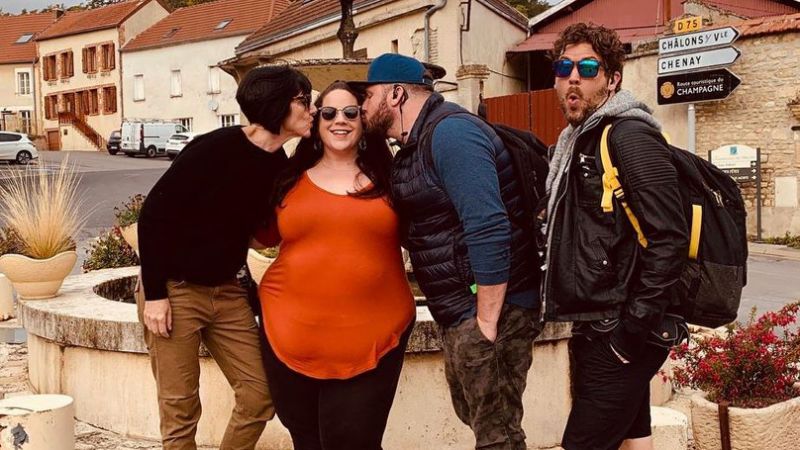 In the preview clip for My Big Fat Fabulous Life Season 7, we see Whitney meet her fiance, Chase. He is the best friend of her business partner. We also see her story unfold in a whole new way. In the end, we can see how shocked she is when Chase gets down on one knee. Let’s take a detailed look at what we can expect in My Big Fat Fabulous Life Season 7.

What Can We Expect To See?

Whitney is taking her business very seriously. In fact, the field of fitness is welcoming her well as we can see her make huge strides in her career. In a scene, her father tells her that she has to spend money to make some. Speaking of her parents, there are going to be some problems involving them that the reality TV star will have to tackle.
https://www.instagram.com/p/B5wSeilpZyq/?utm_source=ig_web_copy_link
One cause of the problem is her best friend. They shared a kiss, and for Whitney, it never went anything beyond that. Of course, after they broke up. Even Chase trusts her. But he is not so sure of that friend. He asks him whether he still has feelings for her, and there is an uncomfortable pause. In another scene, Tiffany tells Chase that she has made a commitment to him, and she can’t just cut him off. He walks away, and things get tense.
We can say that we will see Whitney and Chase in the initial stages of their relationship. Of course, now, they are happily engaged. She preferred going to Paris with her boyfriend since the beginning. When he finally proposes to her, the expression of shock and happiness is apparent on her face.

In this season, we will see Whitney move to Charlotte. This means that she won’t be as far from her parents. Greensboro is just 90 miles away from where most of her friends and family reside. Ryan and Whitney will be starring in more fitness videos online. In the beginning, we might think that things are heating up between Ryan and Whitney. But when he introduced her to his college roommate Chase, we’ll see who Whitney really has eyes for.

Whitney’s former boyfriend is now her best friend. Of course, there are going to be major jealousy issues. Moreover, Whitney’s friends will also express their concern over the couple moving too fast. Whitney will be moving on to bodybuilding if we look at career aspects.


In the beginning, she will doubt herself. But eventually, she overcomes her fears and moves forward. Stay tuned to know more about Whitney’s journey and watch the My Big Fat Fabulous Life Season 7.