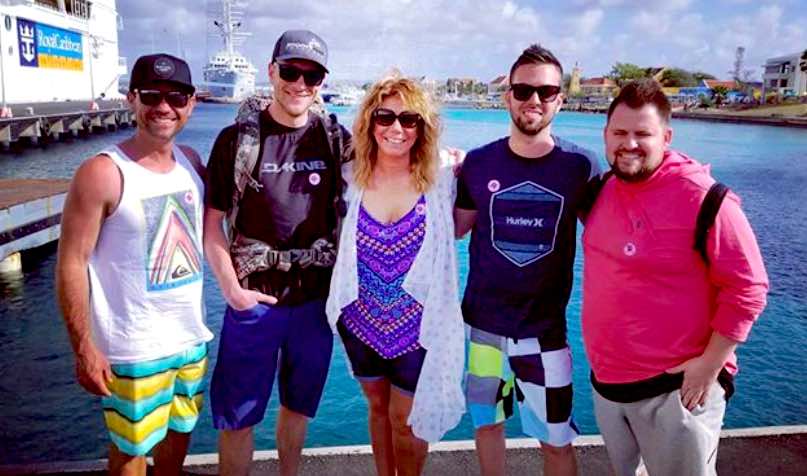 Since the Sister Wives family has been in full swing, fans couldn’t help but think that this has been dragging Meri down. The plural marriage might not be going as well with Meri Brown as we thought. Since the past few years, there has been a lot of controversy surrounding the first wife of Kody Brown. All the harsh talks are usually centered around her love life. Even though, spiritually, she is still married to Kody. But to successfully mary Robyn Brown, Kody had to divorce Meri legally.
Shortly after then, Meri’s name was dragged in a cheating scandal which caused a lot of stir in the Brown family. Even then, it doesn’t seem that Meri is actively discouraged to find some affection and love out of her plural marriage. An insider tells that Meri has gotten back out there and is dating again. Although this time, she is careful enough to keep it low-key.

Kendra Pollard-Parra, a common friend of Robyn Brown, is the insider responsible for spilling the beans on Meri’s dating life. She claims that Meri has been spotted with different suiters and is seeking out for men to date. Meri is not able to bode well with critics. Christine has been one of the leading critics of the 48-year-old mom of one. Meri’s disability to take criticism well is what lead to her being pushed away from the plural family.

Who Is The Mystery Man Meri From Sister Wives Is Dating?

It is going to be a long while till the fans are able to see the face of the gentleman Meri is involved with. Pollard-Para mentioned that the contract of the show doesn’t allow Meri or any other sister wives to be seen with another man as it will breach the entire concept of Sister Wives. She said that Meri is going to stay connected to the family for as long as possible.

Is Meri Happy Without Her Plural Family?

When Meri is shown on Sister Wives, her attitude seems sullen, and she is not at all happy. On the other hand, she looks absolutely thrilled when away from the patriarchy. Rumors also suggest that she only hangs out with the family when the cameras are rolling. Even though Christine and Meri are on the same cruise vacation, they have been avoiding each other.

Is Meri Going To Call It Quits With The Family?

A former family friend mentioned that sooner or later, it is plausible that Meri will leave the family for good. Kody spends the majority of his time with Robyn. Meri is actively putting herself back out there despite being involved in a plural family. Moreover, Kody is also seeking

another wife to add to his ever-expanding sister wives family.
Meri is successfully running a LuLaRoe business in Utah and has also recently opened an Inn. Meri’s only daughter Mariah is pursuing a graduate degree and has moved to Chicago with her fiance.
Do you think Meri is going to last with the plural family or part ways? Let us know in the comments below.