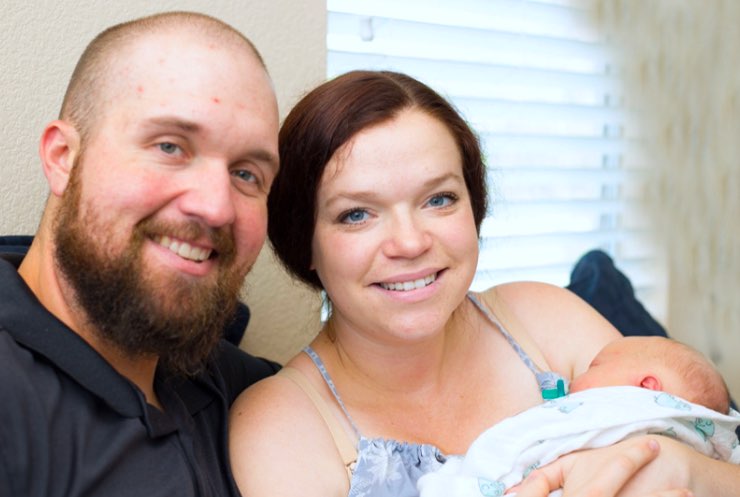 Sister Wives‘ Maddie Brown recently had a baby girl. She is born with a rare condition in which the formation of her limbs is not up to the mark. The disorder is rare, and it affects the arms and legs. Infants born with this issue suffer from a condition called tibial campomelic, fibular aplasia, and oligosyndactyly (FATCO) syndrome. For some reason, Maddie is blaming herself. Let’s take a look.

Sister Wives: Why Is Maddie Blaming Herself?

According to Screenrant, Maddie thinks that on some level, some of her habits might be responsible for her daughter’s condition. It is a formation issue inside the utero. The causes of the disease are still unknown. Even though there is no kind of medical correlation between these two, Maddie thinks that her soda drinking might be one of the causes.

Doctors knew that the girl would be born with abnormalities. In the ultrasound, Evie was missing some fingers. There were not all five fingers in her hand. She was missing a shin, calf bone, a toe, and a thumb. Two of her fingers were also fused together. The doctors are still waiting for her to turn one year old before they can perform surgery. Her condition is not a lost cause. But they have to wait for some time before the doctors can even try to correct her structure.

Maddie didn’t reveal her daughter’s condition publically until recently. She was afraid of the internet troll. As we are aware that online bullys can be pretty nasty when it comes to public figures. But at the end of the day, she decided to let people know. This way, Maddie generated some awareness about the condition. There are a lot of parents in this world whose children suffer from disabilities. She offers words of support to them.

A part of her is also relieved that it could have been much worse. But her baby is healthy, and that is what matters. She has clearly stated that no matter what, the little girl is going to get a lot of support. A few days ago, she also posted a picture of Evie on Instagram, where she revealed her disorder. Immediately, the comments section was filled with supportive statements. People were showering the little girl with their blessings.
There is a chance that Sister Wives might not return for another season. Along with Evie’s journey, e might not be able to see how Kody and the wives are doing. There are so many loose ends to cater to that the absence of another season can be inconvenient for the audience. Anyway, we’ll provide the updates on your favorite Sister Wives cast, so stay tuned!