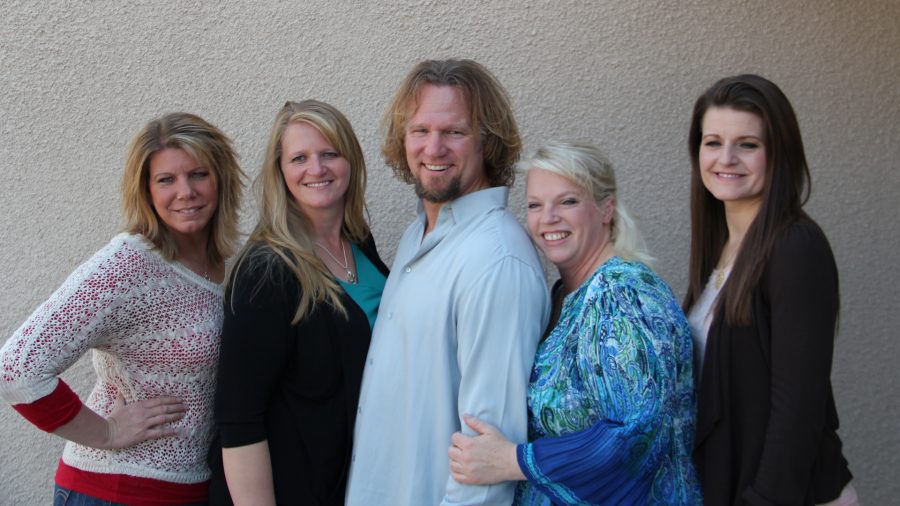 TLC is always coming up with ideas for reality shows that keep fans hooked to their screens. One such idea was ‘Sister Wives’. The concept of a polygamist family and their real-life struggles took the fans by surprise. The idea itself was controversial. Topped up with all the intrigue and drama, their life situations make up for the perfect stage for drama lovers. Kody, Meri, Janelle, Robyn, and Christine set the scene for tonnes of interesting real-life situations which the fans could not turn away from.
Even though the clan is still intact, it is interesting to watch how they resolve their kinks and move on from their differences. The relationships are intertwined, and the problems they face are beyond the understanding of the common man. But one thing is for sure, and fans are definitely not able to keep their eyes off the twisted family. Let us take a look at the top 10 shocking things that actually happened on the set of Sister Wives.


Robyn had been married before and has three children before she married Kody. But the reality doesn’t go well with her. She got a portrait made that comprises of Kody and her three children. The bizarre thing is that in the portrait, Kody looks way too young. It is from a point she did not even know who Kody was. Even though Kody liked it, fans thought it was kind of strange.

2. Banned From Their Church


The entire Brown family is quite religious and are pretty adamant on practicing their faith. But their church banned them from visiting because Kody was unable to live his life privately. Apparently, they don’t approve of them being in a reality TV show. Now, the entire family practices their faith at home. This is the only way they can continue with the show and cherish their faith at the same time.


It’s hard to imagine Sister Wives without Jenelle, right? There was a time when she was suffering from postpartum depression and packed her stuff up to leave. She went to her mother’s house with the little ones. Thankfully, the family was able to resolve the differences and Jenelle was back soon.


Marie and Caleb welcomed their first child after a tiresome home birth. The cameras were rolling after the first grandchild of the Browns stepped into this world. Before they welcomed Axel into their clan, the entire experience was so intense that even Kody’s wives were a little petrified.

5. Sister Wives Have No Problem In Sharing Kody


Even though jealousy lurks among these sister wives, they have no problem in sharing their man. However, when Kody spends too much time with one wife, things start to get heated up. Most of them are not only romantically attached to Kody, but they are also attracted to the entire concept of sister wives.

6. The Next Generation Is Not Open To Polygamy


All the Brown children who have been married till now are not in favor of sharing their spouses. And the feeling is mutual from both sides. There are many more little Browns’ weddings to come up. We are going to wait and see what kind of lifestyle they adopt.

7. Jealousy Among The Sister Wives


Even though the sister wives are into polygamy according to their will, they get jealous at times. In some cases, this is unavoidable. Kody crossed all lines when he was off to his honeymoon and Christine just gave birth. While she was facing postpartum issues, he was off having a gala time.

8. Kody And Meri Were Broke


In 2005, Kody and Meri faced their first massive financial blow. They owed enormous sums of money to almost every other person they knew. There was a time when the duo had only $5 to their names! The situation has changed drastically as of now since Kody is paid $800,000 for his property in Arizona.

9. Janelle And Meri Have A Complicated Past


Not only do they share a husband, but Meri and Janelle also share a weird past relationship. They were sister in laws before they became sister wives. Janelle was married to Meri’s brother when she fell for Kody. But they didn’t enter a union until four years later.


The Brown family is pretty traditional apart from the whole polygamy thing. They are not accepting of their children living an alternate lifestyle and want them to remain pure unless they get married. When Mariah came up with her liberating announcement, it was an intense moment. Luckily, the family has grown to love her the way she is.
What do you think about these incidents on Sister Wives? Are they too strange to digest? Let us know in the comments below.