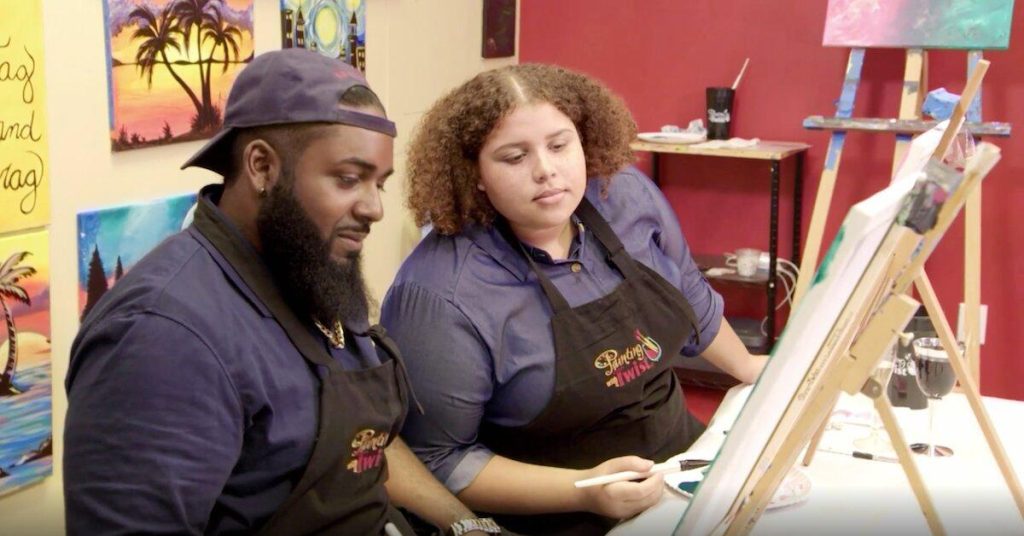 The Family Chantel: Jah Tightly Holding On To His Secret; Winter Visibly Hurt

Secrets and the Everett family go hand in hand. Just when they thought that Pedro was the only person keeping secrets from the family, fans got to know that the other sister’s husband was no saint. Earlier, Jah revealed that he is keeping a massive secret from Chantel’s sister Winter. If she finds out about it, their entire relationship can be at stake. Let’s take a look.

The Family Chantel: Too Much Drama To Handle

With a lot of drama going on, 90 Day Fiance wasn’t enough to accommodate the larger than life families of Chantel and Pedro. This lead to the origin of Chantel and Pedro’s own spinoff series, The Family Chantel. We thought that like in 90 Day Fiance, the drama would be centered around Pedro and Chantel. Boy, were we wrong about that! One of the most restless moments for fans has been the time when they were waiting for Jah to reveal his secret.
Once, Winter and Jah were discussing Chantel’s family’s involvement in Pedro and Chantel’s lives. Jah says that he feels that they indulge in their lives way too much. They should let Pedro and Chantel manage things on their own. He also said that he didn’t want their relationship to become like that of Pedro and Chantel. To that, Winter replied that their relationship can never turn out to be like Pedro and Chantel’s as they don’t hide anything from each other.
It was then Jah had a cold moment. He later revealed in front of the cameras that he is keeping a secret from Winter. Moreover, it isn’t just a secret. Jah also mentioned that the big reveal has the power to break the couple up! What could be the bombshell that is so powerful to separate a pretty strong couple? Let’s take a look.

https://www.instagram.com/p/B1CQf_cHaKk/?utm_source=ig_web_copy_link
Jah and Winter have been in a relationship for over six years. In fact, he had been thinking about popping the question. Jah confided in Pedro and Chantel for the same. However, when he stated that he wanted to marry Winter Chantel felt that she didn’t know him that well. She and her mom Karen hired the private investigator they earlier contacted to keep tabs on Pedro. Unfortunately, the investigation results were not pleasant.
All this time, Jah had been hiding a 9-year-old son from a previous relationship. Moreover, he had been paying for child support all this time. Chantel was wondering whether he has given Winter any excuse for the same. When she confronted him, he didn’t want to have that discussion in front of the cameras. At last, he had to call a cab and leave the apartment. So, we can assume that the discussion might not have gone well.
Chantel says that Winter is visibly hurt. Why do you think Jah kept one of his children a secret from Winter? Let us know in the comments below.