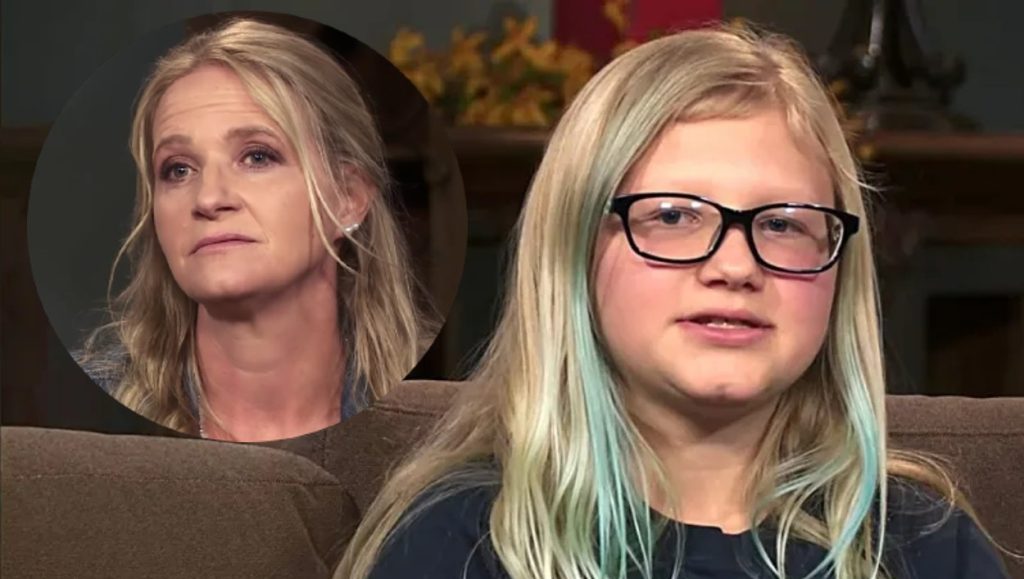 Kids are affected the most when their parents decide to part ways with each other. Hence the Sister Wives kids had to undergo several ordeals because of their parent’s divorce. Fans know that Christine Brown was the flag raiser of the divorce trend. Therefore she announced her infamous decision in 2021. Since then, the Brown kids witnessed a series of clashes, rifts, and a never-ending blame game. However, it seems that Christine’s younger one is dealing with the chaos with maturity and modesty and is now focusing on herself. Hence, as per the recent pictures of the star kid, she got a new makeover which suits her really well. We have all the information you might wish to know, so keep on reading.

The Sister Wives star kid Truely has faced a lot in her life. Apparently, she was too young to notice the ordeals and sufferings of her mother’s marriage. Fans know that Christine has six kids with Kody Brown and all are old enough to realize that their parent’s divorce was inevitable. But for the 12-year-old, all this came as a shock. Not only this, but while she was recovering from the trauma, another decision to move to Utah was imposed on her, and she had to leave everything behind and restart her life.

But it seems that the 12-year-old has finally accepted the realities of life and has coped now. Evidently, Christine’s Instagram is more about her kids. Hence, she recently shared a picture in which her youngest one was playing Rummikub with her cat Zelda. Fans loved the wholesome picture but couldn’t take their eyes off Truely. Yes, the youngest of all has got a new hair color. Apparently, the Sister Wives star kid has got blue highlights which perfectly suit her face and tone. In the picture, she sat on a chair and wore a grey outfit. Her hair was open and became the center of attraction of the picture.

Fans loved her hair color and took to the comment section to appreciate the star. A fan commented, saying that look at Truely’s new hair looks lovely. Another one chimed in and stated that her hair looked great and that she was an awesome kid. At the same time, someone said that her new hair really suits her. Hence, it seems that the star kid has decided to focus on her life rather than family drama and is living in peace with her mother.

Car Confessions! The Sister Wives star Christine recently revealed a tale of bravely. Apparently, Truely’s bold and brave nature deserves a standing ovation. The mother of six claimed that her youngest daughter recently fought a bully in her school. Seemingly, a boy was bullying another kid and wasn’t giving him pencils. All the teachers and students were convincing him to go back and sit on his bench. But he wasn’t listening to anyone. Hence then, Truely entered into the scenario and changed its dynamics.

She simply told the boy in an authoritative tone to go back and sit down on his bench. Shockingly, in just a go, he went back and sat. Hence Christine was really proud of her and gave her a standing ovation. Indeed her kids are walking on the same path as she did and are inculcating the same ethics as her. Fans are really happy that the star kid is growing up as a mirror image of her mother’s qualities. Keep coming back to TV Season & Spoilers for all the latest Sister Wives tea.