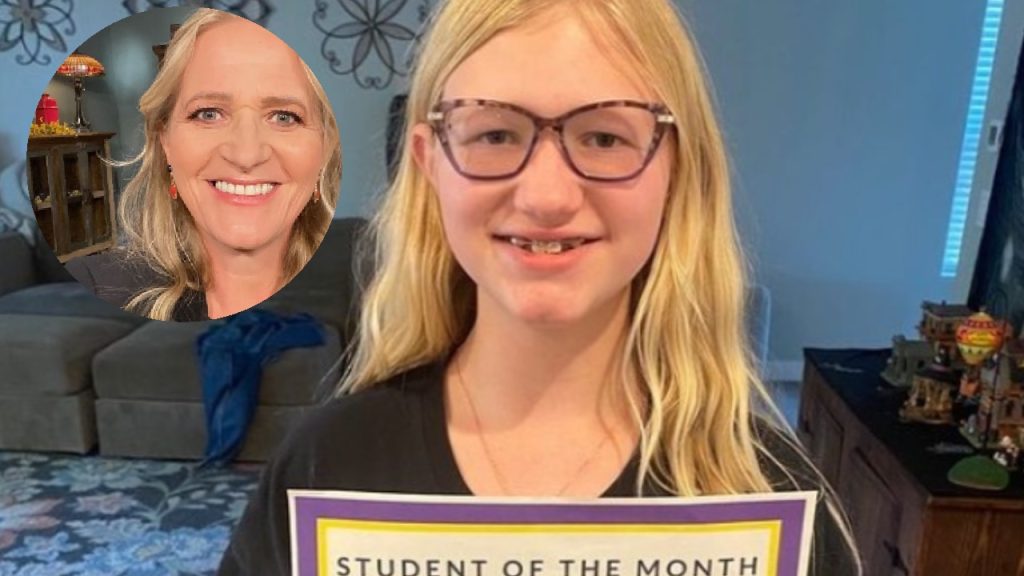 The Sister Wives fans know that the popular TV show has been really dramatic lately. Apparently, Christine started the trend of divorces in the family. She decided to part ways with the patriarch in 2021. Not only this, the matriarch made it clear that she’ll be relocating to Utah with her youngest one, Truely. However, the now exes had fierce arguments over the custody of the 12-year-old, but it seems that she ended with Christine. As per the recent achievement of Truely, it seems that staying with her mom was the best decision for the star kid. We have all the information you might wish to know, so keep on reading.

The Sister Wives star kid Truely Brown underwent a lot in her childhood. Apparently, she was very young to notice the deteriorating marriage of her parents. Hence, it was a huge shock for Truely to know that her parents were parting ways with each other. The star kid was already trying to overcome the mishap when she was told that they were relocating to Utah and she had to start a completely new life. But it seems that the 12-year-old is a strong one, and she coped with all the issues really well.

Apparently, during her car confessions, Christine recently shared a bravery incident of Truely. She revealed that in her daughter’s school, some kid was bullying another one and wasn’t giving pencils. Seemingly, the teachers and the bully’s friends were asking him to go back and sit on his bench. But the bully wasn’t ready to obey anyone. Hence, that was when Truely came into the scene and stood up firmly, and asked the kid to go back to his place. Apparently, the Sister Wives star kid’s authoritative tone was enough to scare away the bully as he went back and sat.

Christine was really happy to watch her girl have a strong personality. She further added that she was really proud of her daughter and gave her a standing ovation. Indeed Truely did exactly what her mother did in the past. Fans have witnessed Christine taking a stand for herself and scaring away Kody, who was the bully of her life. Hence, we can conclude that the mother-daughter is really good at shooing aware bullies. Undoubtedly, fans are really proud of them and are happy that Christine is raising Truely and not her father

Sister Wives: Truely Becomes The Student Of The Month For Being Respectful

The Sister Wives star kid Truely is amongst the youngest of the Brown kids. Apparently, fans know that she has been living in Utah since her parents parted ways with each other. Though children are usually devastated after their parent’s divorce, it seems that the 12-year-old is mature enough to handle such situations wisely. Hence, even after all the chaos in her life, she is still doing really well in her new school. Recently, Christine took to Instagram and shared that her daughter, Truely, was awarded the title of student of the month because she was respectful towards others.

This proud moment came just months after the duo shifted to Utah. Hence, it seems that the 12-year-old coped with the mishap within months and started to excel in her life and academics again. However, fans doubt that if Truely had been with Kody, she would have never received an award for being “respectful”. This is because her father isn’t an advocate of such manners. So, it is clear that she got this trait from her mother. Fans are relieved that the star kid’s upbringing is on point, and she’ll emerge as a strong individual with good manners. Keep coming back to TV Season & Spoilers for all the latest Sister Wives tea.