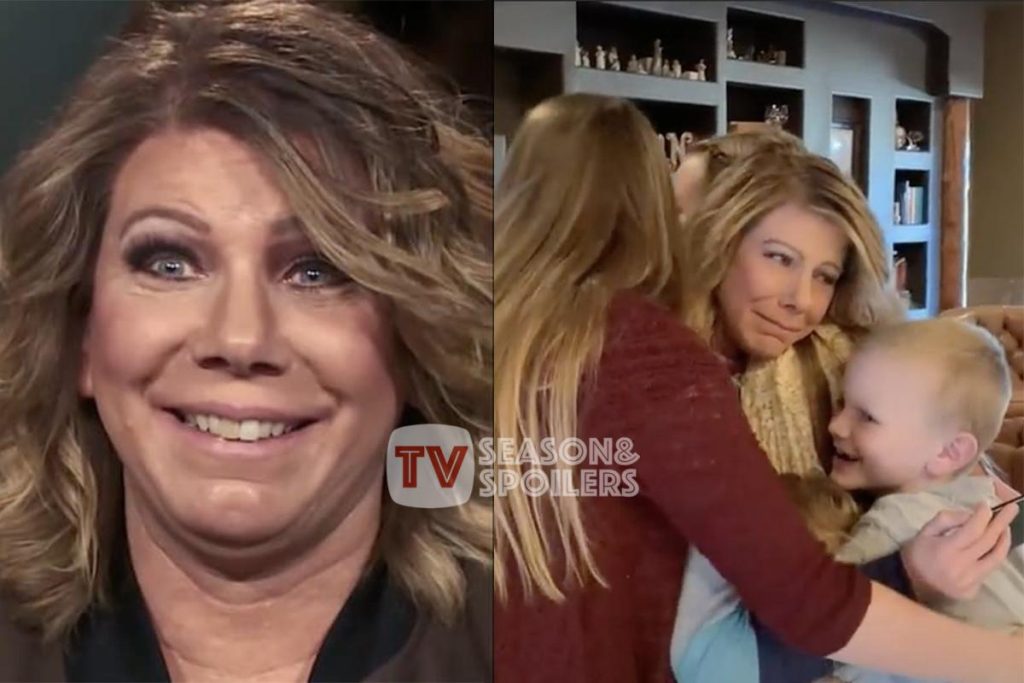 After all the drama-worthy episodes of the reality series Sister Wives, something heartwarming is going to happen. A brand new promo from the TV network TLC has shown fans are in for a treat. That’s because they will finally get to see a reunion in the show. As the latest season was in production in 2020, the episodes feature how the Brown family dealt with the pandemic. Hence, they intensively distanced from one another. Finally, however, Meri Brown got the opportunity to reunite with the youngest family members! Keep reading to know how that went down.

As the pandemic hit in 2020, the noted plural family took extreme measures to avoid the virus. Apparently, Kody Brown came up with super strict rules for all the family members to follow. Therefore, all the wives were quarantined in their own Flagstaff houses with minimal contact with one another. Out of all the wives, Meri Brown is the lone wolf. The famous first wife never gets along with Kody or the rest of the Sister Wives. Despite this, she has some great bonds in the Brown family. She shares that will all the youngest kids. As per TV Season & Spoilers, a recent promo by TLC focussed on that.

It turns out both Robyn and Kody Brown finally gave Meri the greenlight to meet their kids in person. The latter was extremely happy at this news and went to their house for a “playdate” session with the kids. In her confessional, the youngest wife also said that her children hadn’t been around “anybody else” besides her side of the family. Hence, it was a really big deal for them to “hug and touch” someone else. The clip revealed that all the kids greeted Meri warmly with hugs. Moreso, the 50-year-old got so emotional that she couldn’t hold back her tears while embracing all the little family members in a group hug.

Sister Wives: Meri Brown Trolls The Rest Of The Family With Savage T-Shirts!

Since Sister Wives began premiering on TV in 2010, all the viewers quickly came to the realization that Meri Brown stands out. That’s because she has been the least attached plural family member. Moreover, the star’s relationship with her husband Kody Brown is also quite rocky, and they refuse to indulge in one on one time. Thus, she also started to drop hints about the same through her clothes in Sister Wives Season 16.

Often in the episodes, Meri wore T-shirts that said things like “only kinda care” and “dogs > people”. Hence, it took no time for fans to realize all these references were directed to the rest of the family members, and a laughter riot began on social media. However, in all these years since the show premiered, the first wife’s bond with all the Brown kids has only strengthened. Therefore, all the viewers have been in appreciation of her for keeping her love for all the children unchanged. Keep checking TV Season & Spoilers for more such updates.