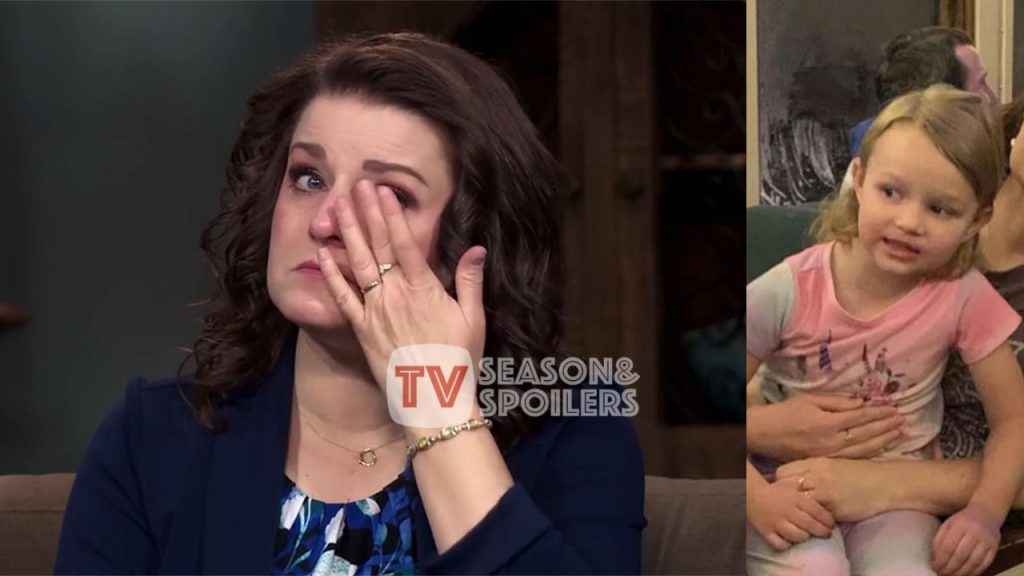 Over time, Robyn Brown keeps getting crowned as the villain in the show Sister Wives. Although the reality show is about a plural family, all the fans believe Kody Brown always prioritizes just one wife, Robyn. Hence, they keep shunning the couple for being ignorant towards all other main cast members. Now, the noted TV star has landed in trouble again. Moreover, viewers are calling out her “poor” parenting skills. Why is that? Keep reading to find out more.

Although viewers mainly focus on all the drama on Sister Wives, they noticed something else in the new episode. Apparently, the youngest Brown family member, i.e., Ariella, had something unusual going on. It turns out she had a pacifier in her mouth. This led to lots of confusion amongst all the watchers. Moreover, they felt a child who is that old shouldn’t be holding on to such a thing. Therefore, as per TV Season & Spoilers, some fans took to Reddit to discuss the matter. An account claimed that seeing the young child with a pacifier made them “fall out of their chair”. Furthermore, they claimed that this incident goes into Robyn’s “poor parenting actions” list.

Later on, some accounts tried to figure out Ariella’s age. Then a comment said that the child was four years old when the reality show was in production. Another Redditor confirmed this and was hopeful that Robyn must have “removed the pacifier” by then. That’s because the youngest Brown family member began school in the fall of 2021. According to healthline.com

, kids should be off pacifiers by the age of 3 or 4, or else it could lead to “dental problems” or “speech” defects and issues in “language” development.

Robyn Brown was the one who had been living with Kody Brown during the entire pandemic. The Brown family had a set of norms they had to follow to avoid contracting covid. Moreover, these rules were established by the family patriarch, who claimed he wouldn’t spend time with any family member who refused to follow them. As a result, both Janelle & Christine ditched the rest of the plural family and went to Utah to be with their adult kids on Thanksgiving. Therefore, the youngest wife had to break the news of having a divided get-together during the holiday with her kids.

As Robyn’s children heard what she had to say, they immediately turned against both the Sister Wives. In fact, her daughter Aurora asked whether the others “couldn’t” follow the rules or “didn’t want to”. Therefore, people from the fanbase slammed the celebrity for this act too. They feel the mother could have been a bit more polite with her words. Moreover, all the viewers didn’t feel it was proper for the TLC star to instill her opinions regarding Janelle and Christine onto her kids. Stay up to date with TV Season & Spoilers for more Sister Wives news.