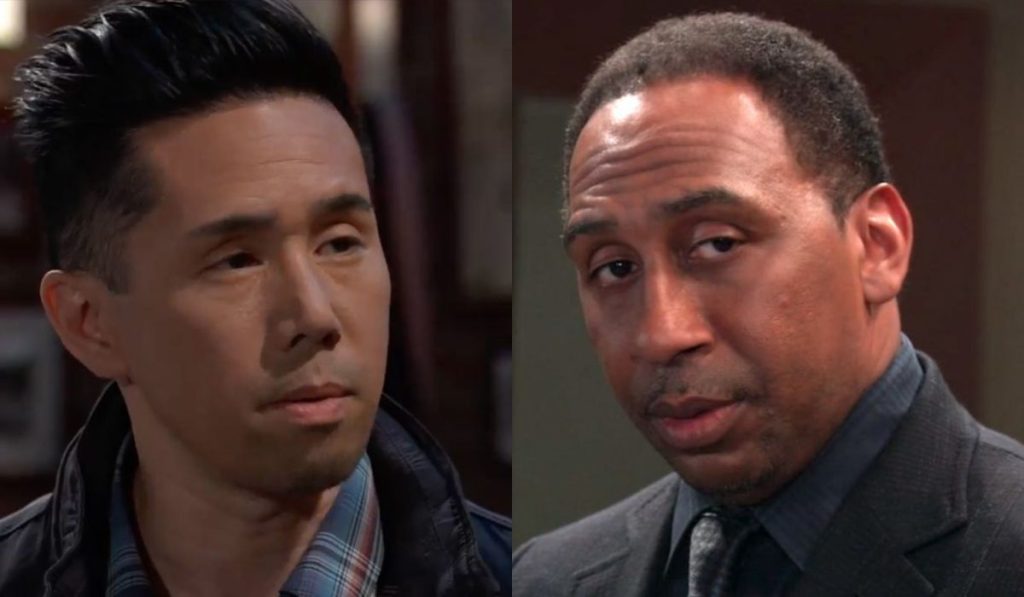 General Hospital Comings And Goings news suggest that few familiar faces will pop back up on Port Charles in the upcoming days. As per the latest news, Stephen A. Smith and Parry Shen are coming back to reprise their roles as Brick and Brad Cooper, respectively.

As per the latest GH spoilers, the mob tech guy, Brick, will come back on the canvas sometime in the week of January 14, 2022. When he returns, he will have some news for Sonny. It is likely that this will be about a looming threat to Sonny or the Corinthos organization. So, he will come in to warn him.

Not only that, General Hospital spoilers say that Brick will come to know about Jason’s death, and he will be distraught. So, he might return and grieve Jason’s loss. He will also check up on Carly upon his return. So, we will have to wait to see how things roll here.

Further, General Hospital Comings and Goings news suggest that Parry Shen will once again return to take on the role of Brad Cooper. He recently popped up for his trial. But now, he will be on his way to Port Charles. The spoilers suggest that Britt will come to know more about Brad’s past, and that will change his equations. It looks like Brad will come to Port Charles and stick around this time. So, it will be interesting to see what happens there.

Not only the adult actors but there is a shakeup in the child cast of General Hospital as well. Viron Weaver is now stepping in as Wiley Corinthos in the soap opera. The character was initially played by Theo and Erik Olsen. Then, Caleb and Kylers Ends took over the role.

But, now, Viron is taking over. His on-screen mama, Willow (Katelyn MacMullen), calls the actor a very good and sweet actor. So, lookout for a new Wiley on Port Charles. With these returns and joinings, things are about to heat up on Port Charles. So, make sure you tune in and enjoy. General Hospital airs on ABC all weekdays. Don’t miss the action.