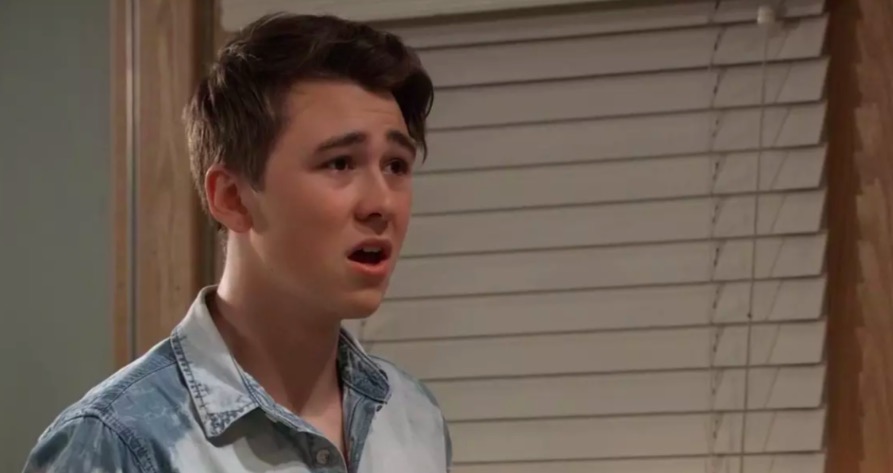 Recent General Hospital Spoilers has got fans all hopeful about Garren Stitt and his future on the show. It features Oscar receiving some good news. Even though fans might be a little relieved, they shouldn’t be, as the promo is completely misleading. Oscar might learn that he has more time than he thinks. But that doesn’t mean the tumor has disappeared. Even though it was difficult, Dr. Kim Nero and Drew Cain have somehow made their peace with Oscar’s fate. Josslyn Jacks is also now acceptant of the inevitable along with the duo.
Even though Josslyn Jacks was adamant on finding a cure that could do a miracle in the end, she is now trying to live in the moment. Now, she wants to spend as much quality time as possible with Oscar and make his final weeks count.

In most shows, they just don’t bluntly kill off the main character. Well, General Hospital is now going to be the brutal exception. Just like for any show with intense drama and miracles, fans are hopeful that something will make it all okay in the end. Unfortunately, in this case, viewers won’t be able to avoid the heartbreak as the news of Oscar’s death is confirmed. A show where the drama keeps on intensifying is set to display the highest level of tragedy.
In the world of soap operas, it is common for some magic to happen in the last hours and save the life of a beloved TV character. None of the viewers will be taken aback if a tumor suddenly disappeared. But the show seems to take a realistic and honest approach here. A brain tumor is in some cases an inoperable disease and patients lose their lives. The soul-crushing aftermath that will come with Oscar’s death is inevitable and fans will have to make their peace with it.

General Hospital Getting As Real As It Can Get

The show is highlighting a real issue and providing Oscar with a cure is going too easy on the audience. There are certain storylines in which a realistic approach is the best way to go. Most of the fans hoped for a happy ending at the last-minute. There are some dark moments ahead of Kim, Drew, and Monica.
Along with Oscar’s friends and family, fans have to accept the harsh fact that their favorite star will depart the screen. And that too, in the most tragic possible way. It is definitely going to be difficult to go through. Fortunately, we are giving you enough time to prepare for the upcoming tragedy.
As General Hospital Spoilers emerge, we will be updating them alongside. Stay tuned for what’s coming next! What do you think of this ending for Oscar? Are the showrunners correct with their decision of sticking to reality? Or would you have preferred the last-minute fairytale ending? Let us know your opinion in the comments below. Stay tuned to TV Season Spoilers for latest General Hospital

WATCH: Ryan manipulates Lulu's memory of the attack in her office at The Invader. @EmmeRylan @thejonlindstrom #GH55 pic.twitter.com/PHl6n0P6Nm