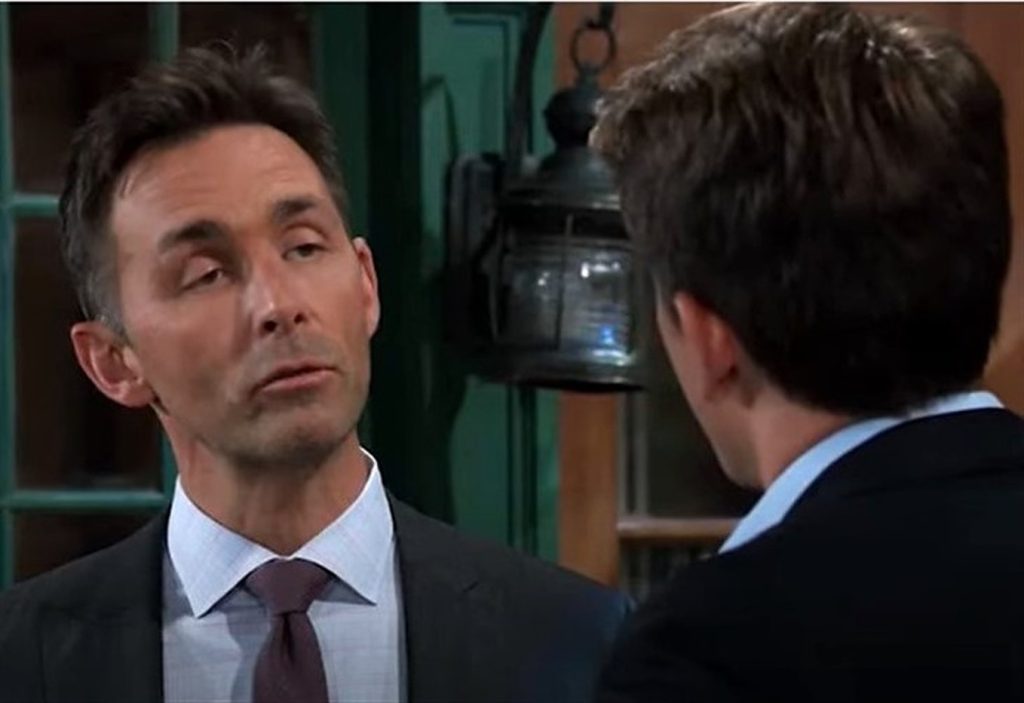 General Hospital spoilers suggest that an unexpected partnership might be in the making on the soap opera. The latest GH spoilers hint that Michael and Valentin might join hands and try to take Sonny down together. When Valentin offers Sonny to work with the Pikeman Security Group, and he refuses, Valentin might decide to eliminate him, and this could also lead to a partnership. How will everything move forward here? Here is all about it.

General Hospital: Valentin Has An Offer

General Hospital viewers know that things are about to shake up for Valentin and Sonny in the upcoming episodes. Past episodes saw Valentin reaching out to Sonny with an offer. He acted as an intermediary when he made that offer. He proposed that if Sonny was to help Valentin with some shipments, he would make $10 million for every ship.

It would be a ship of some classified merchandise and would go from Port Charles. This seemed like a lucrative offer, but given what Sonny thinks of Valentin, it seems less likely that he would want to get involved in business with him. If he does end up refusing, Sonny might land in huge danger indeed.

Further General Hospital spoilers suggest that if Sonny refuses to help Valentin, he might become a huge liability to him. Valentin being Valentin, might not take it well and would decide to eliminate Sonny. This really would land Sonny in huge danger. Of course, doing it alone would be very difficult. So, GH’s spoilers hint that Valentin might make partners with someone who also wants to eliminate Sonny. Who could this be?

The latest General Hospital spoilers relay that as Valentin decides to take Sonny down, he would need allies, and who would be a better ally than Michael? General Hospital viewers know that Michael has been after Sonny for a very long time. He is looking for opportunities to take him down. So, it is possible that Valentin might decide to join hands with Michael.

Back in the time, Valentin did reach out to Michael when he wanted him to come to ELQ and work with them. So, it is possible that the same might happen this time. Of course, for a different organization. We know that Pikeman is a real deal because Sonny has heard of them. So, Valentin and Michael might join hands to take Sonny down.

Michael’s biggest goal at General Hospital has been to take Sonny down and dismantle his organization one by one. So, he might think of this as the best opportunity. While it is very much possible that Sonny could turn the tables down the line, for now, Michael might see this as an opportunity and try to make the best of the situation. Of course, Michael and Valentin aren’t each others’ best friends, but the situation and goals might encourage them to work together.