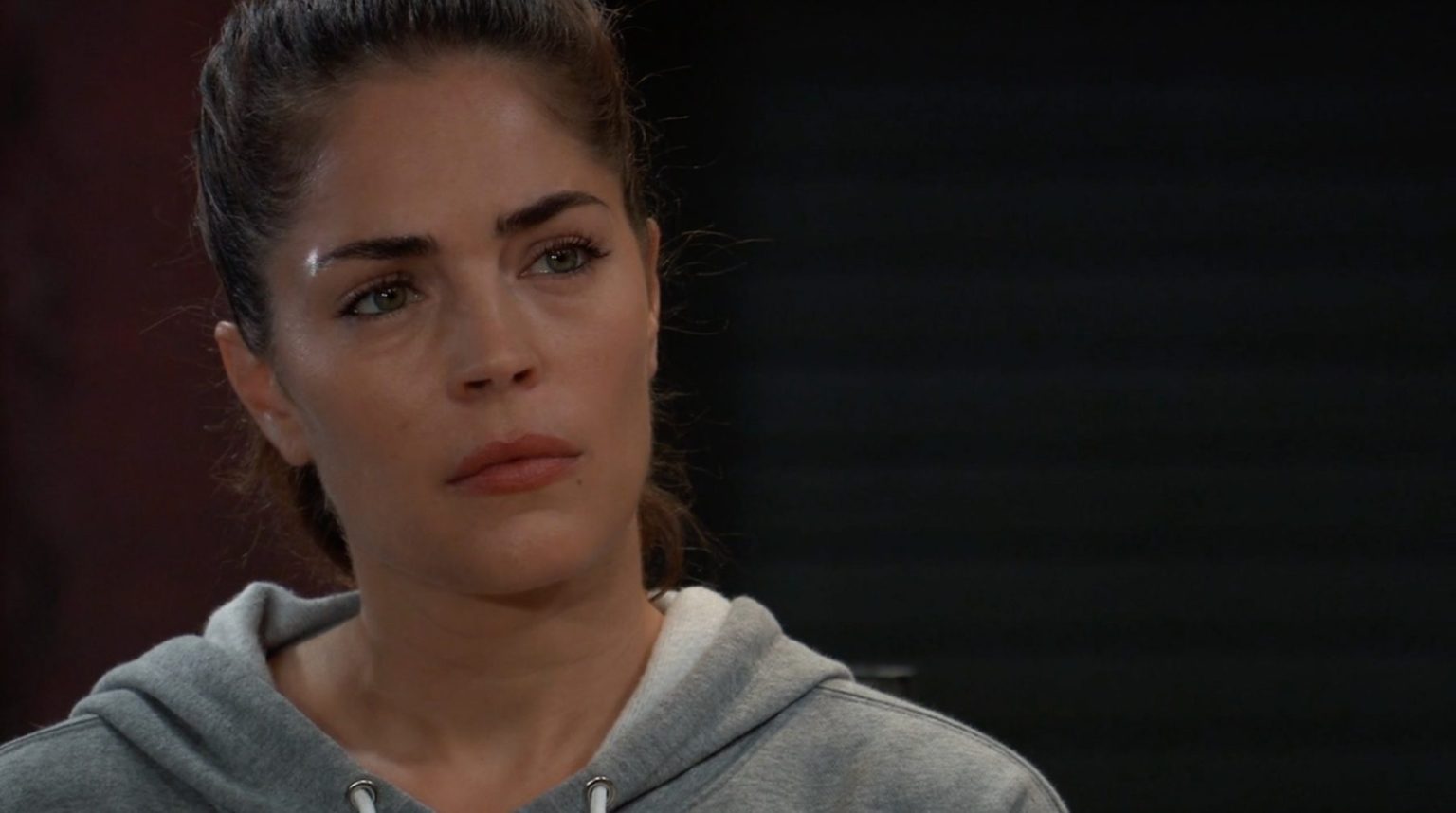 General Hospital Two weekly spoilers are out. And it looks like there will be a lot of decision-making in the upcoming two weeks. For the week of October 11-15, Carly will meet Britt and clear some things out. Josslyn will warn Cameron about Esme, and Jason will be skeptical about something Carly wants to do. Sonny and Carly will also sit and make some decisions regarding their future. Autin will try to tell Jason that he is a good guy. Will Jason believe that?

Then, in the week of October 18-22, Anna will finally be able to rescue Valentin. Damian will help Jason and Britt with something, and Spencer will be arraigned. Ava will also have a suggestion for Nina. What is that? Here is everything to know.

General Hospital Spoilers For The Week Of October 11-15: Carly Clears The Air

Starting off the week of October 11-15, spoilers suggest that Carly will try to clear the air with Britt. When Carly and Jason had decided to get married, poor Britt’s heart got broken. GH spoilers hint that while Carly won’t be sorry for doing what she did, she will feel sorry that Britt and her feelings got tangled up there. So, she will want to speak about it to the doctor.

In fact, spoilers suggest that Carly will hope that Britt and Jason could give their budding romance another try. However, Britt will not be willing to be a consolation prize, and she will make it clear that Jason had made his choice and now he will have to live with it. The good thing here is, the tension between Carly and Britt will subside after this conversation.

While Carly tries to sort things out with Britt, her daughter Josslyn Jacks will try to show Cameron who Esme really is. General Hospital spoilers suggest that Esme is putting up a great show after things went down for Spencer, and it looks like Cameron will fall into it. Cameron will believe that Esme is really sad about whatever happened to Spencer and how it fractured his friendships.

However, Josslyn will see right through it and will want Cameron to do so too. More Esme-related spoilers suggest that while she tries to fool everyone, she will have an alternate plan in motion too. She will plan to get into Spring Ridge and get closer to Ryan Chamberlain. What does Esme have in mind when it comes to Ryan? Only time will tell.

Elsewhere, General Hospital spoilers confirm that Sonny and Jax will call a truce in the week of October 11, 2021. It looks like this will have something to do with the love affair Sonny’s alter ego “Mike” and Nina had. These men might agree that if Carly came to know about this, she would wreak havoc.

So, it is in the best interest of everyone that the truth remain hidden. They will agree to keep this under wraps. However, GH viewers know that truth has a way of coming out. So, it is just a matter of time before Carly knows everything and is out for blood.

Speaking of Carly, spoilers suggest that she will think about making a bold move. This will be a kind of move that Jason will not be sure about. It looks like this will have something related to the love affair Jason and Carly were starting. So, he will warn Carly that she might regret it if she does whatever she is trying to do. He will suggest that she looks through all her options before making a move.

General Hospital spoilers suggest that Carly will argue that she and Jason were in love when they got married. So, Sonny should know this. She will find it very hard to keep her feelings bottled up inside.

More related spoilers suggest that Sonny will sit down with Nina and lay some rules down. He will set some boundaries between them. After that, Sonny will confront Jason and ask him some questions. So, it looks like Carly will go through with her plan and confess everything.

On the other end of the town, Jason will start getting suspicious of Dr. Austin Gaitlin Holt, and he will pay him a visit. Spoilers suggest that Austin will try to convince Jason that he is a good guy. However, Brook will try to prove that wrong. She will threaten Austin with a HIPAA violation.

More related spoilers suggest that Olivia will hit the roof. She will get into thinking about Austin’s diagnosis of Leo, and she will be worried.

Carly And Sonny Make A Decision

As we move ahead in the week, Carly and Sonny will make some decisions about how they must move forward. Past months have been challenging for both of them. So, they will figure a way forward. Spoilers also suggest that this will be the week where Spencer will get arrested, and Esme will make a plea to Nikolas.

However, it looks like Nikolas will stick to his plan, and Spencer will be on his own. Over in Greece, Robert will come across some information. There is a lot of speculation that this could be about Holly Sutton. We will have to wait to know what really happens there.

General Hospital Spoilers For The Week Of October 18-22

As we move into the week of October 18-22, Robert’s discovery will push him and Anna forward. They have teamed up to find the truth. So, they will continue with that. Spoilers suggest that Anna will be able to reach Valentin and save him. However, that won’t happen too soon because Victor will be able to put some of his plans in motion.

In Port Charles, Damian Spinelli will help Jason with his suspicions. Celeb Dirty Laundry suggests that he will dig something up, and it looks like he will have some disturbing news for Britt and Jason. This will end up them taking a trip to Greece together. While Britt did not want Jason to come with her, spoilers suggest that Jason will refuse to let Britt go alone in danger.

Further, General Hospital spoilers suggest that Spencer will be arraigned after his arrest. He won’t have Nikolas standing for him, but Josslyn and Cameron will show up for him. Spoilers also suggest that Trina might put her issues aside and show up for Spencer. Not only the teens, but Sonny will also come in for Spencer. Since Nikolas has refused to provide Spencer with a lawyer, Sonny might replace Spencer’s public defender with an actual lawyer.

More General Hospital spoilers suggest that Michael will do some bargaining, and Jax will make a surprising confession. It will have something to do with Nina. Speaking of Nina, spoilers suggest that Ava will suggest Nina uses the secret about her love affair and manipulate Sonny. She could suggest Nina use this if Michael cuts her out of Wiley’s life.

So, would she do it? Nina has already made a lot of mistakes; would she think of making yet another one? We will have to wait to see. General Hospital airs on ABC all weekdays. So, make sure you tune in and enjoy.