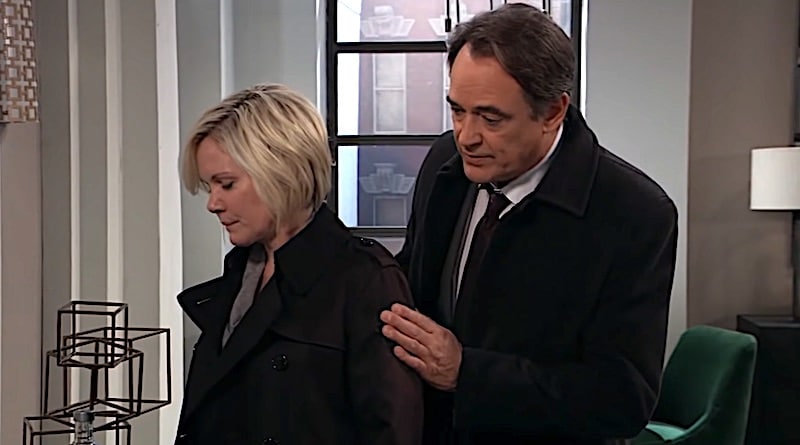 According to General Hospital Spoilers, Maura West is truly unhappy when it comes to how Ryan Chamberlin’s story ended. Looking for ways to get her revenge, West thinks, it is Ava who should kill him. Believing that her character needs more closure, there are several spoilers which suggest that Ryan will crop up once again.

Maura believes that justice should prevail as her character was hurt the most and she should be one to end the story for Ryan altogether. While Julian did hint about the changing storyline but taking things in his hands, Alexis talked him out of it. At the same time, his sister thinks that she has nothing left to lose. Sources say that West might get her wish after all. It turns out that the writers have been working on a plot to bring back Ryan all along.

This could be true because nobody was able to find Chamberlin’s body. Along with that, everyone mistakes Kevin to be his evil twin. Until now, it was enough to keep the show moving. But now is the time to end this tangent so that something else can take place.
Just when Ava thought that she found someone who truly loved her, things changed. She found out that Ryan was not only faking his identity but also killed her daughter. Needless to say, Ryan treated Ava quite well which was all the more reasons for her heart to be broken beyond repair.
Moreover, Y&R spoilers hinted that Ms. Jerome and Kevin might have a chance to find solace in each other. If this happens then it would be rather good news for the hurting Ava.

General Hospital Spoilers: Liesl Obrecht Will be Back Stronger This Time

Other updates share that Liesl Obrecht will come back stronger bringing troubles for Valentine. The show took a quick turn when Ryan fell for Ava instead of pursuing his obsession for Felicia.
What is more interesting is that Willow Tait will come clean about Shiloh Archer being the father of her child. She can no longer carry the secret and will unload on Harrison Chase. Even though Shiloh is unaware of the fact, it seems that she wants things to stay as they are at the moment. The question is will Chase be able to convince her to stay under his protection?
Meanwhile, Shiloh is doing everything he can to get to Tait. Other GH spoilers hint that Sam McCall joined the cult. She will soon find out that his methods are more than what she had signed up for. At the same time, Alexis Davis gets in touch with Jordan Ashford, Sources say that she may warn her about the fishy cult leader.
The storyline is as such that it will send the fans in a frenzy. Will Ava get her revenge? Will she be able to seek justice after what Ryan did to her and her daughter? Do share your thoughts about it in the comment section down below. Stay tuned to TV Season Spoilers for latest General Hospital