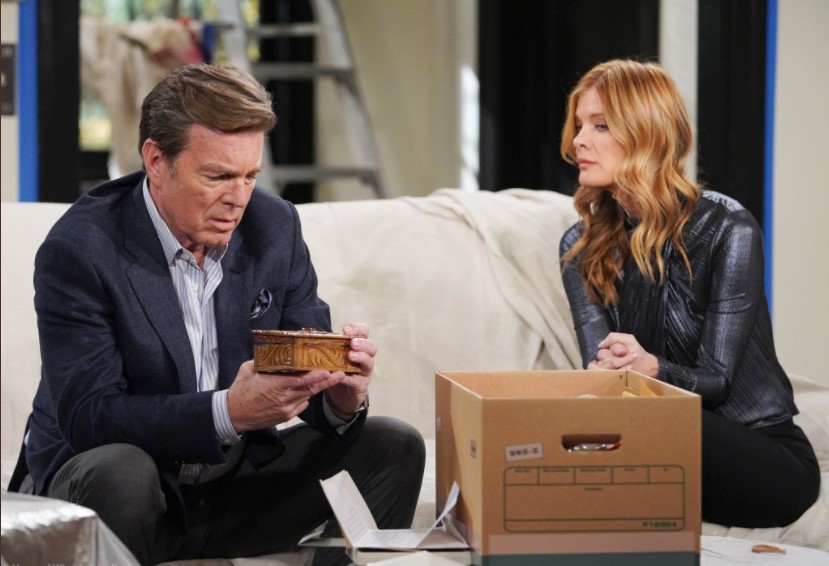 The Young And The Restless Preview Video Is Out! Mariah and Tessa’s Return, Jack and Phyllis BREAKUP

The Young And The Restless preview video is here, and it promises a lot of soapy drama. The preview does start on a good note when Mariah and Tessa return home. They are chirpy and glowing. But how long will this happiness last? That is yet to be seen. Next, Y&R spoilers also suggest that Victoria and Ashland will also decide to give their relationship another chance. Ashland might play a little hard to get here, but it looks like Victoria will be quite adamant. Lastly, Phyllis will try to reconcile with Jack after Jack calls off their budding relationship. Will she be able to make things right? We will have to wait to know.

The love birds are back. The Young And The Restless preview video starts with Mariah Copeland and Tessa Porter returning from their honeymoon. Sharon is thrilled to have her daughter and daughter-in-law back. Viewers see these ladies hugging very affectionately. Mariah and Tessa are indeed very happy as they glow.

Of course, the two of them have stories from their trip to Paris. They will tell everyone about it eventually. The duo will also need some time to settle in their new life in Genoa City. Further Y&R spoilers suggest that some surprising challenges are coming up for both these ladies in the upcoming days. So, we will have to wait to see how they will deal with it.

The Young And The Restless: Victoria And Ashland Sizzle Up

Next in the preview video, Y&R viewers get to see Victoria in Ashland’s room at the Grand Phoenix. She is wearing the hotel’s robe. Does it mean that things took a sizzling turn between them? It doesn’t look like that is what happened because Ashland is fully-clothed. So, there could be another explanation for why Victoria is wearing what she is.

It is likely that Ashland will listen to everything that Victoria is saying, but he might find it difficult to believe it. He would find it hard to believe how Victoria would leave her whole life behind, including the business. But Victoria will assure him that she can do it.

Rounding off the preview video is Phyllis, who will try to fix things with Jack. The new couple just faced a big blow owing to which Jack will declare that he is done. So, Phyllis will have a hard time accepting this. Y&R spoilers say that while Jack will continue telling her that things are over there, Phyllis will want to fight.

Given how fast things are moving in this Jack-Phyllis situation, it looks like this might be just a nightmare Phyllis sees. With that said, we cannot rule out the possibility that Phyllis might have wrecked it all. Jack is, anyway, wary of how Phyllis has been acting ever since Diane returned. So, troubles might be coming up there.

Things are about to get very interesting on The Young And The Restless in the upcoming days. Make sure you tune in and enjoy. Y&R airs on CBS all weekdays, and it brings in a lot of action and drama. Stay tuned. In the meantime, check out the preview video here-