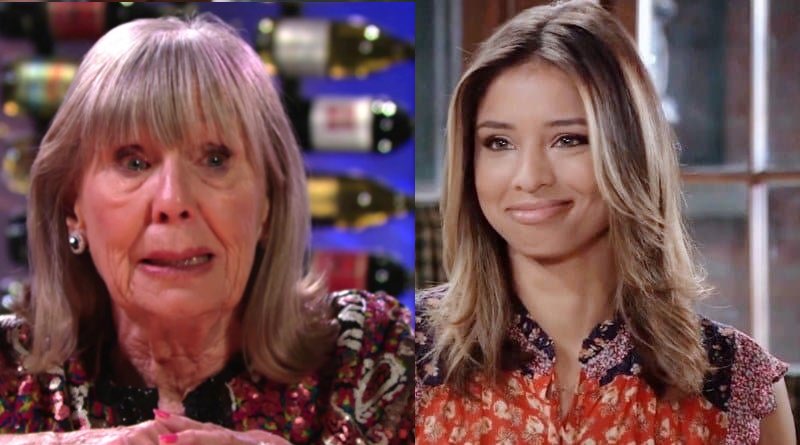 The Young and The Restless Spoilers: Comings and Goings April 2019

According to The Young and The Restless Spoilers, Elena Dawson along with Jett Slade who plays the father of Ana Hamilton will be exiting the show. But that is not the only news. With people leaving, there are few who are returning. Let’s find out all the comings and goings, that will definitely spice things up.

The Young and The Restless Spoilers: Who All Are Joining the Show?

The show will soon see some familiar faces coming back to the show. But who exactly are they? According to Y&R spoilers, Paul, Ashley, and Traci would be joining the team once again. What’s more, is that Kevin and Lily will be coming back too. But the team hasn’t shared with us a fixed time frame for them. We will only know more about their return in some time.

The feeling when there’s not a Cliffhanger Friday this week. 😢 Don’t worry, #YR will be back on Monday with an all-new episode! 👏 pic.twitter.com/fxYEJulF2N

Along with them, Dina Mergeron will again be a part of the Y&R cast members. Well, this seems to be good news for the people who loved her during her previous tenure. Obviously, there will be some drama on the screen when Paul and Ashley come back. But when it comes to Dina, it is a different ball game altogether. She was last seen when she stabbed Nikki with a fork then set fire to Nick’s club. After that, she left with Chelsea’s son thinking that he is young Jack.
That’s not all, at the same time, Kerry might be hatching a plan with Ashley to get Phyllis out from Jabot. While plotting against Jack and Billy.

Y&R Spoilers: Who All Are Leaving the Show?

Sources say that along with Kerry Johnson and some Rosales family members there are more characters who unfortunately will be leaving Young and the Restless. Mia Rosales and Arturo Rosales will bid farewell to the fans soon.
The team actually rewrote the storyline related to Arturo and Mia’s hookup, signaling a huge warning sign. Now the question arises, why the sudden change when this was not in the earlier storyline in the first place? Other than the possibility of them willingly existing the show, there are no logical explanations at the moment.
All of us know that these two couldn’t stay apart from each other

. This could indicate that they would leave the town together. Moreover, Arturo could in no way be in love with Abby if he slept with Mia and betrayed his brother once again. Likewise, Mia would not have tagged Arturo along if she dearly yearned for Rey Rosales.
Right now, it seems that the two are in denial when it comes to destiny. Needless to say, there is something brewing between the two. Since they have been hypocritical cheaters in the past, it makes them perfect for each other. One thing that can happen is they can burst the bubble of denial and accept their fate readily without hurting anyone else anymore.

It’s a can’t miss week on #YR. 👏 Mia’s causing trouble, Paul’s taking charge, AND you’ll all get rocked by a massive twist! pic.twitter.com/EVZWgkR7Oy

If this major storyline twist takes place then it will be the perfect exit strategy for Arturo and Mia. There are chances that Rey Rosales will get a chance to move on with Sharon Newman. Mia could come clean about her pregnancy and also about the attack on Lola Rosales. But let’s see what the future has in store for the fans.
With so many characters coming and going, one thing is guaranteed that there will be a lot of drama. Stay tuned with TV Season Spoilers to get Y&R The Young and the Restless