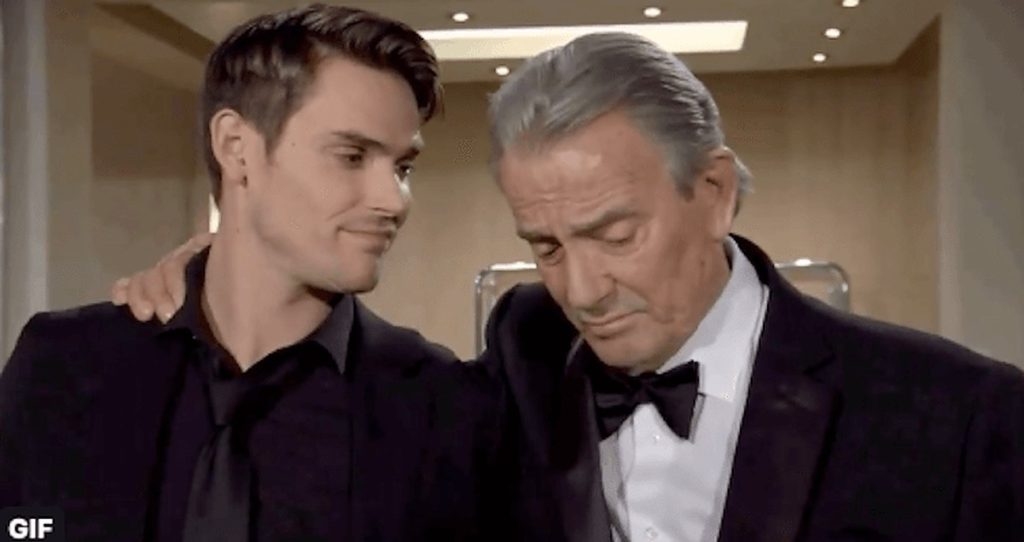 The Young And The Restless Spoilers For December 19, 2022: Adam And Victor Make Peace, Nick Has Other Plans

The Young and the Restless spoilers for Monday (December 19, 2022) suggest that the upcoming episode will be all about the Newman men who will be busy with their respective plans. Nick Newman will make plans with Sally, and Adam will have a proposition for Chelsea. Then, Victor will also plans to do something out of his character. The Young and the Restless spoilers say that Victor will make the first move while extending an olive branch to Adam. Would that work? Here is all about it.

The Monday spoilers for The Young and the Restless spoilers suggest that the Newman boys will be making plans for their Christmas. First, Y&R viewers will get to see Nick and Sally, who will look forward to their celebrations. They will want to spend time together during these holidays. So, they will want to squeeze time for one another. While they have had issues recently, Nick is immensely attracted to Sally, and he cannot stay away.

As for the other Newman Boy, Adam Newman, he will surprise Chelsea with a proposal. It looks like Adam will want Chelsea to join him for the Christmas and New Years Celebrations. He might propose celebrating the holidays together with Connor and spreading some holiday cheer. Adam doesn’t really have anyone he can spend the holidays with. So, he will choose to spend it with his family.

The Young And The Restless: Victor Tries To Turn A New Leaf

While the boys are busy figuring out their own plans, Victor Newman will be rather Grinch-like. The Young and the Restless spoilers suggest that he will complain to Nikki Newman about how Adam left the whole family and abandoned them. Victor will tell Nikki that Adam can only come back if he makes moves here. To this, Nikki will feel that maybe Victor should change his attitude a little there.

In fact, The Young and The Restless spoilers hint that Nikki will ask Victor to let go of his pride and warm his heart a little. Keeping the Christmas spirit in mind, Victor should reach out to Adam and make peace with his son. It looks like he will do that, and soon, things will start to change between this father and son. Y&R viewers might get to see Adam as he starts to embrace his family again and return to them. It looks like we are going to get a happy Newman family reunion soon. Are you excited about it? Tell us in the comments. Y&R airs on CBS all weekdays. Don’t miss the action.