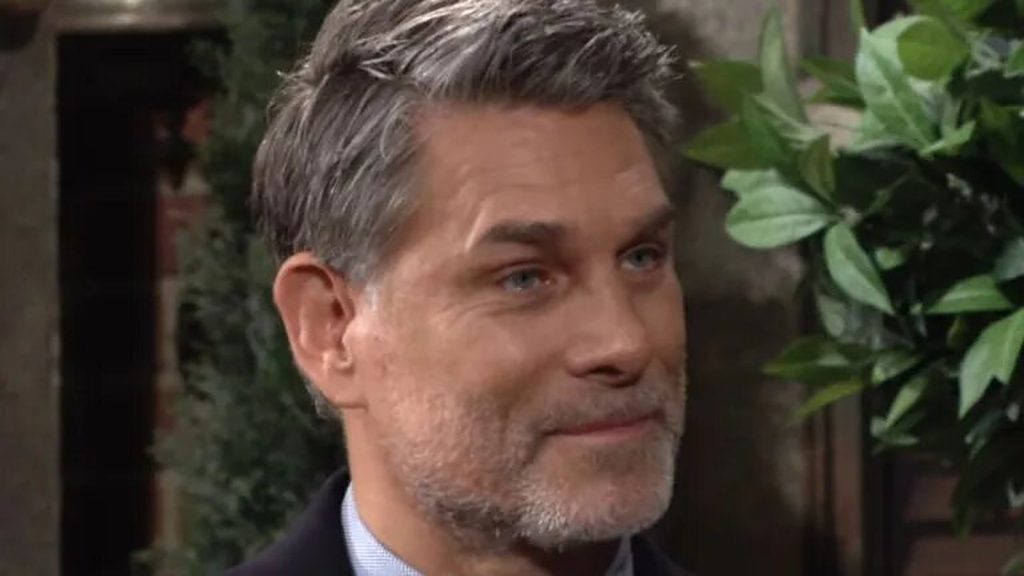 The Young And The Restless Spoilers For Next Two Weeks (December 12-23, 2022): Jeremy Plans His Next Move, Nick And Sally Move Forward

The Young And The Restless spoilers for the next two weeks, starting December 12 to December 23, reveal that these coming weeks will see a lot of clashes. Y&R spoilers say that in the week of December 12-16, 2022, couples will start drifting apart. Yes, we are talking about Billy and Lily, who will continue to get closer to other people in town. Then, there will be other heated discussions involving villains in Genoa City.

In the week of December 19-23, 2022, Elena will understand that Nate is making decisions that he will only live to regret. So, as the good girlfriend that she is, she will take the time to warn his boyfriend against a lot of things. Further, Jack and Jeremy will go head to head again. As good news for the week, Danny will return to Genoa City, and his family will be over the moon. What more would happen here? Keep reading to find out.

The Young And The Restless Spoilers For The Week Of December 12-16, 2022: Breakup And Clashes Coming Up

The week of December 12-16, 2022, suggests that there will be havoc in terms of love affairs in Genoa City. Chelsea will decide to make amends as she works on her recovery. She will apologize to Billy for her actions in the past and hope that they can move forward. This will lead to both Chelsea and Billy coming closer.

Lily obviously will start feeling insecure with this closeness, and Billy will address it. So, Lily will continue telling Billy that she is okay with it. But, The Young and the Restless spoilers say that Chelsea might be in denial there. While Billy is getting closer to Chelsea, Lily will start coming closer to Daniel. When Billy sees this closeness, he himself starts getting a little insecure. How did it feel like Billy? Regardless, Billy and Daniel will have a confrontation in the upcoming week over Lily, and it will be rather heated.

Speaking of heated confrontations, Devon and Nate themselves will get in one. Nate will get under Devon’s skin about how he betrayed Amanda. So, this will get a little too much for Devon. There will be some more relationship-related problems taking center stage in the upcoming episodes. Abby will worry when she thinks about the life she has to build without Chance. This will start getting a little difficult for her.

More Tucker-related spoilers say that he will go out with Ashley and make a proposal to her. They will go out in the woods and have a little date when Tucker makes the power couple pitch about their future. He will tell Ashley that he wants to build a future with her, and things might start taking a romantic turn for them.

The Young And The Restless: How Will They React?

On the o ther end of the town, some of The Young and the Restless characters will drop a bombshell on their on-screen partners. The spoilers suggest that Noah Newman

will make a confession to Allie Nguyen. It is likely that he will tell her how Audra kissed him, and this is going to cause trouble in their relationship. Elsewhere, Sally will wait to hear what Nick has decided. She will tell Nick that she wants to date him, but she won’t be pushy. Would Nick decide to give it a chance? We will have to wait to know.

Back with Jeremy, he will get into a heated confrontation with Jack and Kyle. They will want Jeremy to leave the town once and for all. However, Jeremy will have other plans. The Young and the Restless spoilers suggest that Kyle and Jack are hiding Diane in a cabin right now, and Jeremy will soon figure it out.

Further, The Young and the Restless spoilers suggest that Phyllis this whole Jeremy situation will bring more drama for Phyllis. Phyllis will make more blunders, and her relationship with Summer will be impacted negatively. Would they be able to make peace? Only time will tell.

The Young And The Restless Spoilers For The Week Of December 19-23, 2022: Elena’s Warning, Danny’s Arrival To Genoa City

Moving in the week of December 19-23, 2022, Jack will corner Jeremy. They will have a showdown as Jack rips into this new villain. It seems like Jeremy will not keep his end of the bargain, and that will rile Jack up. Elsewhere, Elena and Nate will get into a little disagreement. Elena will warn Nate not to mess up his relationship with Devon even further. Not only that, but she might also have a warning against Victoria for Nate. Would he listen? That is yet to be seen.

In a change of events, Victor Newman will start trying to make amends with Adam Newman. Victor will want to turn a new leaf with his son. However, it will be up to Adam to decide where he is going to take this. Speaking of the father-son bond, Danny will also return to Genoa City sometime this week. He will reunite with Phyllis and everyone else in his family. So, they will all be delighted. Would Danny be the one who saves Phyllis from the whole Jeremy situation? We will know that soon. The Young and The Restless airs on CBS all weekdays. So, make sure you tune in and enjoy.