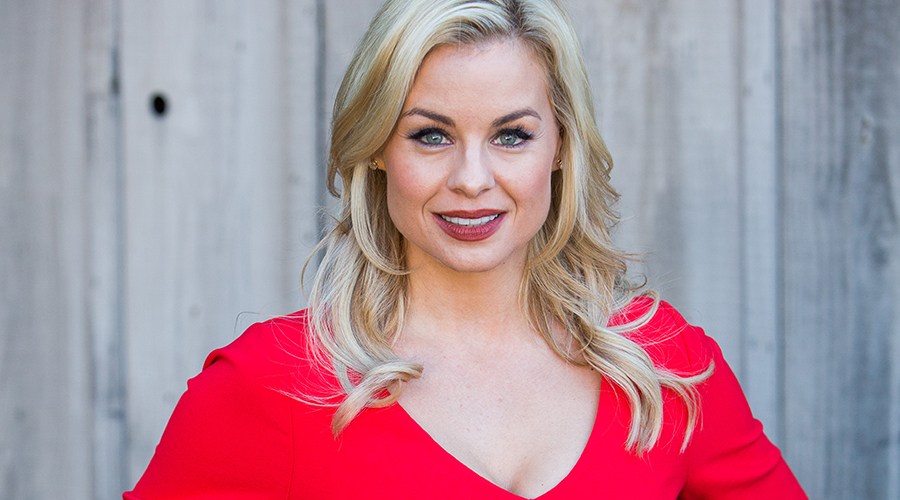 The Young And The Restless Spoilers for the upcoming episodes reveal that Jessica Collins is going to make her big return. This means Avery Bailey Clark is going to be back in Genoa City to stir up the plot. From 2011 to 2015, the actress rocked the stage with her incredible acting. She is ready to be a part of the intensifying drama once again.

The actress took to Instagram with the caption “All smiles today at work, reprising one of my favorite roles! Love reuniting with this cast and crew and can’t wait to share the details with all of you. Stay tuned!” and a lovely picture. Even though she hasn’t clearly mentioned the name of the show or the role she is going to reprise. But according to speculations, it has to be The Young And The Restless.

The Young And The Restless has been hinting various comebacks. This might be the blockbuster return fans are hoping for. The show has been making interesting comebacks for a while now. It has been stirring a lot of drama. Avery’s return is sure to spice things up even more.

The Young And The Restless Spoilers: Jack’s New Perspective For Life

Apparently, Jack has a new perspective on life. Chances are, it might have something to do with all the time he has been spending with Lauren. Her way of thinking has influenced him a lot, both in his personal and professional life. In the meantime, we know that Lola’s mom is on her way to GC. She might not be a fan of Kyle’s ways. He was sleeping with his daughter and was married to Summer at the same time. She is likely to put a kink in their wedding plans.

The Young And The Restless: What’s Going On With Devon, Elena, And Nikki

It seems like Adam’s comeback has disturbed Nikki’s life more than anyone else. Her son has forgiven her daughter and her husband. Even then, she has a lot on her plate and is struggling. Devon and Elena are struggling in their sort of relationship as well. Elena is aware of Devon’s mental state and has decided to support him through the tough times. However, he has a lot to offer and is coming on a little strong.

"It’s been great. It’s really nice. I’m so emotional right now, it’s so weird… But it’s been incredible and nobody’s aged. It must be the air, so I guess I’m staying.” – Michelle Stafford (@TheRealStafford

) on returning to play the role of Phyllis Summers in @YandR_CBS. pic.twitter.com/EdQ1crfQpH

According to speculations, Avery might be Adam’s attorney in the custody case. Moreover, she will have a chance to catch up with her sister Phyllis who will likely be busy plotting some schemes. What turn do you think the story will take when Avery returns? Let us know in the comments below. Stay tuned with TV Season Spoilers to get Y&R The Young and the Restless Spoilers and updates for upcoming episodes.