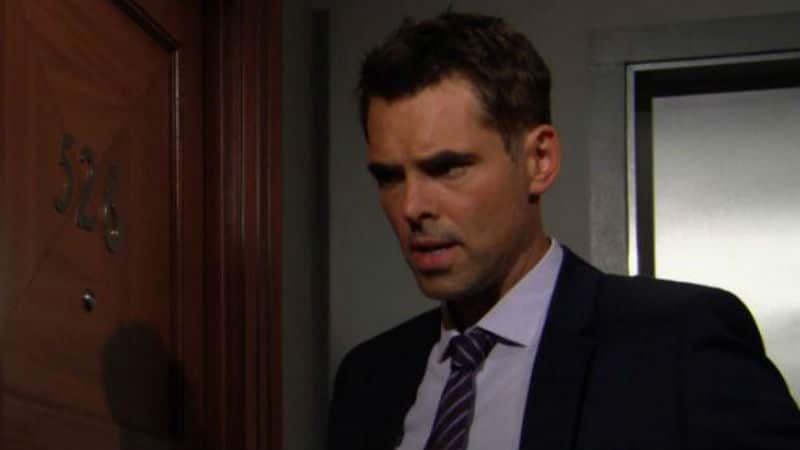 'The Young And The Restless' Spoilers For The Week of 2nd September: Billy Get's Worse; Victor Suspects Adam's Plan

The Young And The Restless Spoilers for the upcoming week suggest that Adam’s sneaky agenda won’t be a secret anymore. Billy’s dark side is going to take a turn for the worse. Moreover, Phyllis is going to return to her old habits. Let’s take a look at the happenings of Genoa City in detail.

Mariah and Kyle get together to discuss Theo and their mutual hatred towards him. They both rant about him for a while unless Mariah decides to get him drunk. When he is distracted, she can use it to her advantage. Moreover, Sharon is going to stay strong on her rejection. She wants to leave Adam behind and move forward in life. However, it’s easier said than done! Despite Sharon’s best attempts, she is likely to encounter some pitfalls.

Shift In Jack’s Perspective; Phyllis Returns To Her Old Habits

Phyllis returning to her old habits might be good for her or make her life even more miserable. According to The Young And The Restless Spoilers, she is likely to crawl back to the Grand Phoenix deal. She might feel that others are ripping it away from her. of course, she can’t let that happen. Abby and Chelsea are likely to force Phyllis into handling some challenges. But she will make them realize the value of some things and continue to move forward like before!

The Young And The Restless Spoilers: What’s Going On With Adam and Billy?

Fans are aware of the fact that Adam unexpectedly dropped the idea of fighting for taking his son back. He said th at he genuinely loves his son and cares for him. He also said that he doesn’t want Christian caught in the middle of this custody battle. At least that is what he will state! Later, Adam will visit Victor and tell him that the reason behind him being adamant on the custody battle was anger. Since the Newman’s were all on Nick’s side, it pissed him off.

Billy hits Adam where it hurts today on #YR. pic.twitter.com/wYKkfsXJaT

He will also let Victor know that he is spending time with Connor and knows the importance of family now. He claims to do what is right. But somehow, Victor is not buying this at all. He is still skeptical of this sudden transformation. Adam might have a sneaky agenda where he pretends to be a saint to make others put their guard down. He has requested to lift the restraining order so that he can meet Christian. Will he try to win his heart by luring him to come with him? Let us know what you feel about this in the comments below.
There are a lot of surprises in fans’ way for Y&R in the upcoming week. Stay tuned for more juicy info! Stay tuned with TV Season Spoilers to get Y&R The Young and the Restless Spoilers and updates for upcoming episodes.