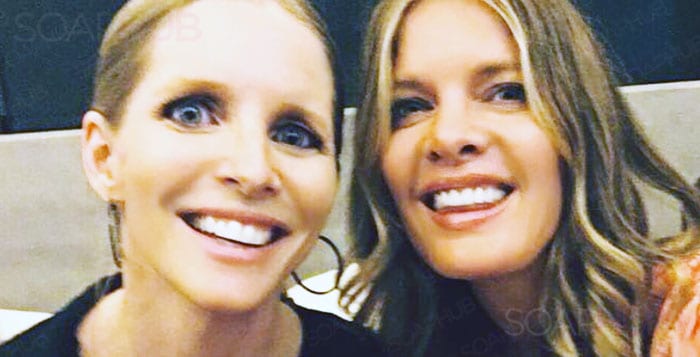 Along with the episode that aired this Friday, that is April 24; a video message was aired too. In the video message, Lauralee Bell and Michelle Stafford spoke to fans about a special issue. The actresses took a moment to talk about the hot question right now. It’s something everybody wants to know. That is, when will we get to see the new episodes of The Young and the Restless?

In the video, Bell said that she has no idea when The Young and the Restless could start production.  She even revealed that even the cast is in the dark. Eric Braeden went on to say that most of the cast is very eager to get back in action.

Bell did not hesitate to acknowledge and thank the loyal fans. She is hopeful that The Young and the Restless fans love the soap and will stand by the production. In the video message, she said that a lot of fans are asking about when all of them would go back to work, or when they will get new episodes, she wishes she knew.

Bell told everyone that they love making the soap. She said that one of the reasons why they love making the show is because of the fans. She praised the fans by saying that they are the best fans Ben and the soap could have. The actress said that fans have stuck with the production for very long. She requested them to hang on for some more time. This is just another thing that they are all together in this.

The Production Is Eager To Release New Episodes

Lauralee said that watching the classic episodes has been fun, but the team is really excited to make new episodes. They can’t wait to air the new episodes as soon as they can. She insisted that if viewers stay with the soap opera, all of them will stay with the viewers too. To this, Stafford added that they can not wait to entertain their fans again.

In the time of this serious pandemic, it is very important that we stay positive, just like Stafford and Bell. Nothing is clear yet, but sooner or later, The Young and the Restless fans will get new episodes. Until then, fans can enjoy the classic episodes and also be patient. We will keep updating this space with all the new news as it comes, so stay tuned. Also, a “Katherine the Great” week is coming, so don’t miss it. Stay home. Stay safe.

Stay tuned with TV Season Spoilers to get Y&R The Young and the Restless Spoilers and updates for upcoming episodes.