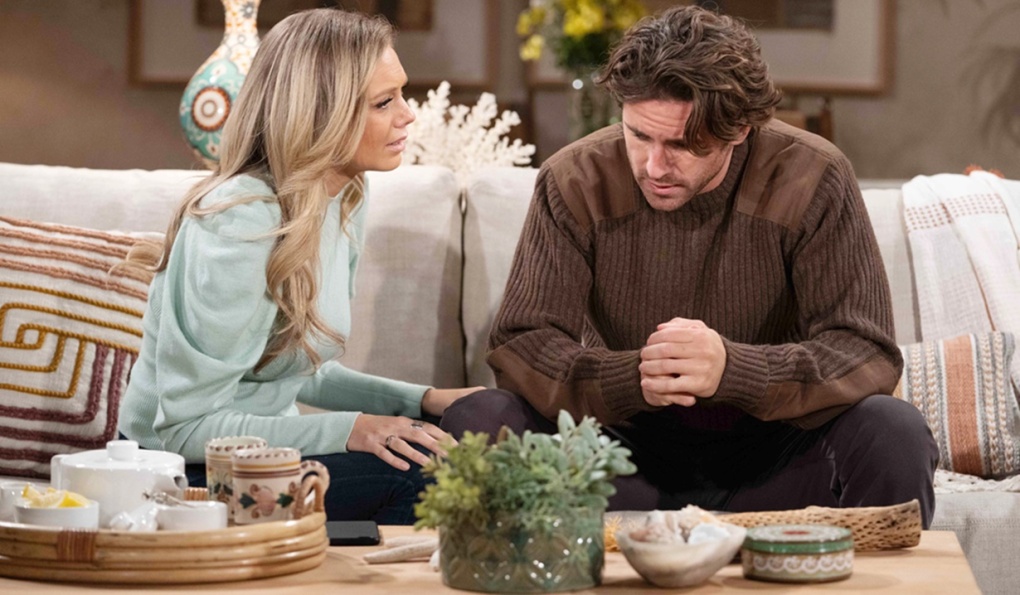 The Young and the Restless Two Weekly spoilers (January 10-21, 2022) are out, revealing that lots of discussion and drama are back on the deck. In the week of January 10-14, 2022, We will see Michael mulling over a decision. Next, Abby will encourage Chance for something. Nick will also get a surprise from his loved ones. After that, Victor will contemplate what’s best for the business. Finally, Ashland will have some doubts about Billy Abbott. So, it will be worth watching.

Next week starting from January 17-21, Victor Newman will be all over Genoa city. Victor will step up to protect his business and family. And, Newmans might find out about Ashland’s big secret. Devon will stand on his ground. Towards the end of the week, Lauren will help make Michael a decision. What will that decision be? Here is everything about it all.

Michael Mulls Over A Decision

Starting off the week of January 10-14, 2022, Michael will mull over the decision of retirement. Lauren will share the news with Chloe, Kevin, and Gloria. They will keep their opinions about the same. After reflecting on his past and contemplating the future, he will consider all his options and make an important decision. Tv seasons & spoilers readers know that Michael will listen to Lauren’s advice and opinions more than anyone else. He might also ultimately decide to step back permanently and focus on his wife and family.

The Young And The Restless: Abby Encourages Chance

Furthermore, spoilers suggest that Abby Newman-Abbott-Chancellor will worry that Chance’s past is starting to catch up with him. Tv seasons & Spoiler has reported earlier that Chance was struggling, trying to settle in as a civilian. He was also having difficulty witnessing closeness between Devon and Dominic. He had questioned his abilities as a father in the past. So, Abby is concerned that this might also be holding him back. As days go by, Abby will encourage Chance to seek help and meet a mental health professional. We need to wait and see if Chance considers it.

Nick To Have A Surprise, Amanda Offers Support

More GH spoilers say Nick will walk into a surprise party at the coffee house. He will realize that his loved ones have thrown him a belated birthday surprise. Sharon, Noah, Faith, Moses, Mariah, and Tessa will be a part of the fun and celebration. We will see Nick being reluctant about the whole celebration, He will act like none of this was necessary but he will be happy deep down. After all, who doesn’t love a surprise from their loved ones? This surprise will be a great start for Nick’s New Year resolution of focusing more on his family.

Moreover, Amanda Sinclair will support Devon in the custody battle that is brewing up between Abby and Devon. It’s a good thing that Devon has a strong-willed lawyer as a girlfriend.

The Young And The Restless: Victor Contemplates A Proposal

On the other end of the town, Victoria will pay a visit to the Newman ranch and put her new plan in front of Victor. She had informed Ashland earlier that she wants to acquire Newman media with her father on her side. So, she will make moves for that. Victoria is under the impression that her father will appreciate a bold move and then, she will ask for what she wants rather bluntly.

Victor will contemplate Victoria’s business proposal of buying Newman Media. He will be impressed by his daughter’s honesty. Victor Newman

likes competition between his kids even though he might not admit it. So, this might be interesting for him. Regardless, We will have to see what Victor does. If he accepts Victoria’s offer, that would be stabbing in Adam’s back. So, this will be a difficult decision for Victor.

The Young And The Restless spoilers in the week of January 10-14 suggest Lily and Ashland will have a confrontation, and she won’t back down. Ashland will have his doubts about a completely new and improved Billy, and he won’t hesitate in expressing so.

In addition, Y&R spoilers reveal that Nikki Newman will be worried about her family and try to bring peace. Adam will receive an intriguing invitation from Sally before Chelsea provokes her. The Young And The Restless viewers have witnessed the mutual attraction between Adam and Sally. So, Sally will make another attempt at starting the romance and invite him somewhere to bring him closer. Speaking of Adam, He will give Chelsea some distressing news. We don’t know if it is personal or professional but this will leave Chelsea shocked.

If Adam decides to accept Sally’s invitation and lays down rules for Chelsea, it will upset her. It can also be related to the business, i.e., Victoria’s attempt at buying Newman Media. He might tell her that the fashion platform’s future is in danger, and changes will be made once Victoria’s in charge.

The Young & The Restless Spoilers For The Week of January 17-21, 2022: Victor Makes Moves, Michael Makes A Decision

In the week of January 17-21,2022, Victoria will get an edge in her war with Adam. Victor will take action to protect his legacy and it will be interesting to see what he does. The Young And The Restless spoilers suggest that the week of January 17-21, 2022 might be the week when Nikki and Victor will come to know something. There is speculation that they might come to know about the secret Ashland is keeping.

Along with this, Victor might also worry about the issues brewing up related to Dominic Newman-Abbott-Chancellor. There is nothing more important than family to Victor, and he will turn his attention on the custody battle. However, Devon will drop bombshells on Abby of the situation. He will refuse to stick to the original agreement and will insist on shared custody rights.

Rounding off the week will be Lauren pushing Michael towards his art. There are speculations that Michael might focus on his sketching. However, it is possible that he might take another case for Victor’s sake. Victor might want Michael to help him with the Abby custody case. So, what will Michael do? We will know soon. Regardless, the next few weeks will be full of action and drama, and we will see Victor Newman participating in his family matters altogether. New storylines are developing everywhere in Genoa city. In the meantime, Tv seasons and spoilers will keep you updated about all the happenings of the soap opera. The Young and The Restless airs on CBS all weekdays.