Netflix’s pop show, Chilling Adventures Of Sabrina Season 2 is all set to return to our screens. Based on an Archie comic of the same name, the series became a fan favorite after its release back in October 2018. The half-witch and half-mortal Sabrina Spellman will reprise her role from the debut season of the show. Netflix renewed the series in December 2018.

The story of the show revolves around Sabrina (Kiernan Shipka) and her fight against the evil forces in Greendale. Upon turning 16, she has to undergo a dark baptism to pledge loyalty to the Dark Lord Satan. Though she is torn apart as she now has to choose between her friends and family. The plot endures many twists and turns, while Sabrina tries to fix her satanic town and goes on several chilling adventures.

Moreover, the show was well received by critics and fans. Like Riverdale, this series is also based on Archie comics, hence, relating both the shows. Chilling Adventures Of Sabrina was initially destined to release on The CW. However, after a conflict, it was picked up by Netflix, departing relations between both the shows.

Netflix recently released the official trailer of the show on YouTube. The trailer is incredibly thrilling and sends a weird vibe to the viewers. It hints that the new season will be full of mysteries and breathtaking revelations. Fans are excited about the show’s return and have high expectations from Season 2.

The trailer reveals a lot more than we thought it could. It hints us of several things that may happen in Season 2. Hence, here’s everything the trailer tells about the upcoming season.

Chilling Adventures Of Sabrina Season 2: Darker Side Of Sabrina

Yes, we may get to see Sabrina’s darker side in the next season. Sabrina is undoubtedly not the same after herself to Satan. However, we know that she can still do anything for her family, friends and the people she cares about. Though, her vengeful nature will intensify after her dark baptism.

Sabrina will be curious to learn more about her heritage in the new installment. Moreover, we may also see her struggling to maintain her friendships in the mortal world. Sabrina will now face her darker side as she says in the trailer that she is now walking down a darker path. Weirdly, she does not think that this is bad anymore.

Nick or Harvey? We know that the new season will be crazy for Sabrina and her family. However, Season 2 will also be difficult for her romantic relationships. Fans loved Sabrina and Harvey’s (Ross Lynch) romance throughout Season 1. Though, they pretty couple broke up by the finale. 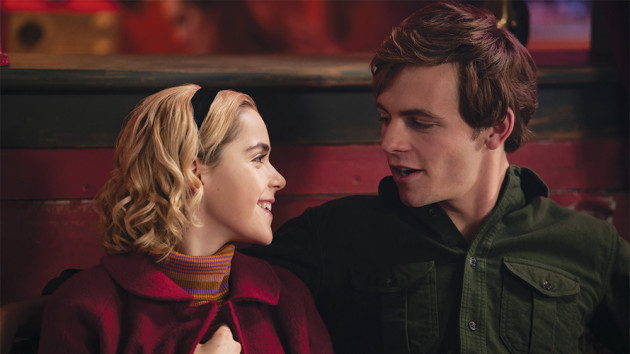 So will they reunite or will Sabrina move on from her charming and dreamy boyfriend? With the arrival of Nick (Gavin Leatherwood), Sabrina and Harvey’s shippers are disappointed as he may become a tough fight against Harvey. The teenage witch now has more options to choose from. 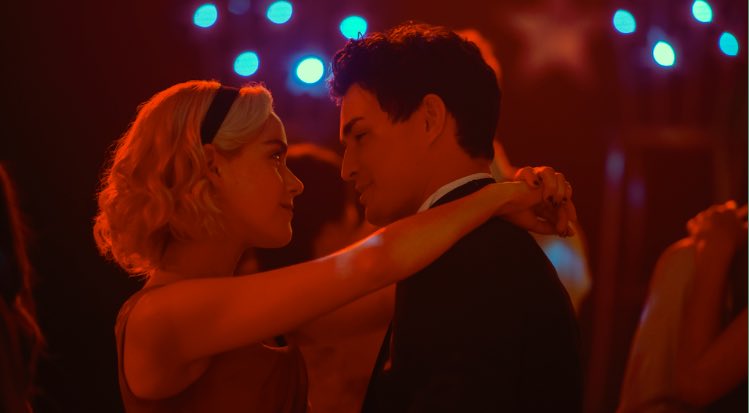 Chilling Adventures Of Sabrina Season 2: Is It The Last Season?

Fortunately, no. Chilling Adventures Of Sabrina Season 2 is not the last season of the show. As per the showrunners, the series may get two more installments after the upcoming season. Hence, fans may at least make it to the fourth season of their favorite show.

Netflix announces the release date of the show along with the trailer. Season 2 of the satanic series will premiere on April 5, 2019.

you mortals can’t handle it. @sabrinanetflix trailer is online now!

Sabrina has now become one of the most popular witches in town. After a thrilling debut season, Kiernan will be back to reprise her role in the next installment. Fans have high expectations from the show. Hopefully, Season 2 will not disappoint them and will be as charming as the first season.