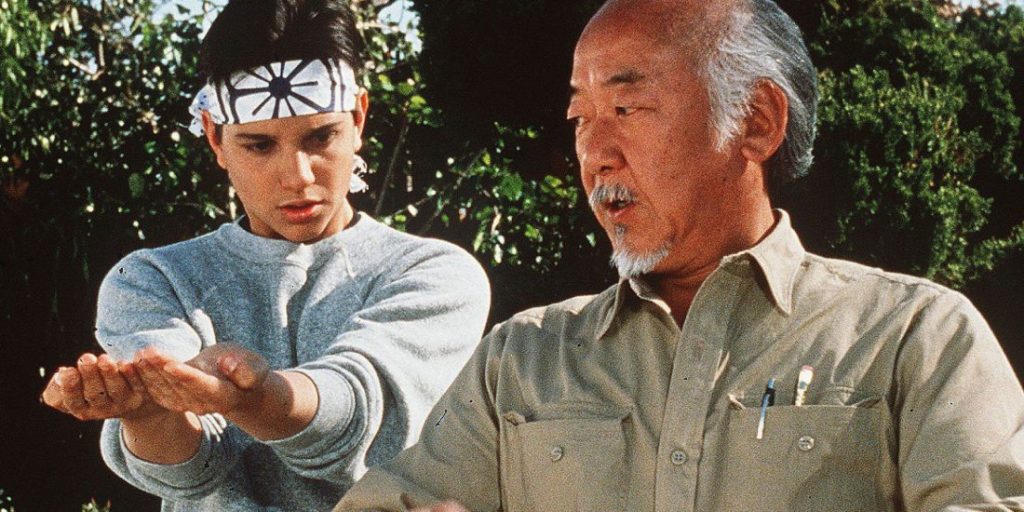 One of the best karate-centered show ever marks its return as ‘Cobra Kai Season 2.’ The YouTube Premium series is the continuation of the famous ‘The Karate Kid’ franchise. Initially, fans could never imagine if any show can ever match the original series of films. However, the release of the first installment became a mind-changer.
Cobra Kai continues the original story of The Karate Kid, after a 30-year leap. It brings the legends, Ralph Macchio and William Zabka back on-screen after 34 long years. Moreover, the actors also reprise their iconic roles as Daniel and Ralph. The ten-episode series will soon release on YouTube.
The karate-inspired series tells the story of two rivals from the original movie and its other three sequels. The cult-classic, The Karate Kid originally premiered back in 1994. On the other hand, Cobra Kai, a YouTube Original series aired in 2018. It is currently on the verge of releasing its second season as well. The audiences now have high expectations after Season 1’s success.

Cobra Kai Season 2: Fans Can Now Watch It For Free

As per a report by Bloomberg, YouTube is about to drop its plans for high-end original dramas and comedy shows. If this happens, fans may get to watch the show for free on the streaming platform. Cobra Kai is YouTube Premium’s best original show. Viewers may not have to pay to watch the series anymore.

YouTube Red app is now getting rebranded all over again. The new version will only provide a paid music service. It will also render ad-free access to its content. Most importantly, the app will not hold any original shows. Although, the news threatens the chances for a third season. Lucking, as per the reports, the showrunners are already thinking about Season 3.
However, the giant streaming platform is yet to make the news official. If the news is authentic, fans will now get a plethora of karate-action to watch for free.

Another sneak-peek to the new season was recently uploaded on YouTube. The short-video features Daniel (Ralph Macchio) having a conversation with Robby (Tanner Buchanan). They talk about Mr. Miyagi and his achievements. Daniel goes into a brief flashback as he explains Karate’s first rule to Robby.

The relationship that Daniel-Robby share currently, was once shared by Mr. Miyagi and Daniel. The scene brilliantly relates both their lives and widens their arc of connection. The flashback is extremely heart-whelming and nostalgic. Moreover, watching Mr. Miyagi on screen again was enough to give the fans goosebumps.

Along with a sneak peek, YouTube also uploaded an official trailer of the show. The incredible trailer features the entire cast of Cobra Kai, including Ralph Macchio and Wiliam Zabka. It also hints that Season 2 will be very dramatic and full of action. The showrunners have uploaded several other teasers and sneak-peeks to the second season.

The rivalry between Miyagi-Do and Cobra Kai will further continue in the upcoming season. Cobra Kai Season 2 is releasing after a year. It will premiere on April 24, 2018.
The revival of the ’80s black and white film series, Cobra Kai blurs the line between the good and the bad guys. It is confusing and exciting at the same time. Moreover, it brings back a lot of memories from the old time. Fans have really high expectations from Cobra Kai Season 2, and we hope it turns out to be as good as the first one.