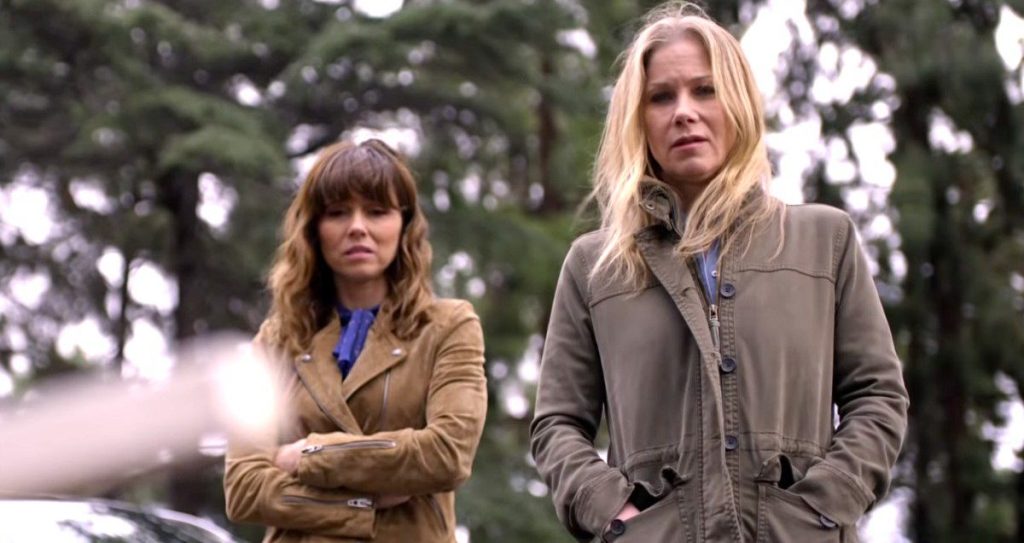 Dead To Me Season 2: Who Killed Steve? Will Jen Forgive Judy? Updates

Dead To Me Season 2: Netflix has all good cards in its deck of original shows. With a set of brilliant dark and mysterious programs, the streaming platform is redefining the genre. Another series rocked the dark comedy genre and became a fan favorite in no time at all. To top it all, it ended on a perfect and crispy cliffhanger. And here we’re left wondering about what may happen in Dead To Me Season 2.
Dead To Me stars two beautiful ladies, Christina Applegate, and Linda Cardellini. Both of them make bring their characters to life. Christina plays the vulnerable widow Jen. Linda is chosen for the role of Judy, the one who’s responsible for the death of Jen’s husband. The latter befriends the former out of the guilt she has for the crime she committed. The most interesting fact is, Jen doesn’t know about the same.


Liz Feldman is truly a perfectionist when it comes to giving life to a story. Dear To Me is purely about womanhood, which shows in the number of women in the cast and crew. Liz brings a set of 80 percent female writer, whereas eight out of ten directors are women. With two leading ladies, ruling our screens, Netflix’s original show puts out a plotline with a much-needed feminine perspective.
The first season premiered recently on May 3, 2019. Most of the dark comedy fans have already binged watched the show. Hence, now we’re eyeing to know if there will ever be a second season. Thus, here we have everything to know about the upcoming installment.

Dead To Me Season 2: Who Killed Steve?

The finale of the first season ended on a major cliffhanger. Steve and Jen were having a heated conversation while Judy was attempting to fall in front of a car. The car misses her, and she then receives Jen’s call asking her to come home. It was clear enough that Jen held the gun when Steve’s (James Marsden) body laid facing down in the pool. But did she actually kill him?
Show creator Liz Feldman agrees to the theory and hints that Jen might not be the killer. Moreover, there are several other people that we can suspect. The first one being Jen’s son, Charlie (Linda Cardellini). He has previously stolen Ted’s gun, which is a thing we cannot neglect. Secondly, another prime suspect is Ted’s mother, who could react this way after knowing who killed his son.

Now that both our leading ladies have blood on their hands, we want to know if they’ll ever be friends again. Jen now knows that Judy isn’t the only one responsible behind her husband’s death. She even realizes that as per the kind of person Judy is, she will never leave a person in an emergency. Moreover, she even calls her home after ‘potentially’ killing Steve.


At this point, the storyline blatantly blurts out that the women are likely to get together again. As far as we know them until now, the two will try to cover up the murder. Moreover, they will have to keep the secret to themselves this entire season. The chances are high that the two may get along to save and support each other this time.

Dead To Me Season 2: Release Date

As per the showrunners, they are not entirely sure if Netflix will renew the show. However, fans believe the otherwise and see much potential in the dark comedy to get a second run. Moreover, it’s difficult to predict a premiere date too soon. Although, as per the release pattern, we can hope Dead TO Me Season 2 to release by early 2020 (or sooner).