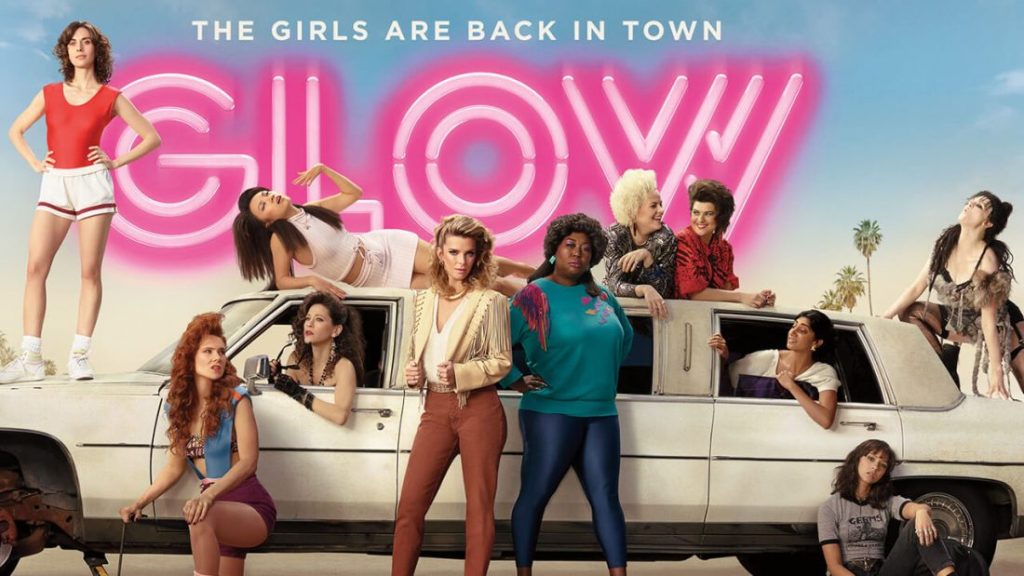 GLOW Season 3: Is It The Final Season? Fate Of The Series, Release Date

The American comedy-drama won the fan’s heart with the promptness in its humor. Seeing the results, Netflix renewed the series for GLOW Season 3 last year in August. This confirmation arrived a few months after the second season finished airing. Critics lauded the show for the ever increasing drama in the lives of women without giving up on the daily banter. It portrayed a decent image of the 1980’s era with the women playing their game in their small world. The core cast of the women includes Alison Brie, Betty Gilpin, Sydelle Noel, and Britney Young.
The show revolves around the personal and professional lives of a group of women in a wrestling organization known as the Gorgeous Ladies Of Wrestling. It shows Ruth Wilder auditioning for the organization and getting a chance in it the second time. The director feels it after a dangerous confrontation with her old friend Debbie Eagan. The women in the show desire to make the show a big one with their acting and wrestling skills. But they have to do it along with maintaining their personal lives.

GLOW Season 3: What Will Vegas Bring For The Ladies?

Vegas has seemed like a fantasy, away from the real, explains Alison. She also says that the stakes will be higher this season as the actors have grown in their wrestling techniques. This season the body slams and jumps will get bigger, and she feels this level of physical activity is the highest she and the other cast has reached. So it was a fantastic experience for the ladies.

But there is a saying that everything that shines will not always be gold. The third season will witness the ladies soon realize that Sin City is much more grind than glitter. Even for the team cheerleader Ruth, her ardor for the show starts to fade to her increasingly complex personal life. Debbie makes progress as a producer, but she is continuously under the guilt. This guilt is because of her distance from her son. And as this struggle exhausts them, the difference between

performance and reality diminishes, as the women find themselves fighting with their personalities.

What Does The Trailer Suggest?

Netflix has delivered the first trailer for GLOW Season 3 a few days back. This time, the gorgeous ladies will make their way to the sin city, Las Vegas for their wrestling debut. One good part is that the viewers get to see Geena Davis as Sandy Devereaux St. Clair. Sandy is a former showgirl who now directs the show at the Fan-Tan Hotel and Casino, the new place for GLOW.
Season 2 ended with the women bouncing on a bus to Sin City in the early days of 1986. Alison Brie, in an interview, told that the filming for GLOW Season 3 has been very different from other situations. This season in Vegas embraced its aura, like the sex, liveliness, the drama along with the danger. She thinks the next season will have a lot of sensuality.
https://www.youtube.com/watch?v=xQaCxIJX0J0&feature=youtu.be

Netflix has announced the premiere date for the third season. All the ten episodes will air on 9 August this year. Co-creator Liz Flahive stated that she wishes GLOW Season 3 will not be the final one for the series. She believes that the show should have a proper ending and this season does not have that. Thus, Liz and the crew is counting on Netflix not to cancel the show after three seasons.