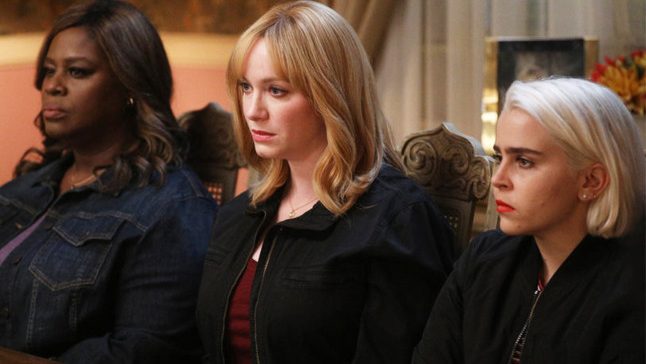 Good Girls are back again! NBC did not disappoint its fans and renewed its one of the most successful series for another run. Good Girls Season 3 will be the next installment of the series. The renewal of the show took place just after the second season took its flight on NBC. The second show also premiered on Netflix just after concluding on NBC.

Good Girls is the crime dramedy series of NBC, created by Jenna Bans. The show features three suburban Michigan mothers and their journey through the crisis in their lives. First, Beth (played by Christina Hendricks) got ditched by her husband Dean (played by Matthew Lillard), for another woman in a near financial wreck.
The second one is Annie (Mae Whitman), Beth younger sister is trying to make life and take care of her teenage child after having a divorce. And lastly, Ruby (Rhetta) is trying her best to pay for the treatment of her daughter’s rare disease. Unable to reach end meets, the three decides to stick up for themselves by robbing the local grocery store. And after that, the story of chase begins.
The critics and the audience averagely accepted the first season of Good Girls. However, the second season of the show created the mega-buzz, received critical acclaim with a rating of 100% on Rotten Tomatoes.

Good Girls Season 3: What Will Happen Next?

The second season of the series left all the ladies in some exciting places. They had to deal with the consequences of their criminal behavior. Beth has indulged her legitimate working along with the illegal activities. Moreover, the FBI has threatened Ruby and her husband Stan (Reno Wilson). As a result of this, she had to choose between her family and friends. And Annie is also struggling as her ex is preparing for his new baby.

Good Girls Season 3 will focus on how the girls will be able to pull off the new bogus money scheme Beth has cooked up so they can start making plans for bank robbery again? It will also look after Annie’s relationship with her new love interest Noah (Sam Huntington) and even with her ex-husband Gregg (Zach Gilford).
Meanwhile, it’ll be interesting to see if Rio will work with Turner to unravel about Beth committing a crime. Also, what will happen if Ruby’s husband will find out what she has been doing lately in her spare time?
The executive producers of the show, Jenna Bans, and Bill Krebs revealed some tiny bits about Good Girls Season 3 in an interview with TVLine. According to them, the third season will focus the trio more in-depth of crime, which will be a means to explore the relationships between the women.

The second season of the series just ended in May 2019. Therefore, it seems like the audience will have to wait for a while for the upcoming season. Though both the seasons of the series released at the beginning of their respective years of release. Therefore, the fans can expect Good Girls Season 3 to premiere in late February or early March of 2020. And after its complete release, the third season will be available on Netflix.