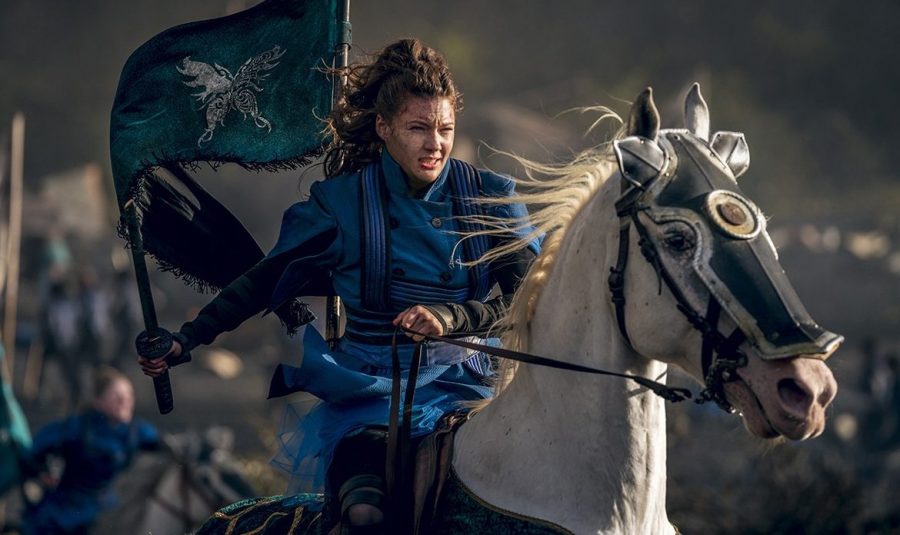 Into The Badlands Season 4: Will Any Other Network Pick The Series? #SaveTheBadlands

The third and ‘final’ season of AMC’s famous martial arts show has concluded. Viewers are now hoping for Into The Badlands Season 4 to be picked by another network. Soon after Season 3 returned from its mid-season break, showrunners and actors shocked us with the cancellation. Since then, fans and followers are petitioning to bring back to series. However, are there any chances for it to return?
Set in a 500-year-old mystical world, the series centers around the obscure territory, Badlands. The show is mysterious and addictive. Starring a brilliant set of cast members, Into The Badlands was one of our go-to adventure dramas. Now that it has ended, fans are still to adjust to the fact that Season 4 has slim chances to return to our screens again.

What Caused The Cancellation?

The debut season won all our hearts when it premiered back in November 2015. Receiving fairly positive reviews, the show stood as one of the best debuts on AMC that year. However, its popularity decreased by the second season. Season 3 was 16 episodes long with a mid-season break that lasted for months. The viewership depleted by the final season making it one of the major reasons to cancel the series.


The cancellation was announced alongside the return of Season 3 after the mid-season break. Actors like Daniel Wu, Teressa Liane, Lewis Tan, and others expressed their displeasure. Most of the cast members are still upset with the same. The third season was declared to be the final one, dismissing any possibilities for its renewal on AMC.

Into The Badlands Season 4: #SaveTheBadands

Soon after Season 3 became the final installment, fans began to protest against the cancellation. A large group of followers has started the hashtag, #SaveTheBadlands. They demand another network to pick up Into The Badlands Season 4. Many of the cast members have supported the campaign by reposting the hashtag.

How could AMC end this amazing show? It deserves to live on #SaveTheBadlands #IntoTheBadlands pic.twitter.com/9pt2l3Zxdt

2019 brought cancellation of many of our favorite show. This includes big and popular series like The Big Bang Theory, Criminal Minds, and of course, Game Of Thrones. While these programs concluded their stories, many others had to face untimely removals. Fortunately, a few of them were reborn in new homes.
Currently, Netflix is in great form and has picked up many canceled series this year. This includes the renewal of pop-shows like Lucifer and Designated Survivor. Other programs such as Brooklyn Nine-Nine and Arrested Development were also given new lives after being canceled for a while. This has boosted hopes for fans as now they’re expecting to watch Into The Badlands Season 4 via another platform. Chances are still pretty low, although, it can only happen if the online campaign runs fine.
Into The Badlands has been one of the best martial art show of recent times. Hence, it’s pretty painful to let go of series as good as it. A large number of fans are upset with the cancellation. It’ll be a pleasant surprise if another platform picks it up for Season 4. If not, then, memories of the show will always be alive for all the martial arts enthusiasts.