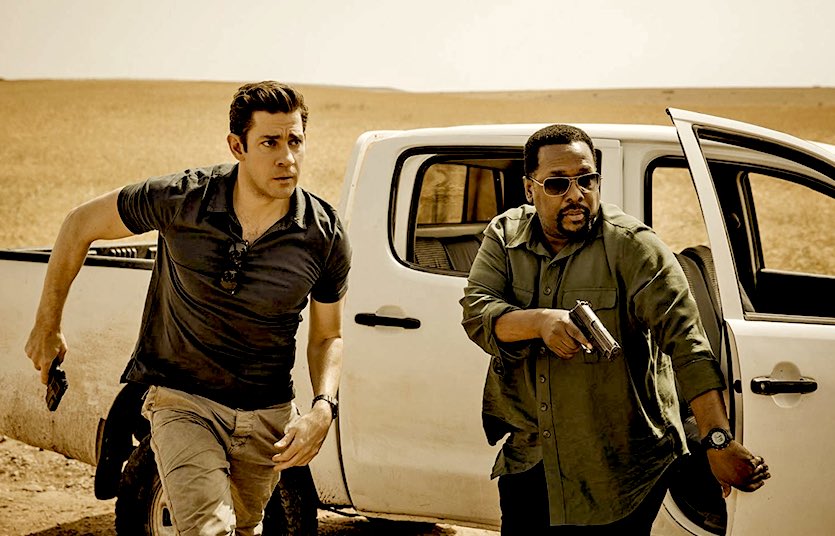 Amazon Prime’s adventurous action series is all set to make a comeback. Jack Ryan Season 2 is on its way to our screens, and we have all the details for you. Tom Clancy created this magnificent character via his novels, which hold a big contribution to the success of the show. Debuted in August 2018, Jack Ryan was well accepted by the critics and audience both.
With the way it was renewed, we very well know that the political thriller is going to be massive. A few months prior to its premiere, Prime Video was already aware that the series could be a huge success. Hence, the second season of the popular show got a surprisingly early renewal back in April 2018. Moreover, as we await the release of Season 2, showrunners have already confirmed Season 3.
Starring’ The Quiet Place’ fame John Krasinski, the series does justice to the iconic character Jack Ryan is. A large number of Tom Clancy fans have appreciated the adaptation. The eight-episode series follows a spine-chilling sequence of Ryan’s action against global terrorism. The screenplay is crisp and perfectly depicts the essence of the story. Moreover, the cast members perfectly befit their characters.


We’ve waited for almost a year now, and it’s time to know everything that may happen in Season 2. Hence, here we have all the exciting details about the new installment.

Jack Ryan Season 2: Jack’s On His Way To Follow The Novel’s Plot


However, unlike the book, the new installment will probably be set in Moscow. This was hinted towards the finale of Season 1. Ryan’s boss, Jim Greer (Wendell Pierce) offers him to shift to Moscow and leave his position at the CIA. If Jack actually does what his boss suggests, Season 2 will follow the novel’s plot sequences. Nonetheless, one thing is for sure that we’re going to have much fun watching our hero dwell into action and drama all over again.

With John Krasinski’s return as the lead, Season 2 will also bring us a few new faces. One of the most exciting cast additions of all is Game Of Thrones fame Tom Wlaschiha. We hope you still remember him as ‘The Faceless Man.’ The actor is well-appreciated for his acting skills, and it’ll be interesting to see him play Max Schenkel in the new season. Wlaschiha will be a negative character, portraying a foreign operative.
Other noticeable additions include Noomi Rapace from Girl with the Dragon Tattoo. The pretty actress will a German Intelligence Harriet “Harry” Baumann. Famous for his role in House of Cards, Michael Kelly is set to portray an important character. He is set to stage Mike November, a CIA lifer, and field officer. Cristina Umana from Narcos and ‘The Leftovers’ fame Jovan Adepo will also be seen in Jack Ryan Season 2.

When Will We See Jack Ryan Back On Screen?

Amazon Prime Video is yet to announce a firm release date. The previous season debuted in August last year. Hence, it’s highly possible that Season 2 may also premiere around the same time window. The new installment is likely to arrive by August 2019.