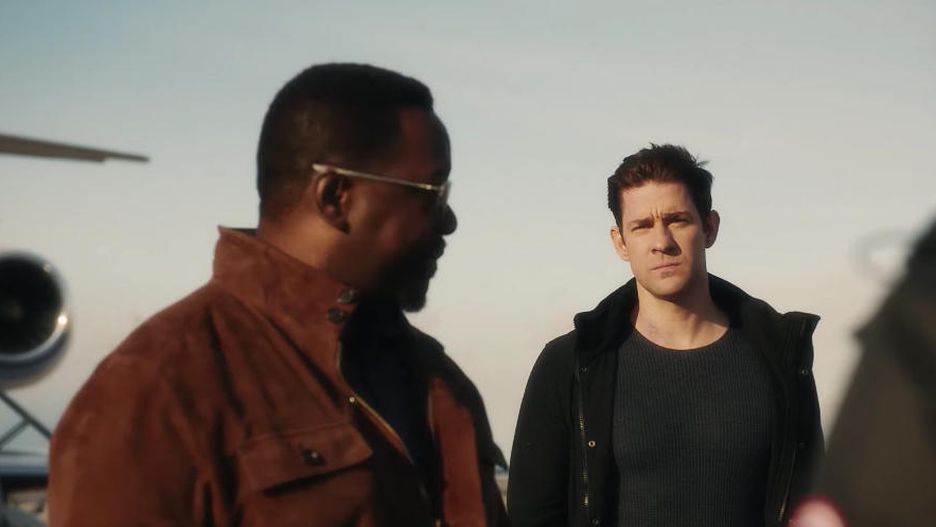 World-known American Spy Jack Ryan recently had his huge return with Jack Ryan Season 2. And in no time, fans started asking for the next installment of espionage drama, Jack Ryan Season 3. The second season premiered yesterday only on Amazon Prime and created a hell lot of buzz.
Though the fans do not need to worry about the next installment of Jack Ryan, as the streaming service officially renewed the show for the third season. Long before, in February 2019 itself, Amazon Prime officially announced the renewal of the show for next season. Jack Ryan Season 3 will be the next installment of John Krasinski’s cunning spy series.
The debut of Krasinski’s Jack Ryan brought back the icon spy, which has been portrayed by so many mega-stars back in the past. Premiered in August 2018 on Amazon Prime, the first season received mixed reviews from the critics. Although the audience loved Krasinski’s Jack Ryan and his spying adventures. Following the line, the second season came on November 1, 2019, and is doing pretty great.

Recently, news came in that the series will bring a new show-runner for the third season. Paul Scheuring (Prison Break) will take over from Carlton Cuse, who commanded the first and second season of Jack Ryan. Scheuring, along with John Krasinski (executive producer and lead actor), will invest all the creativity in pulling out the best in Jack Ryan Season 3.

As per the official synopsis revealed for the second season of Jack Ryan, it resembled with Clancy’s famous book, Clear and Present Danger. The third season of Jack Ryan would likely pick up the plot-line from Clancy’s other famous novel, The Hunt For Red October. According to that, Jack will probably end up in Russia for the next season. However, these are just speculations. The actual story will come up when the show-runner and star John Krasinski come affront about it.

Jack Ryan Season 3: Who Will Return?

As of now, only the renewal for the third season has been scheduled. Other than that, not many updates have been provided by the streaming service. Although by looking through who survived by the end of the second season, we can get some idea who will return for the third installment. John Krasinski will no doubt return for the third season, but there is no certainty about Wendell Pierce’s return as James Greer. James Greer ended season 2 considering his time in the field has ended because of his worsening heart condition. Moreover, his hatred of being relegated to a desk job could lead to his exit from the series.

It is also unclear whether Mike November or Harry Baumann will return for Jack Ryan season 3. However, this is sure that some new faces will join the next season. The audience just needs to wait to know more information from the showrunner and John Krasinski himself, about the third season.

The first season of espionage drama debuted in August 2018, followed by its next run in November 2019. Therefore, as per the pattern, Season 3 will likely premiere by the late 2020, or in early 2021. The fans are eagerly waiting to know about what turbulent will happen with Jack Ryan in the next installment. For more updates on Jack Ryan Season 3, stay tuned.