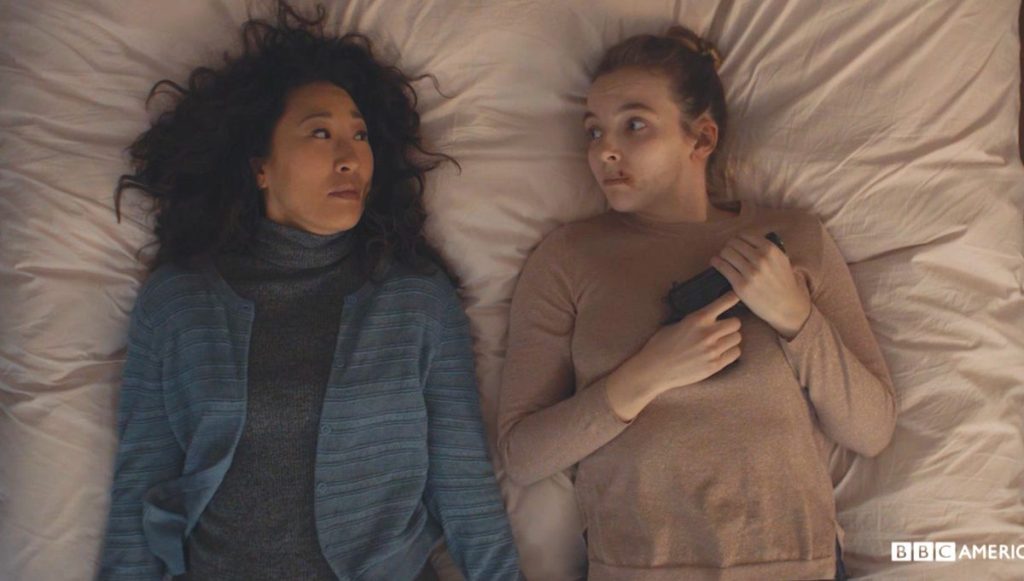 Our leading lady was assumed to be dead as of the Season 2 finale. Although luckily, it seems like she survived to be back in Killing Eve Season 3. The internet went crazy finding out what happened at the end of the previous installment. Fans were skeptical and had various justifications for how Eve would’ve been saved. However, it’s finally certain that actress Sandra Oh may return to reprise her role. Here’s how we know that.
Killing Eve debuted in April 2018, to become one of the best thrillers on BBC. The series went on to win dozens of awards for its brilliance. And, especially for the performances by the leads. Actresses Sandra Oh and Jodie Comer are praised for how they blend into their character’s personality. Moreover, the story is engaging and does pure justice to its genre. Fans and critics agree that the world deserves more shows like this.

For a show as deserving as Killing Eve, BBC America had to greenlit it ASAP. Hence, the renewal was announced the following day of the April 2019 premiere of Season 2. Moreover, productions for the series began soon as well. The cast and crew are currently in the middle of filming for the third installment.

[Spoilers For S2, Read at your own risk]
Fortunately, Eve Polastri may actually be alive. The finale of the previous installment gave us a heart attack when the notorious assassin shot the MI5 agent. Fans knew that this couldn’t be the end for the winsome character. Some theories even suggested that she could’ve been wearing a bullet-proof jacket. However, others justified that she might be playing dead to fool Villanelle.

Though, despite the theories, it was clear that the writers won’t kill a character who’s in the name of the series. Well, this was verified when locals caught Sandra Oh shooting for Killing Eve Season 3 in London. She was spotted wearing a chef’s uniform. Lately, people even found her hiding her face with a hoodie on the set. It’s fair that showrunners don’t wish to reveal the plot to the viewers yet. However, the reveal is a sense of relief for fans who were worried about Eve’s survival.

Killing Eve Season 3 is ready to welcome a few new members to the cast, as reported by LADbible. The latest installment will introduce us to Dame Harriet Walter’s character. The actor is famous for his roles in shows like The Crown and Succession. On the other hand, actor Danny Sapani also known for The Crown as well as Harlots, is set to pick up a role in the spy thriller. However, it’s currently unknown what characters they’re playing.

Killing Eve Season 3: When Will It Release?

BBC America is yet to give a firm premiere date. However, both the previous installment began telecasting in April. This highly suggests that Killing Eve Season 3 may also follow the release pattern. Hence, we can expect the series to return by April 2020 or nearby.


The award-winning series surely has much potential to run for a bunch of installments in the future. Although since the story of the show is entirely based on Luke Jennings’ Villanelle novel series, it’ll certainly continue as long as the novels allow. As of now, fans are eager to know what happens next in Killing Eve Season 3. Alongside, Eve’s fate remains to be intriguing to most of the viewers.