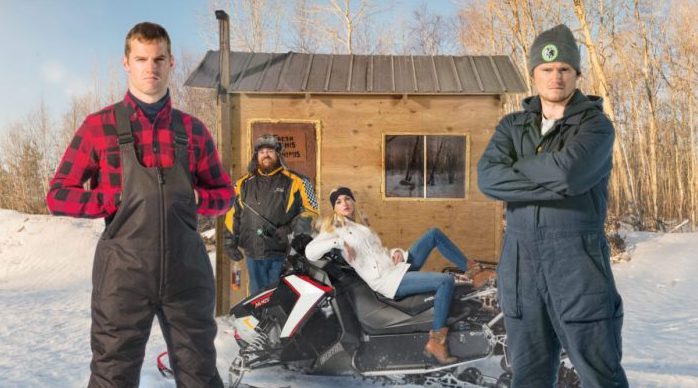 The most adored Canadian sitcom has been ordered recently for another massive run. Letterkenny Season 7 will be the next installment of the series. The audience has been longing for a long time to hear the renewal news.
Created by the lead, Jared Keeso, Letterkenny is set in the fictional Canadian small town of the same name. It follows the life of Wayne, his sister, Katy (Michelle Mylett), and the friends Daryl (Nathan Dales) and Squirrelly Dan (K. Trevor Wilson). The show revolves around the antics of the 5000 residents of Letterkenny.
The sitcom first began as a Youtube Web series, which was titled as Letterkenny Problems. However, later got promoted as a series by Crave. Then, the series debuted on Hulu.
The show debuted in 2016, and since then saw a good increase in its fanbase because of its dense, witty writing and its colorful cast of characters. Letterkenny is famous for very dry humor with the quick delivery but slow pacing. It has also won several awards, including Canadian Screen Awards for Best Comedy Series.

Letterkenny Season 7: Hulu Gets All The Rights

As of now, Hulu has acquired all the exclusive U.S. rights for the comedy series. Therefore, the seventh season will debut as the Hulu’s original. It already also has rights for the past six seasons as well.
The Hulu’s Vice President of Originals, Craig Erwich also expressed his views in the press release. He stated that Letterkenny checks out all of the boxes. Craig also praised the series as the fan-following and conversation around the series have gained exciting momentum, since the first season premiered last summer, and they are proud that the show joined the Hulu family.

Before the premiere of the seventh season, all the cast members of the show are bringing the Letterkenny Live! Tour. The tour will cover New York, Chicago, and Minneapolis. It seems like its a new way to promote the upcoming season of the series. The tour will begin on June 20, 2019. So, the fans now have the chance to watch their favorite Canadian comedy series and see their much-loved characters up close and personal.

The last Valentine’s Day special episode featured a speed dating event, hosted by Letterkenny. Meanwhile, the fans also saw Wayne and Stewart (Tyler Johnston) bonding over their love of hockey fights. Therefore, the upcoming season would likely continue were its previous run has left off.
Moreover, the audience will find Wayne and the entire company in an entirely different scene in the seventh season. The seventh season will see the Hicks launching an agricultural call-in show, naturally.

Guess what. Letterkenny Season 7 is comin’ to Crave October 11 and Hulu October 14. https://t.co/KHHL38UJDt

Hulu has scheduled the premiere date for the seventh season. Letterkenny Season 7 will release on October 14, 2019. Meanwhile, all the six seasons of the show are currently streaming on Hulu. Till then stay tuned for the updates on the series.