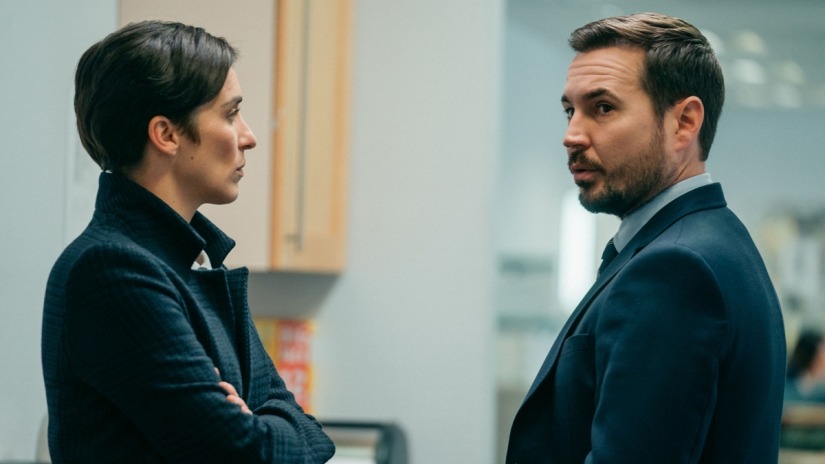 No, it’s not the end. The audience will get to see more of AC-12 and their action in Line of Duty Season 6. The finale episode of the fifth season just released. And, BBC has renewed the hit British police drama for another run. Season 6 of Line of Duty will be the next installment of the series.
Line of Duty is one of the most popular shows of BBC One since its debut. The hit British police drama was renewed for two seasons straight, after the end of the fourth season in 2017. It is UK’s most-watched show of the year, along with 7.8 million viewership.
Line of Duty follows D.S. Steve Arnott (Martin Compston), who was transferred to Anti-Corruption Unit 12 (AC-12) from Authorised Firearms Officer. This happened because he refused to cover up an encounter by members of his own team. AC-12 comprises D.C. Kate Fleming (Vicky McClure), D.I. Matthew Cottan (Craig Parkinson), lead by Superintendent Ted Hastings (Adrian Dunbar). The team realise the pervasive nature of corruption and also the interconnection between the police force and an organised crime group.

Will Line of Duty Season 6 be the Final Season of the series?

Rumours are speculating that the sixth season will be the final season of the series. Though when asked about the life span of Line of Duty, Jed Mercurio stated at a press screening as:

“I don’t know. We all love making the show. I think a lot depends on how people respond to it. I think that it’s great that people get very excited about it when they get to the end of the series, and they talk about what they want to know, and what they want to see next. But I think we recognise that it’s got a life span, so I think we’ve got to calibrate that against the audience responses. I have some thoughts about how it’s all going to end.”
This indicates that the show will have more seasons in the future.

The fifth season left quite some open-ended threads which might conclude in the sixth one. Line of Duty Season 5 was set around just one frame, Who is the corrupt police officer, known as H?
By reaching the finale, the mystery unravelled that H was not one person. It was actually a group, comprising four Caddies. They were signalled by the original Caddy DI Matthew “Dot” Cottan . The team noticed that he was tapping out the Morse Code for H: four dots, in his dying declaration.

The show previously revealed that ACC Derek Hilton (Paul Higgins ) was the second one, and legal counsel Gill Biggeloe (Polly Walker) as the third one. Therefore, it is pretty likely that AC-12 will search for the fourth and ultimately, the final corrupt police official in the sixth season.
Furthermore, the sixth season will also follow-up OCG member Ryan (Gregory Piper). He has succeeded in getting into police college and now become the newest corrupt officer of the force.
Also, the sixth season will focus more on Ted Hasting’s Shenanigans. At the end of the fifth season when it revealed that there was no mysterious H, AC-12 chief was vindicated, with a warning.

When will Line of Duty Season 6 release?

The series has traditionally airs a season with a one year gap. Moreover, show’s creator and writer, Jed Mercurio also stated in a tweet, that he had not even started writing for the sixth season. Therefore, it seems that the show will take a while to set its foot on BBC One. The sixth season of Line of Duty would likely release in spring of 2021. However, the official schedule about the premiere of Line of Duty Season 6 is yet to be announced.