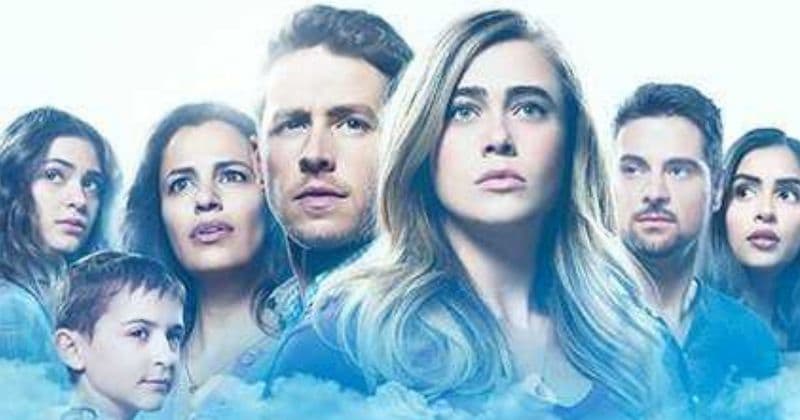 Manifest Season 2: Everybody Back On Flight 828, Plot Details And More

NBC’s shocking thriller Manifest debuted in September 2018. It’s almost been a year, and the network has been pretty tight-lipped about its sequel run, Manifest Season 2. However, the entire show cast and show-runner recently showed up at this year New York Comic-Con. Not just this, another trailer for the second season of Manifest came up at the panel.
Manifest is a supernatural drama series of NBC Network. The series follows the illusory story of the passengers and crew of a commercial airline flight which disappeared five years ago. Shockingly, the people reappeared after five years who were presumed to be dead.

Manifest got another trailer at this year’s New York Comic-Con. In the trailer, the audience saw a brand new passenger, ready to bring in a hell lot of problems fro the Stone family. This new passenger will get involved in a murder, and Michaela will investigate it. T.J. is one of the passengers viewers haven’t get to get along with. And just like him, the fans get to meet a good lot of new passengers in the second season.

Season 2 of Manifest will have quite many new faces for the fans. As reported by Deadline, Yasha Jackson will appear in the second season. She will play Suzanne, Ben’s ex-girlfriend and the dean at Astoria University. Also, Garrett Wareing will join the cast as TJ, a college freshman. Moreover, Andrene Ward-Hammond will play Captain Kate Bowers, the newly appointed captain of Michaela’s precinct. And Ellen Tamaki will portray Drea Mikami.
Along with these, the cast from the debut season is returning for Season 2. This includes Melissa Roxburgh as Michaela Stone, Josh Dallas as Ben Stone, Athena Karkanis as Grace Stone, J.R. Ramirez as Jared Vasquez, Luna Blaise as Olivia Stone, Jack Messina as Cal Stone, Parveen Kaur as Saanvi Bahl, and Matt Long as Zeke.

Manifest presented itself at New York Comic-Con as a part of the Warner Brothers TV block. Though showrunner Jeff Rake and the entire cast were pretty tight-lipped about the upcoming season of the supernatural drama, some significant spoilers eventually came up related to the forthcoming season.
The star of the show, Josh Dallas, also revealed that his character, Ben Stone, will also return to the teaching, and T.J., the new character will play his one of the students. Dallas also shared Ben’s inner guilt as he knows about the passenger’s potential death day. On that, Dallas told EW that Ben got this self-inflicted burden of being responsible not only for his family but for all the passengers. And that burden is going to weigh very heavy on him. The audience will see that breaking him in a certain kind of way.
Showrunner Rake also teased that the upcoming season will continue the fight between science and faith. Also, it would try to find if there is an explanation for Flight 828 or not. He also made one more big revelation though. According to Rake, by the end of the season, a new group of time travelers would change the entire show’s premise once again.
Also, all three characters, who were in the room at the end of the first season, Michaela, Jared, and Zeke, were present at the panel. It means nobody of them will die by that bullet, from the cliffhanging end of the first season.

The finale episode of Manifest left the audience on a cliffhanger. In the final seconds, some gun clash took place between Zeke and Jared. And as Michaela entered the room, a gunshot took place. It seemed that the shot hit someone. However, everything went black by then. Though executive producer Jeff Rake told TVInsider that this answer would be resolved early in the season premiere.
Rake also stated that the characters would continue to discover that the callings are raw tools to be utilized. Season 2 will also highlight some of the other storylines from last season, including Grace’s pregnancy, Michaela and Jared’s love story, and more.


Griffin’s death would also majorly contribute to the plot-line of Season 2. Also, passengers of the flight know that their death day is on June 2, 2024. That’ll also affect the characters and would lead them to do some actions they are not supposed to do. Jeff Rake also stated that the reaction of the audience to this news would affect deeply on the plot of Manifest Season 2.

As per the revelation at NYCC, the sophomore season of Manifest is returning in January 2020 on NBC. However, no solid premiere date has announced yet by the network. Till then, stay tuned for further updates on Manifest Season 2.