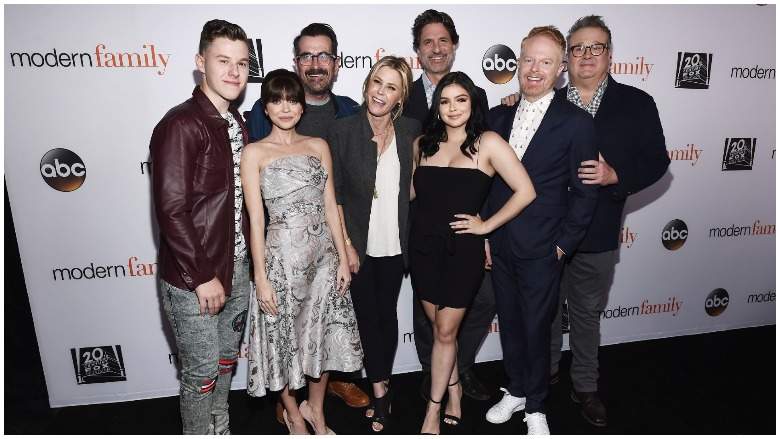 The Pritchett-Tucker-Dunphy clan’s fun run will take center stage one last time. ABC network’s response on Modern Family Season 11 overwhelmed the fans. The show has been a massive success and critics have praised every part of it. But one issue regarding sexism surfaced during the show. The critics panned the show for portraying successful careers of men and women as homemakers. Reason being it contradicted with the title of Modern Family. Overall the show gained a lot of popularity, and it is only fair to give the ‘Best sitcom currently on TV’ title to the series.

The show depicts a large family divided into a nuclear, step and same-sex families with Jay Pritchett as the patriarch. He has a new wife Gloria, three children of his own, and one of his current wife staying in the house. One of his children, Mitchell, is gay and lives with his husband. As the name suggests, this family portrays a modern-day family, and the show centers its plot on situations which many households face in real life. The exciting part to see will be the developing relations in the end and how humorous it can get.

Modern Family Season 11: The Family Felt Like A Real One To The Cast

Jesse Tyler in an interview said the series finale would have a very bittersweet ending. He expressed his sadness on the show’s end. But he felt happy seeing the long run of eleven seasons and looks forward to the opportunities he will get in the final one. Therefore he wants to build up the excitement for the fans as well so they could enjoy the show on a new level.
The cast has been working collectively for over a decade so it would be difficult bidding adieu to the show. Jesse said he believed that the whole cast, crew, and people who were with them from the beginning have been like a family. People have had children and started families during the period of the show. Therefore, it feels more like a family. He said it would not be easy to cope with everyone’s absence in his life.

Jesse Tyler Has A Charity Tie Collection For Pride Parade

Jesse Tyler and his husband, Justin Mikita, collaborated with The Tie Bar to create a charity tie collection in celebration of Pride Month. He explained that he took help from his activist friend Jacobia Tobia to create a few bow-tie designs and they designed some beautiful pieces. The couple then worked with The Tie Bar to roll out the collection with some classic Pride-ready items. It included no-show socks, a phone pop socket, lapel pins, cufflinks, and more. The pop-up shop at The Tie Bar’s New York store since then became a one-stop-shop for all Pride style essentials.

The hilarious family scenes will entertain the fans one last time from 25 September this year. Modern Family Season 11 will inevitably end on a big note by reaching out to all significant characters. The show’s Instagram

page posted a video with that confirmed the premiere date. Stay tuned for more updates.