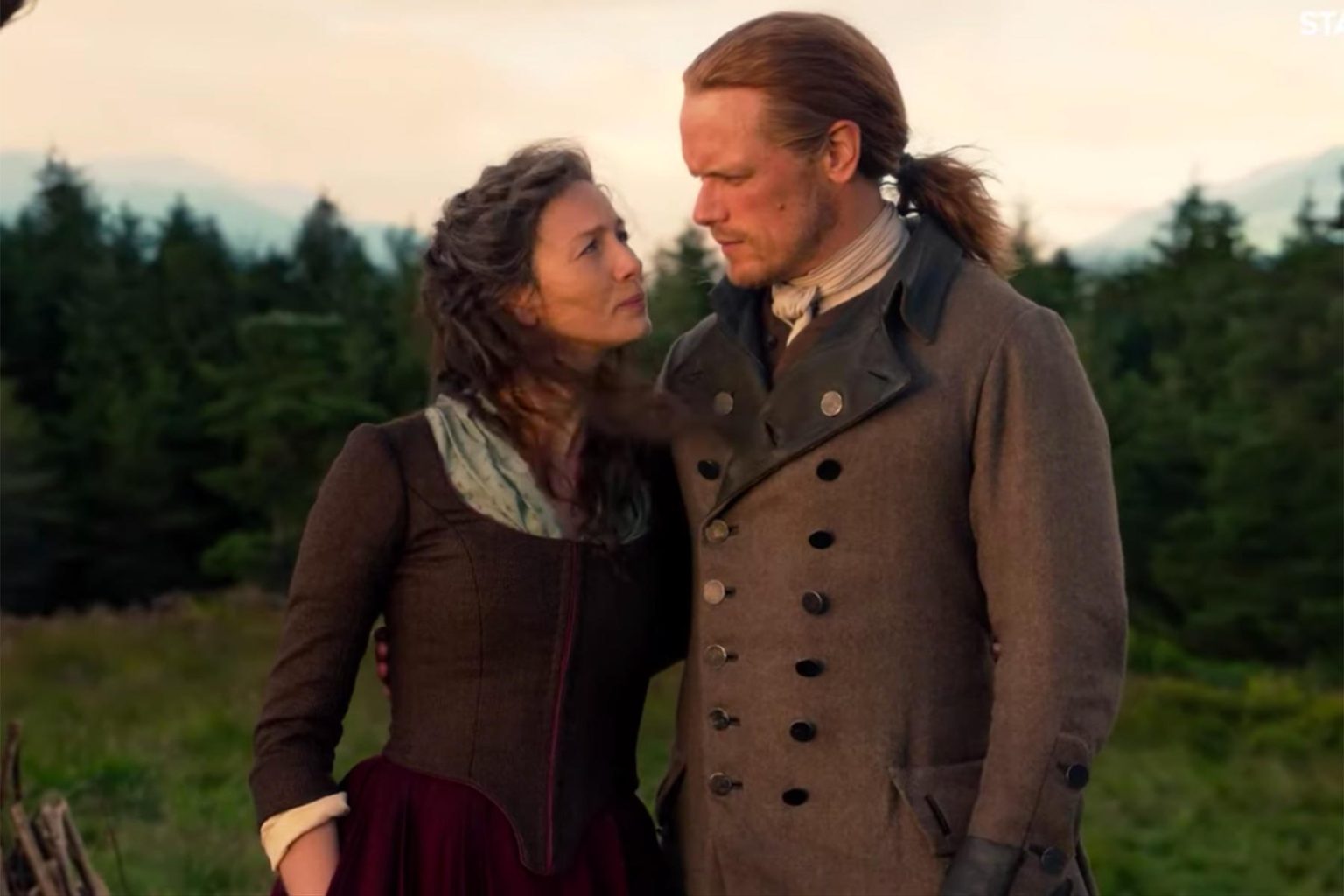 Outlander Season 6: Renewed Or Canceled? Will There Be Another Season?

Since Season 5 of Starz’s popular series is around the corner, it’s time to question whether there will ever be an Outlander Season 6. The fifth installment of the show now has a firm release date that viewers must mark in their calendars. Despite running for more than five years now, the historical drama is still in the talks. Besides, fans are always up to watch more. But are we getting another season? Here’s everything to know.
Popular for its protagonists’ hot chemistry, Outlander emerged as an entertaining show when it debuted back in 2014. Based on Diana Gabaldon’s series of novels, the TV series is one of the finest pieces of high-quality content on the network. Lead actors Catriona Balfe and Sam Hueghan play the roles of Claire and Jamie in 1743’s Scotland. The story begins as the former accidentally travels back in time from her 1946 life. The plot evolved as we transitioned to the fourth chapter.

Will There Be Outlander Season 6?

Fortunately, yes. Fans will indeed have a sixth installment of the beloved show. For those who are uninformed, Starz greenlit both Season 5 & 6 altogether back in May 2018. The television network was pretty confident about the expected reception and, henceforth, gave us two renewals collectively. Cast and crew are all prepared for Outlander Season 6 and are already certain about their future schedule.

When Will Filming For Season 6 Begin?

Well, the cast members have recently wrapped up Outlander Season 5, which is set to premiere soon. It’s almost predictable that they may not start the sixth season right away. However, leading lady Catriona Balfe has some details to spill about the latest offer. In a Twitter Q&A, she discussed the Season 6 production schedule.


Upon being asked about the filming session of Outlander Season 6, Balfe answered they aren’t planning to begin any soon. However, they’re now waiting for the writers to complete the script. Hence, as soon as they are ready, the upcoming installment may go under production. The actress reveals that they are expecting the final scripts to arrive by May 2020.

Will There Be More Installments?

While the sixth installment of the series is set to release, fans worry if there will be more chapters of their favorite show. The series is based on Diana Gabaldon’s series of novels, hence, there’s still much more story to cover. The first five seasons of the show have included the story of the first five books from the set. Moreover, Balfe has recently confirmed that Outlander Season 6 will inspire its plot from the sixth one called ‘A Breath Of Snow And Ashes.’


The series of novels is a set of eight, and the ninth one is forthcoming sometime around 2019 or 2020. Hence, Starz still has three books to cover on the TV show. As of now, there’s no confirmation that there will be more Outlander installments. However, since the series is running pretty successfully, and there’s still much plot to cover, the television network may continue making more seasons.

When Will Outlander Season 5 Be On Starz?

Outlander Season 5 is arriving pretty late this time. It’s already been a year since Season 4’s November 2018 premiere. Starz recently announced the release date. The fifth installment is set to telecast on February 16, 2020.