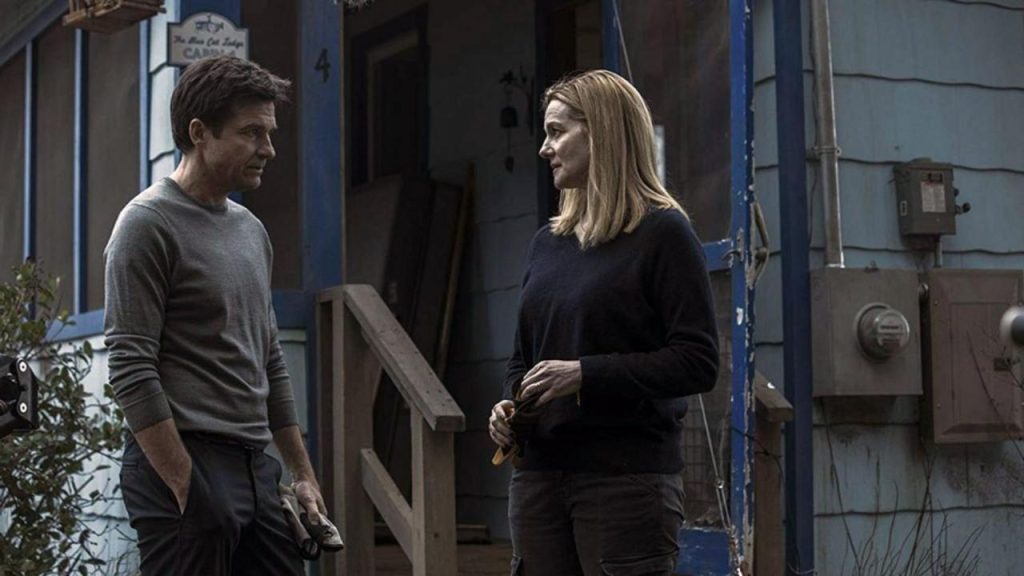 People deserve a second chance, just like Businesses. The Byrde’s will return for the trade, Netflix renewed ‘Ozark Season 3′ back in October. The news came from the Twitter handle of Jason Bateman. Well, it is one of the most anticipated crimes, drama, thriller show of Netflix.
Right after the renewal of the show, everyone is eager for more updates. The last season ended with so many mysteries. A lot of scenarios are building up for the new season. Therefore, fans’ can’t wait to find out when The Byrde’s are returning for another exploit.
What will happen in Ozark Season 3? What are the rumors about the fate of Ruth Langmore? What are the new scenarios of Wendy? When will the show return on our screens? Here’s all you need to know about Ozark Season 3 –

When Will Ozark Season 3 Go Under Production?

Jason Bateman is the one person army of the show. He is the protagonist of the show. Along with that, he has also directed a few episodes, and he is also the executive producer of the series. The show got a bit late on its production schedule. The reason behind that is Bateman himself.

The star took some time off the screen to spent some time with his family. In an interview, Bateman said that till March, he wouldn’t be working on the show, as he will give time to his family. Allegedly, the time has come when Bateman will return from his off time and take Byrde’s to a new adventure.

What Will Happen In Ozark Season 3?

A lot of predictions and theories have come out for Ozark Season 3. Some about the plot of the show, some about an individual character change and some about a potential exit from the show.

The Plot for the Season 3 – The Big Boat

At the end of Season 2, we saw Marty buying the new boat – A Casino Boat. Well, Season 3 will presumably focus on that. This boat will mean Byrde’s will involve in more significant drug deals. This also means more threats and challenges coming their way in the upcoming season.

Wendy Is Hiding Something From Marty?

In Season 2, we saw Wendy’s progressive path to the crime world. Well, you can’t keep your hands off the blood in this business. Rumors are also around that Wendy is up for her own mission, which she is hiding from Marty. If so happens, we will see a lot of tension rising in the Byrde family. Speculations of Wendy being in the limelight of crime in Season 3 is also there.

The Fate Of Ruth Langmore In Ozark Season 3

The fate of Ruth Langmore is quite dubious for now. Julia Garner pursues the role of Ruth. Rumors are around that Garner will take an exit from the show. However, this seems a bit unlikely. Speculations of Ruth managing the Big Casino Boat are also there. Well, if Byrde’s are going to involve in more prominent deals, they undoubtedly need someone like Ruth to keep things in place at their boat.

When Will Ozark Season 3 Premiere

Well, there are still no updates about the production of the show. Although, it is presumed to begin this month. So, we can assume some good news is coming our way soon. Moreover, if so happen, we can consider ‘Ozark Season 3’ back on our screens before the end of 2019 or in early 2020.