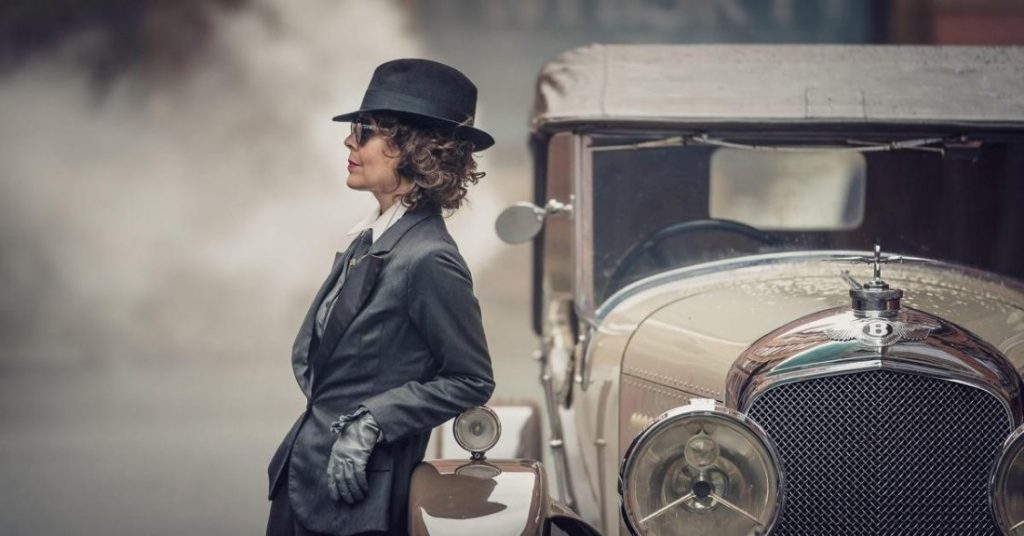 Peaky Blinders Season 6: A Tribute To Helen McCrory- When Will The Show Release?

Peaky Blinders filmmaker Anthony Byrne has given the tribute to Polly Gray star the late Helen McCrory while resuming filming of Peaky Blinders Season 6. Well, the last season was full of highs and lows. But the sad news of late Helen could probably play a major part in the upcoming season. Helen was best known for her work in the Harry Potter films as Narcissa Malfoy and Elizabeth Polly Gray in Peaky Blinders. Above all, she was a people person with brilliant acting skills.

Peaky Blinders follows the Shelby family’s exploits after the First World War, ruled by Tommy Shelby. While Polly Gray, née Shelby, plays a huge role in handling Tommy and his siblings. Being the treasurer of the group, she often manages Tommy’s business and his assets. Even she claimed several awards for her performance, including for Peaky Blinders.

Recently, the filmmaker shared a picture as the filming resumed for the sixth and final season. It shows a clapper board with an artwork of Helen in her character as Polly. Anthony said everything around them is so beautiful. Though the sun is beating down yet, it feels fine. However, the articles and tributes dedicated to Helen over this weekend weren’t that surprising, said Anthony.

Soon Anthony shifted his focus to the new clapper board, nodding that Polly Gray (Helen) will always stay in front of their cameras. Lauren Marie Sutton, a tattoo artist in Manchester, designed the board for the Peaky Blinders with Helen’s image on top. Anthony added that it means a lot for them, and now they can continue the entire final season filming without even missing Helen.

A few days ago, Helen’s husband, Damien Lewis, revealed that Helen died at 52 after a heroic battle with cancer. The stunning and promising woman, Helen McCrory, has died peacefully at home, surrounded by her family and friends. She died just like she lived her life “fearlessly,” said Damien. “Go now, Little One, into the air and thank you,” Damien added.

Peaky Blinders Season 6: What Will Happen Next?

The last we saw, Alfie Solomons somehow survived while Tommy brutally shot Michael Gray, who had plans to hand the opium business to the new generation. Meanwhile, Shelby’s plan to assassinate Sir Oswald Mosley was failed that pushed Tommy over the edge. Now everyone is trying their best to continue with “Plan B,” as Gina Gray said. But following the late Helen McCrory, sad news, things would change a little. However, nothing has been unveiled yet.

Will Focus On Fascism

said the upcoming season would see the rise of nationalism, racism, and fascism as they head to their 30s. Further, they wanted to explore Mosely’s simple ideas of nationalism and how they affect the entire group. However, Tommy will stay as an MP, but the solid political tension will worsen with time. Above all, Gina’s American family will play a crucial role, and their link with Mosely will soon come to light.

Peaky Blinders Season 6: When To Expect?