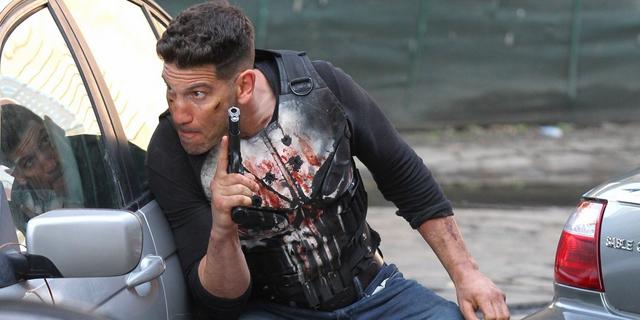 What Is The Fate Of The "Punisher Season 3" – Cancel Or Renew?

The Punisher Season 2 has just landed on Netflix. Everyone is now excited to know whether there will be a The Punisher Season 3. Is this the end of action thriller journey of Frank Castle?
Well, Marvel and Netflix are not having a good time together. The superhero universe has seen a lot of cancellation. Iron Fist, Luke Cage, and Daredevil landed on that list. Now its quite apparent that people are wondering about the fate of The Punisher.
Moreover, the ball is in Netflix’s Court. Marvel has a decidedly less say in this whole scenario. Judging by the prospect of other shows, this is not a piece of good news for The Punisher’s fans.
Here’s all the update you need to know about The Punisher Season 3:

Plans For “The Punisher Season 3”

Steve Lightfoot, The Punisher showrunner and executive producer, talked with Comicbook about the plans for Season 3, given that, Netflix doesn’t cancel the show.


Lightfoot said that he has got a perfect idea about what would happen next. An excellent idea about what Season Three is. He also added that he had reached a plan for it and he is really excited about, which Marvel know about, and they’re even excited about. We just certainly hope we get the chance to make it.
So it looks like Steve Lightfoot is all set for another installment of the show. He is waiting for a green light from Netflix. However, it seems like the media giant will take its fair share of time to decide the future of The Punisher Season 3.

What The Punisher Season 3 Will Be About?

Lightfoot also revealed few ideas if there will be Season 3 of Punisher. He said that the plan he has is very much back in the city. The storyline is seeing Frank; now he has fully adopted the veil of The Punisher.
The show will pursue where that takes him and what obstacles that throw up for him as he trails that path. Lastly, Lightfoot admitted that he couldn’t say much more than that. But yeah, we are expecting we get the good word, and we go forward and dive back in.
Well! This means that The Punisher will now be in full form. Moreover, new complex scenarios await for the Season 3. The vigilante is expected to meet further threats and stronger enemies.

Jon Bernthal On The Decision Making For “The Punisher Season 3”

The shows lead Jon Bernthal talked about the decision making process. He said that he had made peace with the idea of The Punisher’s possible cancellation.
Bernthal said that he only worry about the things he can control. He added that he is portraying the character and doing the job, and it’s right there in front of him. He does whatever he can to make it as good as he can.
Bernthal finally said that there are a lot of things you can’t control in this business. He said that whatever is happening with these shows (Luke Cage, Iron Fist, etc), these rulings are made in rooms he is not invited into, and he is okay with that.

Season 2 of this action-thriller has just dropped on Netflix. The media company will undoubtedly take some time to analyze its performance and numbers. Therefore, any updates about either renewal or cancellation might come after a few months.