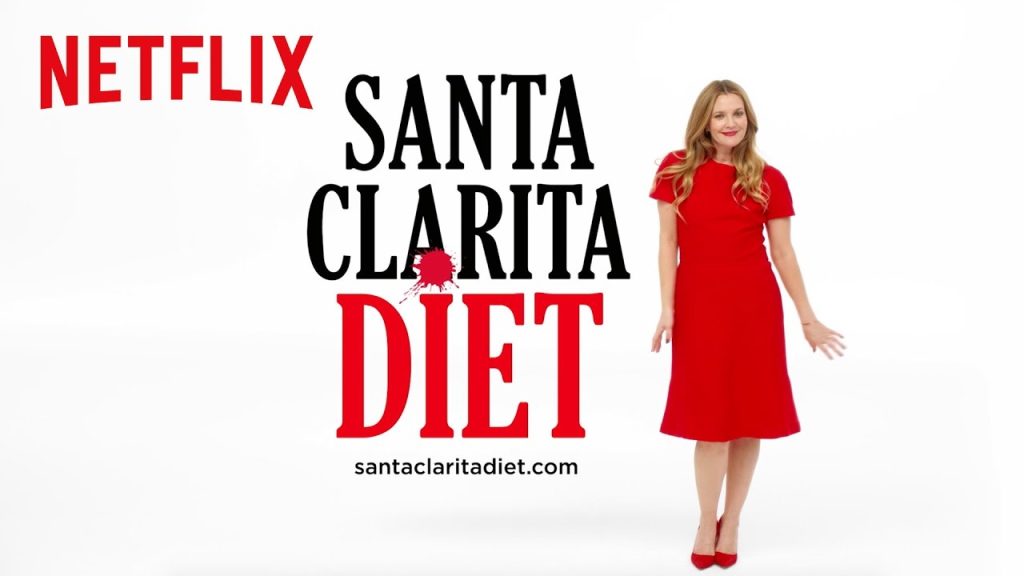 The zombie-comedy, ‘Santa Clarita Diet Season 3’ is finally coming back on Netflix. The official trailer of the show was recently released, and it is outstanding. After its debut in February 2017, the series became a fan favorite. It was later renewed for a third season in May 2018, soon after Season 2 premiered.
The story of the show is based in the suburban town of Santa Clarita. It stars Drew Barrymore and Timothy Olyphant as Sheila and Joel Hammond. They live a happy married life with a teenage daughter Abby (Liv Hewson). However, their sweet and simple life complicates when Shiela transforms into flesh-eating Zombie.
On its way to the third season, the show embraced a fair amount of positive reviews and accolades. People have by far appreciated Barrymore and Olyphant’s performances. The second season was received better than the initial. Fans hope that the new season turns out to be the best of all.

Netflix releases the official trailer of Season 3. It is funny, exciting and confusing at the same time. Shiela carries on with her killing-spree to soothe her appetite. On the other hand, she offers Joel to become a Zombie. However, Joel seems like he dislikes the idea.
This leads to the question, will Joel turn into a Zombie for Shiela? As per the trailer, the couple may have some problems in their relationship due to the same. While Joel struggles to convince himself, Shiela wants him to survive as a zombie for as long she lives. However, the duo does solve their complications, we are still unknown if Joel accepts her offer.

We may also see Abby and Eric (Skyler Gisondo) bond in Santa Clarita Diet Season 3. Both of them seem to open up a bit about their feelings in the trailer. The new season will focus on their romantic relationship.
A teaser was also released on the Valentine’s Day. The short video was a collection of short clips from the trailer. Moreover, Netflix and cast members shared the teaser on their social media.

Along with the marvelous trailer, Netflix also releases the official poster of the show. Netflix’s See What’s Next Twitter handle that provides news about it shares the picture. The poster is a renewed version of Shiela and Joel’s life.

#SantaClaritaDiet is back and bloodier than ever on March 29 pic.twitter.com/XBlgf4qAVA

The release date of the show was declared along with the teaser on Valentine’s Day. The new season will premiere this month, on March 29, 2019.
Santa Clarita Diet is a laugh-out-loud comedy show loved by a vast number of fans. The Netflix Original is one of the most anticipated comedies this year. Moreover, it will soon be ready to binge watch on the streaming platform. Hopefully, Season 3 will match with the fans’ expectations.