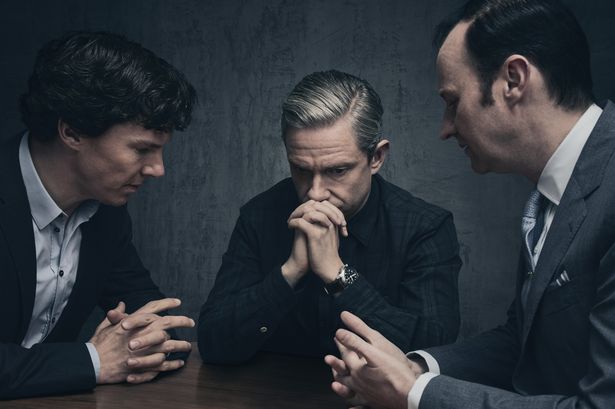 Sherlock Season 5: The Doors For Another Season Are Not Shut!

Sherlock Season 5 is one of the most anticipated TV Series around the world. Acquisition of Sherlock Season 5 being a mere dream have surfaced. However, Team Sherlock doesn’t relate to that. On the other hand, Season 5 is a possibility in the future.
Sherlock is loved all over the world. The Game is On, incomparably brings an adrenaline rush. The “Conundrums” are duly missed. 221B Baker Street, Dr. Watson’s disappointment, Mycroft’s concern, Mrs. Hudsons’ secrets, and many more things are still far away from finished in Sherlock. However, firstly understand the reason why Season 5 of Sherlock is considered to be not happening.

Why The Acquisition Of Season 5 Of Sherlock Not Happening Surfaced?

Sherlock Season 5 is considered to be lost cause because of two reasons. Firstly, the title of the last episode. Secondly, misinterpretations of statements given by members of Team Sherlock.


The finale of Sherlock Season 4 was titled The Final Problem. This title stands as the sole reason behind the acquisitions of Sherlock getting canceled. However, the season finale saw some significant scenarios which define that a lot is remaining in the series. The mystery behind the Redbeard clarified. However, Sherlock is still affected by Moriarty. Moriarity proved to be still haunting Sherlock and clarity about its end is yet not given.
There are emotional aspects that had risen in the finale when Sherlock met his Sister. Mycroft knows the condition of his brother in attachment to emotions. The situation between Molly and Sherlock needs clarification after that I Love You. Will Sherlock and Dr. Watson will remain “Soldiers” together? There are infinite things that still require an answer, which only Season 5 can provide.

Misinterpretation of statements given by stars and creators of Sherlock is a big problem. Benedict Cumberbatch also relates to that. Cumberbatch while talking with Radiotimes said that nobody has ever shut the door on Sherlock. He added that we speak the same thing all the time and it gets excerpted in different ways.

Steven Moffat who is the co-creator of Sherlock also expressed his views on Season 5 of series. While talking with BBC Radio 2 journalist, Moffat said that he is confident of a fifth installment at some point in the future despite everybody’s busy calendars. He also revealed that as the work on Dracula was already begun, it was quite hard for the team to work on both the plans concurrently.
Benedict Cumberbatch has a very tight schedule, and it is one of the primary reason for barriers in Sherlock Season 5. The Star is currently busy in the premiere of upcoming television drama film Brexit. It is scheduled to be released on January 19 on HBO.