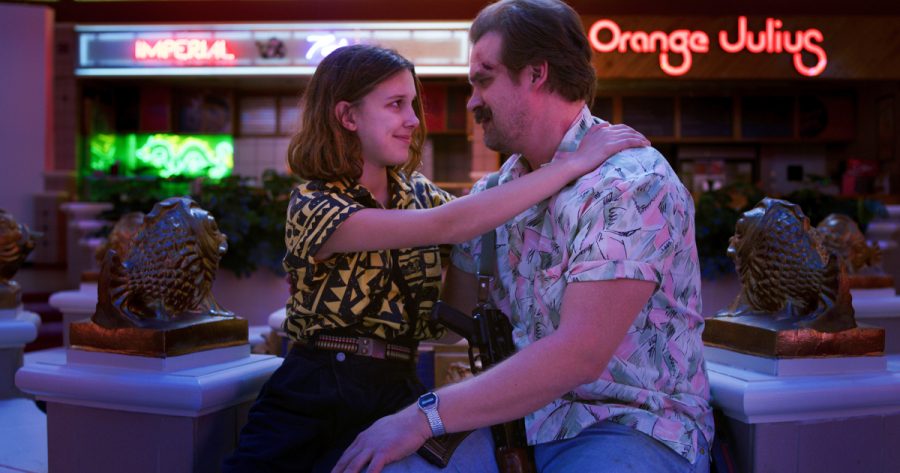 Millions of fans from around the world await Stranger Things Season 4, and yet, Netflix isn’t ready to give us the season soon. Delaying the release yet again, the streamer is planning to take around the same time Season 3 took to return. However, the installment will sure be a lot more thrilling than ever before. Here’s everything we know of the future as we move outside of Hawkins.
Back in 2016, Netflix introduced us to the fictional town of Hawkins, Indiana. Full of mysteries, the bizarre town homes an entire alternate dimension. Everything started with Will’s disappearance, and now we have the Season 3 finale where our mighty heroes win over the Mind Flayer. Since the kids aren’t kids anymore, the battle has become even more intense now. Stranger Things Season 4 awaits another set of problems with a bunch of new characters.

Season 3 of the sci-fi series premiered at our screens on July 4, 2019. While we were all certain that the show deserves another season, the popular streaming giant took too long to make an official announcement. After a couple of months, Netflix finally renewed Stranger Things Season 4. Besides greenlighting it, the streamer also released a short teaser on its social media accounts.

According to recent reports, the cast of Stranger Things Season 4 may take a while to begin shooting this time. As of now, the productions are scheduled around January 2020. Further on, they may continue until August of the same year. Sadly, the delay in the filming schedule may push the premiere of the upcoming installment.

The teaser released besides the renewal announcement of Season 4 reveals that we are now moving out of Hawkins this time. The upcoming installment will take us to another town or locality. Hence, we may get to meet several new characters this season. While we don’t know how many of them will be important to the storyline, we do know the characteristics of a few.
In a recent report, Duffer Brothers have revealed some major details about the new characters. TVLine explains that the show creator are currently looking for four male actors, three of which will be teenagers, while the other one has to be adult.


While describing their roles, the brothers express that one of the adolescent trio will be a metalhead. Whereas the second one is an entitled jock and the third sounds a lot like the twin of a character, Jeff Spicoli from Fast Times at Ridgemont High. On the other hand, the adult addition to the cast will likely be a part of the new town, far away from Hawkins.

As mentioned above, the delayed production schedule of Stranger Things Season 4 may push the release date much later this time. Since the filming won’t end until August next year, a Summer 2020 premiere is highly unlikely. As of now, fans are suspecting the installment to return by April 2020. In fact, the reason behind the same is pretty bizarre too.


A Redditor has an interesting theory to claim that Season 4 will premiere on April 3, 2020. He observes that Hopper’s uniform from the last installment was numbered 403. We also saw the number on Mrs. Driscoll’s room when Nancy visited her in Season 3 Episode 4, which is 304 (backward of 403).
Since Chernobyl happened in April 1986, and Stranger Things Season 4 is set in 1986 too, the user relates it to the event. He also adds that the season may be about that event. What do you think of the theory? Tell us in the comments below.