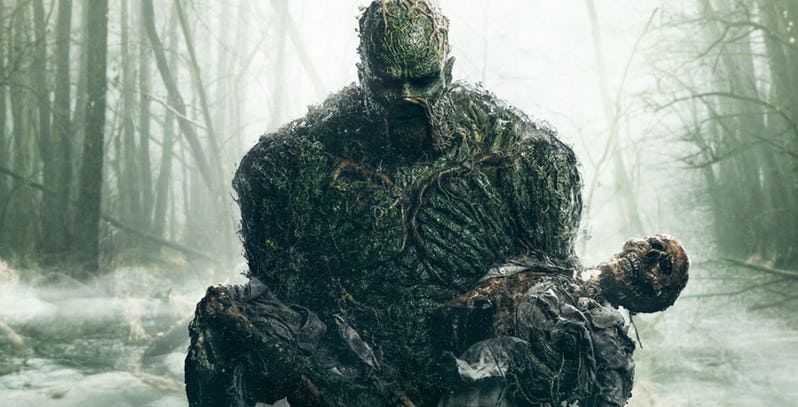 The producers of the American horror drama based on the DC comics character despite having an incredible response could not hold on the show. Within five days of the premiere, the DC Universe canceled the Swamp Things Season 2. They also reduced the show’s episode strength to ten episodes from thirteen. Current scenario of the network is to release the remaining episodes of the season and finish the show. The finale of the first season will premiere on 2 August this year. The reason for cancellation as given by authorities was creative differences between the network’s parent company Warner Media.
The show centers around a CDC doctor, Abby Arcane, investigating a life-threatening plague that has affected Louisiana and meets another researcher Alec Holland, to try and find the root cause of this epidemic. But one day, Holland’s tragic death leads Abby to get out the reason behind it, only to find out that he may not have died.

For the show, the creators chose the shooting destination as North Carolina. Reason being it is a state that grants ample tax rebates to production organizations as a method to attract investment and develop creative industry jobs. For niche-market style shows, those tax breaks form a considerable chunk of the production funds. These funds become a vital factor in profitability after the network has traded for national and international rights.
The writer, Brett Schenker hints that a recent decrease in the North Carolina budget may have resulted in those anticipated tax rebates to disappear. If that’s the case, a show on the knife’s edge like Swamp Thing would go through the blade and would die without any renewal. Brett is hopeful about the shortened series that the first season would not end in a cliffhanger.

What Is The Real Reason  Behind Cancelation?

On the one hand, a DC Universe community manager stated that they (the company) is not in a position to answer the reason behind the cancellation. On the other hand, James Wan, the executive producer, said that he does not understand the logic behind the cancellation.
So we cannot judge what is exactly happening. We got the news that AT&T just acquired DC’s parent company, Time Warner.

It shows that the media conglomerate might be researching on the financial stability of running DC Universe. The reason being WarnerMedia is planning to begin its competing streaming service soon. Also, according to news sources, DC was never particularly attracted to Swamp Thing initially. Probably that is why they abbreviated the number of episodes. So the aspect of not having enough reserves in the form of tax breaks also could be a fallacy. As the director of the North Carolina Film Office had also denied the allegations on the expected tax issues by the production house

As of now, the only news that lies on the surface is of cancellation. Also the cast in occupied with other projects. So right now, the fans should focus on enjoying the first season, which is currently streaming on the network. If the producers in the future feel that the show needs a revival, they will eventually do it with style. We have seen many instances where a series has made a come back where there was no hope. So, fans should not get dejected and experience the thrill of the swamp city.