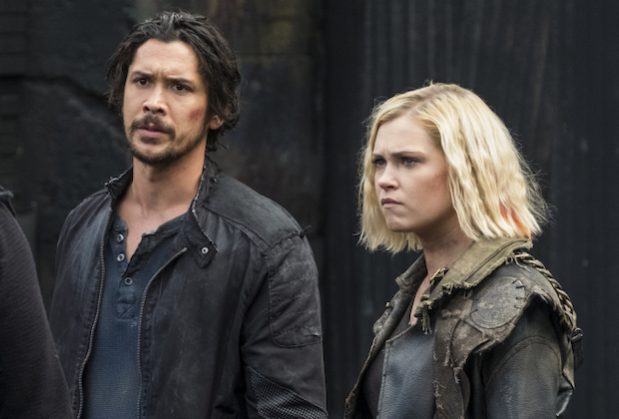 The 100 Season 7 is finally arriving at The CW and Netflix again. Well, sadly, it is the final season we’d get of the series. However, this may not be the last time we see our favorite characters on screen. Showrunners of the popular series are planning to make a spin-off soon. Here’s everything you need to know about it.
With its debut back in 2014, the sci-fi series became a fan-favorite amongst all The CW viewers. The series soon arrived on Netflix again and managed to impress millions of subscribers. Loosely based on Kass Morgan’s novel with the same name, The 100 introduces us to a group of post-apocalyptic survivors. A hundred of the juvenile adolescents are then sent back on Earth to determine whether it’s still inhabitable years after the nuclear apocalypse.

Over the course of its run, the series has performed exceptionally well and has kept the audience wanting more. The 100 Season 7 was in high demand as well. Hence, the network ended up renewing the show again. The news was announced soon after Season 6’s conclusion on The CW and premiered on Netflix in August 2019. However, the announcement soon turned out to be a piece of bad news for fans as the seventh installment turned out to be the last one of the series.
Not many of the fans were happy with the same, however, they had to agree that the series has to conclude at some point in time. The cast and crew soon began productions for the last round. Like all other installments, filming started in August this year. As history suggests, the team may wrap up the shoot by January 2020.

Fortunately, the popular dystopian show is set to have a spin-off series soon. The network has already ordered a backdoor pilot for the upcoming show. The new spin-off will actually be a prequel to the original. It will take us 97 years back in time from the incidences of The 100. Fans will get to know how the apocalypse happens and everything related to it. In fact, The CW is planning to release the planted pilot as a regular episode in The 100 Season 7.
However, the new spin-off may not premiere on Netflix anymore. The CW recently ended its contract with the international streamer. Hence, none of its shows will now hit the Netflix screens, including the new The 100 prequel. The new episodes may arrive on HBO Max instead, although the news is yet to be confirmed.

When Will The Last Installment Premiere?

As of now, The 100 Season 7 is yet to have an official release date. However, the show has always had a steady release pattern over the course of its six years run. Previous two installments premiered on The CW from April to August 2018 and 2019, respectively. Although, they then arrived on Netflix by August. Hence, the upcoming chapter may air around the same time. It may hit The CW by April 2020 and Netflix by August 2020.
Are you excited for the final showdown? Tell us in the comments below.