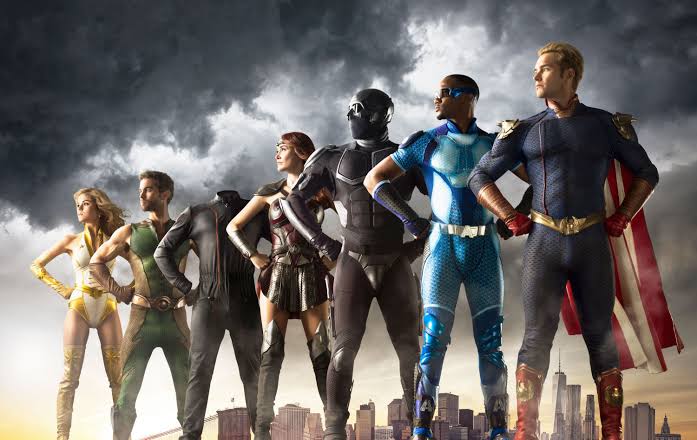 The Boys Season 2 is coming for sure, and we wonder how sooner? Amazon’s new series was renewed for a second season, without even the premiere of the first one. The Boys have hit the viewers’ screens this summer, and fans profoundly adored the series with superheroes.
Earlier, Karl Urban, who played the main character of The Boys, hinted to the sooner release of series, and now Jack Quaid indicated the expected plot of the Boys season 2. Fans must be aware that shooting of the Boys season 2 is already wrapped up.

Talking to the media sources, the star, Jack Quaid, who played the role of Hughie, shared that no one is prepared for what’s coming in season 2. It will turn the fans crazy. Also, he added that on a measuring scale of insane moments, it is a lot bigger because he has done the things he will never do again, and it will make the fans say, “What the hell?”
Furthermore, he said that the thing about The Boys season 2 is not only more fights. The characters have gone much more in-depth, and that’s important. He is excited about how the fans will delve into the characters to understand them. He remarked the second season much better than the first one. Can anyone please guess what they are up to?

If we try to interpret Jack Quaid’s words- it may happen that Billy Butcher, along with the Boys, may realize that injecting Compound V into themselves is the only way they can give a fight to The Seven. However, it is difficult to say how The Boys will bring down the invulnerable Homelander without leveling equal to play.
The showrunner Eric Kripke also hinted at the importance of Compound V in the plot of the story. He said that the show allowed an only magical vaccine called Compound V and will give you unpredictable superheroes. Do you imagine our superheroes to be influential with the help of some injection?

A few days back, the most favorite and the main character of the show Billy Butcher aka Karl Urban, posted something on Instagram. The actor posted a dashing picture on Instagram with two of his co-actors in. He wrote in a caption that they had wrapped filming, thanking his crew and cast. Also, he indicated the release of series in 2020. This announcement of Karl Urban makes the earlier rumors real, which said that The Boys Season 2 would premiere only a year after the release of its’ first season.

Story Of The Boys

It is a series based on a book. The focus of the series is Hughie Campbell, whose girlfriend was murdered. A superhero A-Train ran into her at super-speed. Hughie approaches Billy Butcher, who is an operative of a shadowy organization. It aims to spank superheroes who go out of line. Well, the rest, you must know if you already watched the series.

The Boys Season 2: Trailer Out?

Not yet! The trailer of the series has not come out. We are waiting for it too. As, if the shooting is wrapped, it might come soon. It is up to the production team when they decide to release.

Probably not! As per the revelations of most of the cast is the same as the first season. Karl Urban will come back as Billy Butcher, alongside Hughie, who was played by Jack Quaid. The others will also come back. Breaking Bad’s Giancarlo Esposito, who played the cameo in finale of season 1, will return as Vought Supremo. About him, the series creator said that he would be an essential character for season 2.

Not really. Neither the trailer nor the release date of the Boys Season 2 announced yet. If we take the post of the actor seriously, then the series may come by mid-2020. With the wrapping of the shooting, fans can expect it to be announced soon. If we receive any updates, we will tell you here. Till then, please stay connected with us!