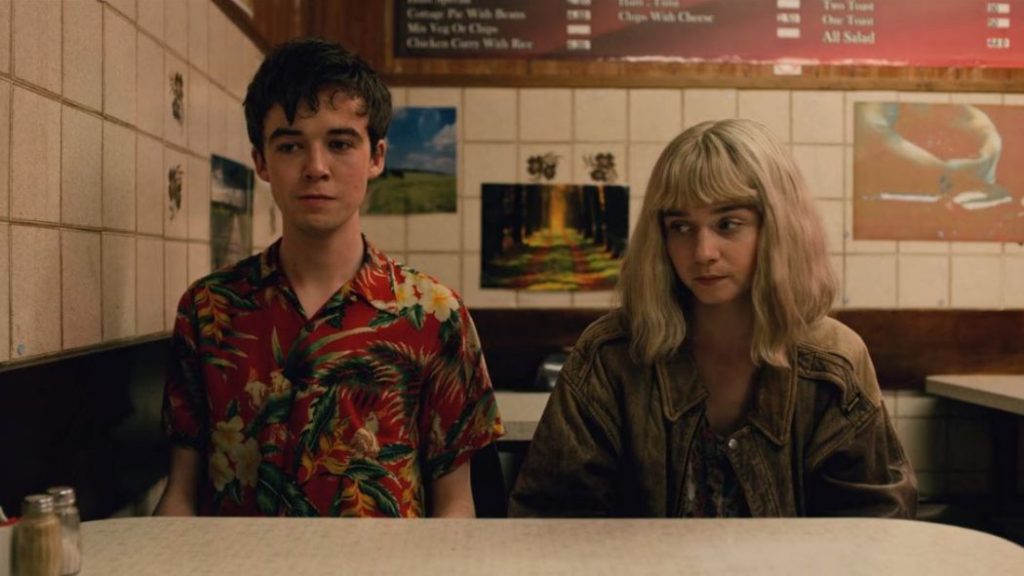 The End Of The F***ing World Season 2: All The Latest Updates

Can you still be liked even after doing everything wrong? Maybe not, but James and Alyssa can, and they indeed are loved by all of us. Both the leads are finally returning for ‘The End Of The F***ing World Season 2.’ The show was renewed for a second season in August 2018.
The crazy dark-drama was initially released on Channel 4 and All 4 in the UK. Later, Netflix made it available for the international audience as well. Moreover, the Netflix Original series received an immense amount of love from the viewers for all the right reasons. It is also critically acclaimed for its performances, cinematography and an unpredictable premise.
Initially released in January 2018 (Netflix), the series follows an unusual set of storylines. The leads James (Alex Lawther) and Alyssa (Jessica Barden) manage to do everything wrong they can. However, the story makes root for both of them despite everything. Audiences feel a different kind of connection with the kids that does not demand them to do right.
The show is different from any other teen-drama. It revolves around the two leads which runoff from their parents’ houses on a risky journey. Moreover, it leads them to steal a car, rob a petrol station, injure a police officer and even commit murder. But the fans join them with every single thing they do. But after everything that happens in the season finale, fans are still unsure of what may happen in Season 2. Hence, here’s everything you need to know about it.

The End Of The F***ing World Season 2: Production Begins

Official Netflix also shares the news on Instagram. Fans are incredibly excited for the release of another season.

The End Of The F***ing World Season 2: Will James Return?

After all the chilling episodes, the first season ends with James running for his life in the finale. This follows a gunshot that apparently hits him. Fans were left wondering if he will survive or will they lose their favorite character from the show. Moreover, all the admirers of the show hope that James survives.
Showrunner Jonathan Entwistle tries to explain James’ fate. He says that he is not central to any future direction of the show. However, he adds that his presence may not change the message of the show. This creates more confusion about his appearance in the show. The show makers are yet to confirm if Lawther is still in the cast.

James is a very important character in the story. At first, he thinks that he was a psychopath. But after meeting Alyssa, he realizes that he surely isn’t one. In the end, James assumes that the only way to make Alyssa’s life better is to run. So he runs and ends up getting a bullet from behind by the police. Fans expect him to return as the story may feel incomplete without him.

The End Of The F***ing World Season 2: Release Date

James and Alyssa will be back. Jessica and The End Of The F***ing World, both hint the premiere in their Instagram post. The post wishes ‘Merry Christmas.’ It also says, ‘And a happy f***ing new year.’
Both the posts hint that the new season will premiere between Christmas and the New Year of 2019. Or we may expect Season 2 to release around the end of this year. Channel 4 and Netflix are yet to declare a concrete release date.

The writing, execution and subject matter of the show are praise-worthy. The performances of both the leads have won the show several awards. Fans have high expectations from the series. Hopefully, “The End Of The F***ing World Season 2” will be as successful as the previous season of the black-comedy drama.