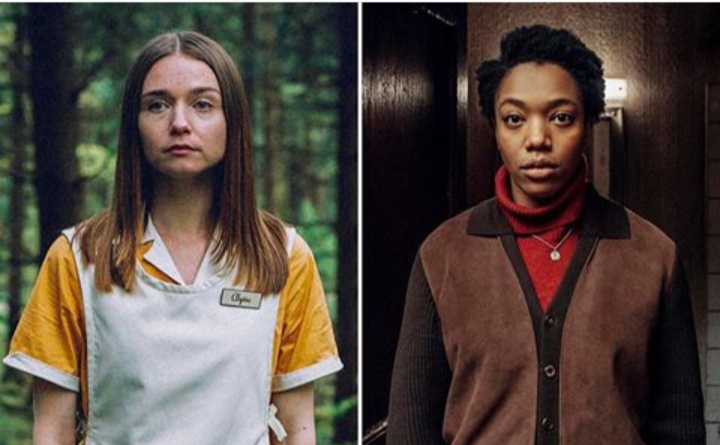 The End Of The F***ing World Season 2: November Release & Details

We’ve all been demanding ‘The End Of The F***ing World Season 2′ from Netflix since so long. Fortunately, the second season of the black comedy will be back on our screens this November. Moreover, as per speculations, the story of the series may go wild this time. Are you excited for the latest installment? Here’s everything to know.
The story of the show revolves around two crazy teenagers, James and Alyssa as they flee from their parents’ houses. They get into a bunch of troubles on their risky journey to find Alyssa’s father. Moreover, the trip leads them to steal a car, rob a petrol station, hurt a police officer, and even commit murder. However, despite everything they did, we end up loving the couple so much so that we don’t want them to get arrested.


Initially released for Channel 4 in the UK, the series later premiered on Netflix to reach the international audience as well. However, the dark comedy earned recognition only after its release on the streaming platform. Alex Lawther and Jessica Barden as James and Alyssa were immensely praised by critics and audience alike. The highly-rated show debuted in October 2017 on the television network, while it took a few months until January 2018 to reach Netflix subscribers.

With the amount of popularity it gained with its debut, Netflix had to renew ‘The End Of The F***ing World Season 2.’ Hence, the renewal was announced back in August 2018, over social media. The productions began months later in March 2019. Netflix and Jessica Barden shared the details through tweets and Instagram posts. As of now, the cast and crew are still filming for the installment.

The End Of The F***ing World Season 2: Is James Alive?

TEOTFW Season 1 left us hanging on one of the craziest cliffhangers ever. On the verge of getting arrested, the lead characters attempt to run away. The season ends with James getting shot by the police as Alyssa is captured beforehand. Creators of the show left no room for us to guess if James survived the gunshot or not. However, most of the fans hope that he survives in order to be back in Season 2.

we'll be f***ing back. pic.twitter.com/K1Ai7iVeZD

None of the pictures from the production of Season 2 reveal if Alex Lawther will be back to play his character. Moreover, the showrunners are yet to confirm his presence in the show. On the other hand, the actor expresses that James apparently fails to survive in the original version of the story. However, he adds that he really likes the chosen ending as it expands the plot for a second season.

New Addition To The Cast Of Season 2!!

Netflix gave us a big surprise this time. The End Of The F***ing World Season 2 will introduce us to a brand-new cast member. Actress Naomi Ackie is set to join the cast of the anticipated installment. She will be playing the role of the new character, Bonnie. The news was declared through her latest Instagram picture. However, no further details were revealed except the name of the character.
https://www.instagram.com/p/B2EvHAtAKn6/?utm_source=ig_web_copy_link

The second installment of the popular show will be back by this November. Season 2 may premiere at any point of time in the month. We may have to wait for a while before Netflix announces a firm release date. The streamer declared the release time with its latest social media post. Moreover, the post also had a picture of both the actresses, Jessica Barden and Naomi Ackie alongside the anouncement. Fans are delighted to hear the news. However, the comment section is full of questions about James’ return.

TEOTFW is one of the best dark comedy-dramas on the streamer today. The wonderful coming-of-age story recently won a Peabody Award. Moreover, the series receives praise for being incredibly fun and unorthodox.