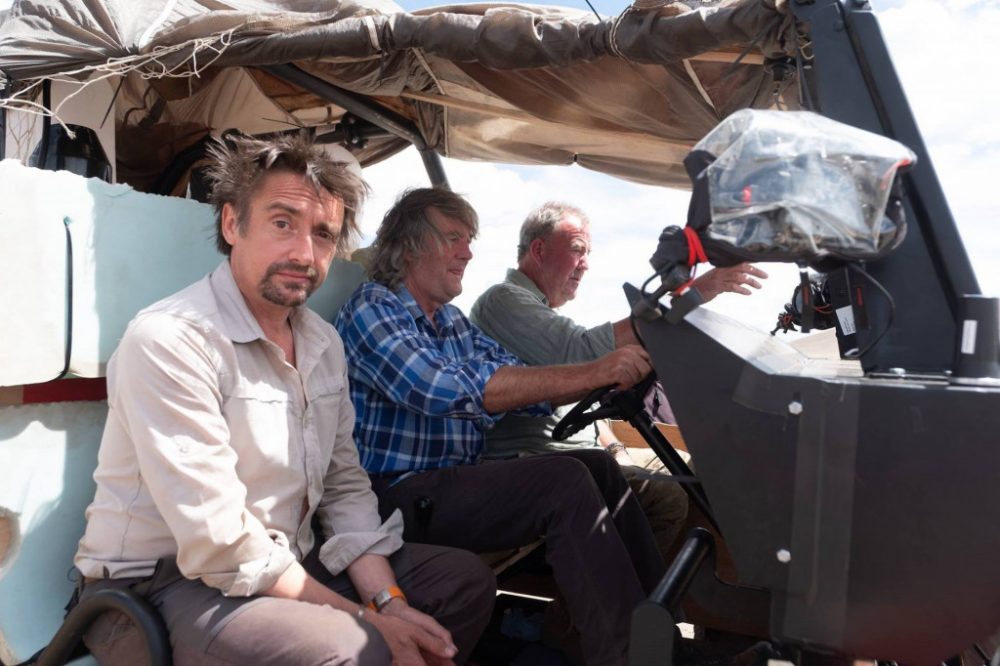 Keep the cars ready; the Bad Boys are coming back!! There was a lot of buzz going on for the fate of this show, and now Amazon has confirmed The Grand Tour Season 4. This means, the trio will be back racing, drifting and mocking (as usual!) for another round.
The show has kick-started it’s filming and will be having quite a lot of changes in the format this time. The show which is hosted by the three stars Jeremy Clarkson, James May, and Richard Hammond is a massive hit among its viewers ever since its release. Locations for the show has the viewers heart and the mind-blowing stuff that the trio attempts, keep the audience on its nerves. The show is highly popular for its uniqueness and the way it is pulled off on air.

The Locations For The Grand Tour Season 4

The New Format Of The Grand Tour Season 4

The format for the new edition of The Grand Tour will see quite changes. The show used to get filmed with a live audience in a traveling tented studio will now be forsaken due to the addition of more of the road trip episodes. These episodes, just like the previous seasons, will be known as the Adventure Specials.
After the grand success of the Mongolian Adventures episode that released last year, the show will be focusing on such adventure-seeking episodes. Moreover, its quite evident that the viewers want to see their heroes more in action!

Jeremy Clarkson Takes It Down To Social Media for Season 4

The hosts of the show shot some scenes in Cambodia in the last month. The boys recreated The Beatles’ iconic photo of the Abbey Road in the splendid lights of Siem Reap’s Pub Street.

Recently Jeremy Clarkson got quizzed by one of his 7.2 million followers on Twitter. A follower tweeted What happens to the cars which are used after filming for the specials. The host of the show was rapid, with a furious reply to the tweet. He said that he had taken most of the cars he liked to his home. Jeremy tweeted that the Jeep from Colombia and the Alfa from Scotland are at his house.
Jeremy, in an interview, told that he never runs out of ideas. Someone asked him, what can he do with a car that he hasn’t done already. Jeremy replied that his head is full of enough ideas for at least the next five years. Well, one can also take it as a good sign for the further “Grand Tours.”

Well, precisely the release date for the fourth installment of The Grand Tour is not yet confirmed. However, considering the pattern followed by the releases of the previous seasons, the show is expected to go on air by February 2020.