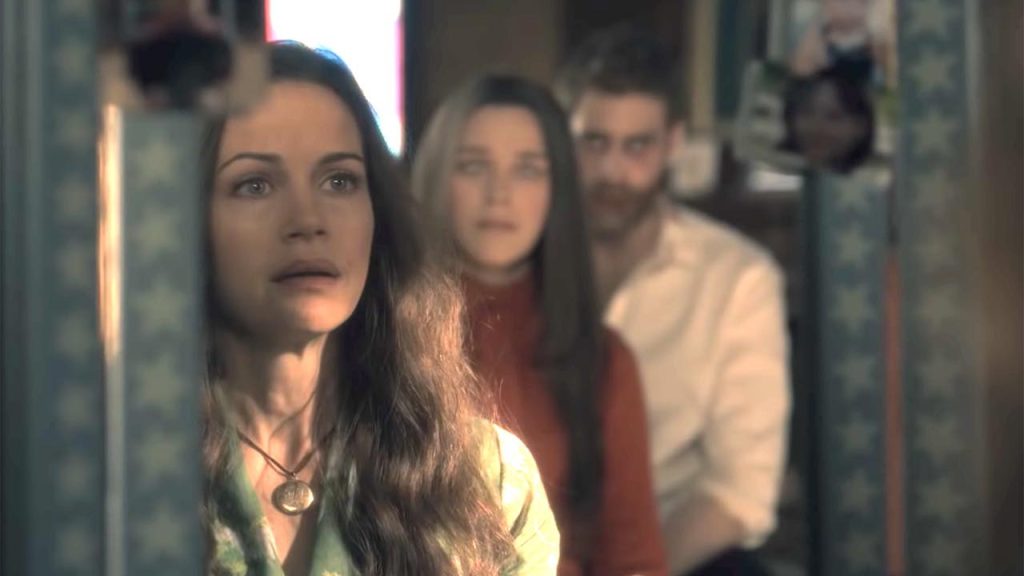 The Haunting Of Hill House Season 2: Will It Discuss The Hill House?

Netflix recently announced the renewal of The Haunting Of Hill House Season 2. The new season will be about an entirely different haunted house this time. Moreover, the second installment will now be called The Haunting Of Bly Manor. But will it discuss the Hill House anymore?
The finale of the debut season was astonishing. It was scary, emotional, heart-warming and heart-wrenching at the same time. Though it ended on a happy note, but fans still feel that the story is incomplete. There are many aspects of the plot that need to be discussed. However, as per creator Mike Flanagan, The Haunting Of Hill House Season 2 will not address Hill House anymore.
Hill House, full of mysteries and souls-at-unrest, grabs the audiences deep into its secrets. The story of the show revolves around the Crain family that moved in the Hill House to ‘fix’ it. As the story proceeds, the house, a living entity, takes control over them. It deeply affects the lives of each and every family member and causes them miseries.

Every viewer could feel the misery that the Crain family goes through. The hidden ghosts add up to the horror factor. The performances and film-making efficiency enhances the story. Fans now have many questions about Season 2 as they hope to see more of Hill House and the Crain family. Hence, here’s everything you can know about the upcoming season.

The Haunting Of Hill House Season 2: Will It Discuss Hill House?

Unfortunately, the new season or any of the upcoming seasons may not discuss the Hill House anymore. Neither will it address the return of any Crain family member. Season 2 will now focus on the paranormal activities that took place in Bly Manor. Moreover, it will narrate the story of entirely new characters.
The Haunting Of Bly Manor will be an adaptation of Henry James’ famous novella, The Turn Of The Screw. It tells the story of a governess who is hired to take care of two kids. All three of them live in a mysterious mansion called the Bly Manor. Moreover, as per the novella, it may not be based in recent times.
As the story of Hill House and Bly Manor are based in two different times, it is difficult to relate them in any manner. Moreover, creator Mike Flanagan believes that the Crain family has already been through a lot. Besides, he does not desire to discuss their story anymore.

The Haunting Of Hill House Season 2: Will The Actors Be Back?

The first season of the show was blessed with amazing performances. Fans and critics have appreciated all the actors and their efforts into the series. Hence, they naturally want to see more of them in the next season as well. However, the return of any of the cast member to Season 2 is unlikely.

Mike Flanagan is a well-experienced film-maker. He has previously created many gems to the horror genre. This includes Gerald’s Game, Hush, Oculus and many more. However, as per history, he usually recasts his favorite actors in his upcoming projects. This suggests that he may as well repeat few of the cast members to Season 2.
However, the director denies to this expectation and states that revisiting any of the characters seems unnecessary. Moreover, he confirms that he may not want to recast any of the actors in Season 2 particularly. Hence, fans may not get to see their favorite actors on The Haunting Of Bly Manor.

The Haunting Of Hill House Season 2: More Ghosts In The Background

Everything about the first season was fascinating. Aside from the visible ghost, fans were also given dozens of hidden spirits in the background. This was not just intriguing but also scary at the same time. Hence, we expect to see more of them in the next season.
The new season may not be related to Hill House, but it will also have many hidden ghosts again. Flanagan confirms that The Haunting Of Hill House Season 2 will apparently have even more spirits in the background. When asked by a fan, the director replies that they are ready to up their game in the next installment.

We are already discussing how to up our hidden ghost game. https://t.co/rW4AW0LpF2

The Haunting Of Hill House Season 2: When Is It Releasing?

The showrunners recently announced the arrival of Season 2. The announcement includes the new name of the second season, The Haunting Of Bly Manor. Moreover, it also mentions the premiere of the show. The teaser says that Season 2 will arrive in 2020. Netflix is yet to declare a firm release date.

You guessed it. The HAUNTING OF BLY MANOR, a new chapter in the Haunting series based on the works of Henry James, is coming in 2020. pic.twitter.com/nvhRBEfH2E

The Haunting Of Hill House is one of the best horror shows of all time. It receives much admiration from fans and critics. Mike Flanagan is known for his work in the genre. Hopefully, he will show his magic again in The Haunting Of Bly Manor.